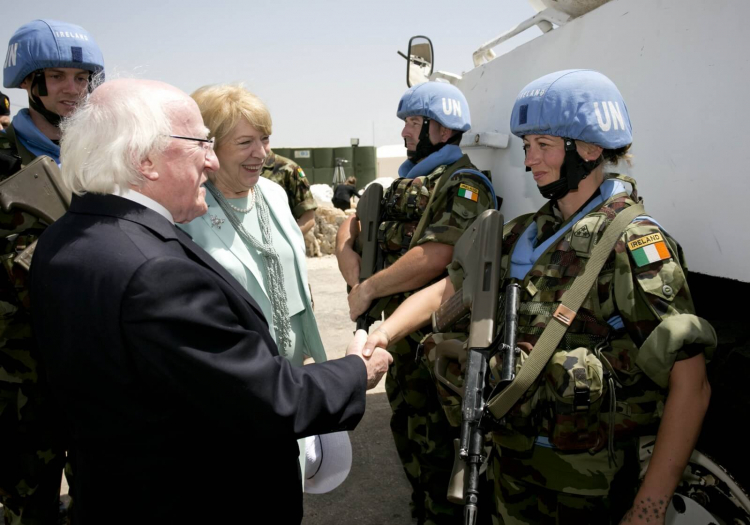 President Higgins has expressed his pride that Ireland is the only nation to have a continuous presence on UN-mandated peace support operations since 1958.

In 2018, in his speech to peacekeepers and their families, President Higgins acknowledged the “professionalism, the bravery, and the commitment to peace and humanitarianism” that lay at the core of the Irish peacekeepers' engagements. The President also called for more women to join peacekeeping missions.

Earlier that year, President Higgins addressed the General Assembly of the United Nations, saying that “building and sustaining peace is an enormous task, yet one that we must achieve together as a community of nations.”

In July 2012, the President led a ceremony to commemorate the Irish men and women who lost their lives while serving with the United Nations on peacekeeping duties. (Details here)