Address on 60 Years of Peacekeeping

As President of Ireland, I very much welcome this opportunity to acknowledge the professionalism, the bravery, and the commitment to peace and humanitarianism that lie at the core of the Defence Forces’ engagement as peacekeepers.

It is a great honour to have the opportunity of marking the 60th anniversary of Irish peacekeeping; to honour those who have served peace in the name of Ireland, to honour their families and in a special way the families of those who have died or were seriously injured in the service of peace.

For over sixty years, United Nations peacekeeping has served as the standard bearer of the world’s shared commitment to international peace and security.

Ireland has a long and well-respected history of participating in peacekeeping missions, both civilian and military and today overseas service is an integral part of life in the Defence Forces and the Garda Síochána.

For over 60 years, not a day has passed when an Irish soldier was not on peacekeeping duty somewhere in the world. As peacekeepers, our Irish troops were not at war on behalf of Ireland but were operating in places where war was relentlessly occurring.

Irish Defence Forces personnel have served in peace support missions all over the world in Europe, Africa, the Middle East, Asia and South America, completing over 66,700 tours of duty. Our participation in UN and UN-mandated peacekeeping missions is a tangible demonstration of Ireland’s commitment to the pursuit of international peace.

Since June 1958, members of the Defence Forces have manned observation posts, stood guard or patrolled a zone of separation, somewhere within the world’s most volatile places. This is a unique record and one of which the Defence Forces and the Irish people can be justifiably very proud.

Today there are 637 brave Defence Forces men and women serving overseas in 9 different missions in various parts of the world. For these Irish men and women, service with the United Nations is rightly regarded as noble and important. The effectiveness of the United Nations depends on its reputation as a force, for peace, for good, in the world. Ireland’s participation in UN and UN-mandated missions illustrate the very positive and practical difference that small countries, like Ireland, can make in the world’s conflict zones.

It was in 1958, just three short years after Ireland gained membership of the United Nations Organisation, 50 Irish officers were deployed to the United Nations Observer Group in Lebanon (UNOGIL). They were tasked with ensuring that there was no illegal infiltration of personnel, or the supply of arms, or other life threatening material across the border between Lebanon and Syria.

I have been privileged as President and in my Constitutional role as Supreme Commander, to visit our peacekeepers deployed to the Lebanon as part of the United Nations Interim Force in the Lebanon (UNIFIL). While I was there I witnessed, at first hand, and indeed with great pride, the dedication and professionalism of our military personnel in the Irish Defence Forces.

As President of Ireland, I very much welcome this opportunity to acknowledge the professionalism, the bravery, and the commitment to peace and humanitarianism that lie at the core of the Defence Forces’ engagement as peacekeepers.

On behalf of the Irish people, I wish to thank each and every one of those men and women for the part they have played, through their service all over the world, in continuing the proud tradition of Irish peacekeeping.

This tradition is an essential component of Ireland’s foreign policy, driven as it is by the very values and principles that have guided the actions of our state on the international stage ever since independence – a commitment to multilateralism and to the values of peace, international security, and global justice.

But may I also take this opportunity to acknowledge again, as I have before, the vital role played by the families of those Members of the Defence Forces and An Garda Síochána, without whose support, encouragement and loyalty it would not be possible for their family members to serve overseas.

I know that I speak for all Irish citizens when I say how deeply we appreciate the generous sacrifice you make to ensure that Ireland remains a leading contributor to international peacekeeping operations which enables Ireland to fulfil, with honour and pride, the obligations we have undertaken through our membership of the United Nations.

Ireland’s peacekeeping reputation has always been strongly predicated on our neutrality. As members of the UN we are committed to maintaining international peace and security, and in honouring that commitment, our position as an independent and neutral state has been greatly valuable. It has established our acceptability, again and again, as peace-makers, and peace defenders and has thus enabled us to play an effective role in the international community.

For the past fifteen years, Ireland’s commitment to international crisis management has also involved the deployment of Irish civilian experts and members of An Garda Síochána to EU Missions in Africa, the Middle East, the Western Balkans and the Caucasus. We can be very proud of those working in conflict prevention and in the most important tasks of post-conflict operations, working as they have been to rebuild civic institutions and restore public confidence in policing and in the rule of law.

Ireland’s approach has been an integrated approach one – to peace, humanitarian assistance and development cooperation, helping to prevent conflict and address fragility, while recognising the distinct and principled nature of our humanitarian action. A key facet of the approach to international peace support operations is the engagement of Irish personnel at all levels with the local communities, making a great bond between Irish communities and the people of the places in which our soldiers serve.

Liaison with the local population and the provision of support and humanitarian assistance is one of the hallmarks of Ireland's approach to involvement in peace support operations. Increased funding provided by the Department of Foreign Affairs & Trade for local projects, administered by Irish peacekeepers, strengthens the bonds of friendship and enables an excellent relationship to be forged between Irish personnel and the local community, which is valuable for the execution of their peacekeeping duties.

As a small country, Ireland’s proud tradition of participation in peacekeeping and crisis management operations adds weight to our voice and influence in international institutions such as the UN and the EU and helps Ireland to promote its values of justice and tolerance.

The significant role played by women in peacekeeping missions in conflict prevention, conflict resolution and peace building is so worthy of note. Since 1982 many of our most talented women have joined their male colleagues in serving in the Defence Forces overseas. Over 300 women have served overseas since 1982 and currently there are 29 women serving overseas.

The promotion of a strong gender perspective is a key element in all peacekeeping operations and must continue to be a priority to increase female participation in peacekeeping contingents. The presence of women contributes greatly to the capacity for the resolving of conflict and in connecting with local populations.

The contribution and presence of women in our peacekeeping forces has broadened the skills sets available within our peacekeeping missions and importantly has provided role models for women, both at home and abroad. There can be no doubt that integrating gender perspectives and empowering women are integral to improving the effectiveness of UN peacekeeping operations.

When I addressed the United Nations at the High Level Meeting on Peace Building and Sustaining Peace in April in New York, I referred to the remarkable work of UN peacekeepers.

I suggested that it is when the United Nations and the Member States work coherently, and together, across the pillars of peace and security, human rights, and development, real, sustained and measurable progress is possible, in the achievement of the principles of the United Nations Charter.

Sufficient and effective investment in building peace not only saves lives, it opens up all of the possibilities and opportunities for development and human flourishing that peace brings. This is all the more necessary if we are to accomplish the goals of those most remarkable representations of our shared global solidarity, the 2030 Agenda for Sustainable Development and the Paris Agreement on responding to climate change.

Let us again recall the words of the founding Charter of the United Nations,

‘we, the peoples of the United Nations, determined to save succeeding generations from the scourge of war, which twice in our lifetime has brought untold sorrow to mankind’.

Through these words all UN members assumed a most profound political and moral responsibility, not only on behalf of their own citizens and their own nations, but to the peoples of other nations.

It was clear from my meetings with the UN Secretary General and other Heads of State that there is great respect for Irish communities and for the Irish people’s understanding of the complexities of conflict situations beyond our shores.

Among those we may thank for this circumstance rank highly the thousands of members of the Defence Forces who, on their return from service overseas, have been keen to share their experiences with family and friends, thus adding to the awareness of Irish communities of areas and peoples torn by conflict, and it has built an appreciation, particularly through our young people, their parents and schools, of the delicate tapestry that has to be woven in the building and sustaining of peace on our fragile planet.

As our Peacekeeping Forces continue to operate in an increasingly complex global environment I am confident you will continue to uphold Ireland’s international reputation with pride and professionalism.

This anniversary is also a time, as I have said, to remember and honour those who made the ultimate sacrifice in the line of duty. Since Ireland’s first deployment, 86 members of the Defence Forces and a member of An Garda Síochána have all lost their lives in the service of peace overseas. Behind that stark figure lies, of course, so much lost potential and so many families ruptured and bereaved. So again, I say how our thoughts and prayers must be with those peacekeepers and their families today.

The decision by any Government to send its troops overseas on UN peace support operations is never taken lightly. The safety of our service men and women who undertake this important task must be our primary concern. We salute all of the brave women and men who serve, and have served, in peacekeeping operations around the world, and pay tribute to those who have made the ultimate sacrifice in the pursuit of peace.

Let me conclude by acknowledging once again on this 60 years of peacekeeping in the name of Ireland and the United Nations, the contributions of all former and current members of the Defence Forces and An Garda Síochána and civilian personnel who have served in peacekeeping roles overseas. Your generous and courageous contribution to the maintenance of peace has impacted profoundly and positively on the lives of so many in countries around the world. Of that legacy you can be very proud indeed.

I know that all of you present will wish me to offer a special thank you to the highly talented musicians from the Defence Forces and An Garda Síochána who have welcomed us here today. 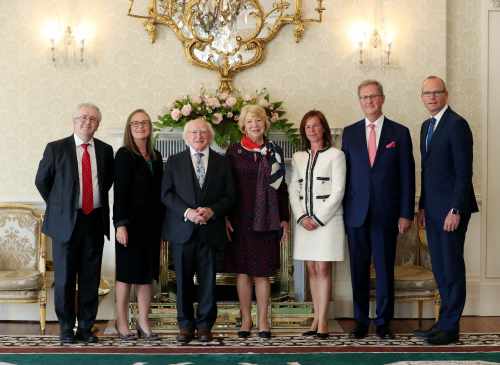 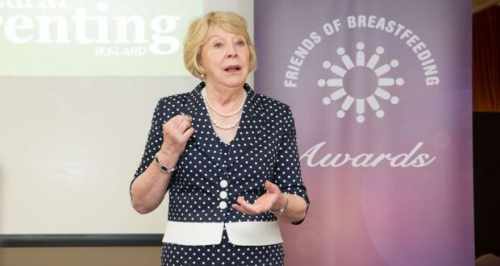