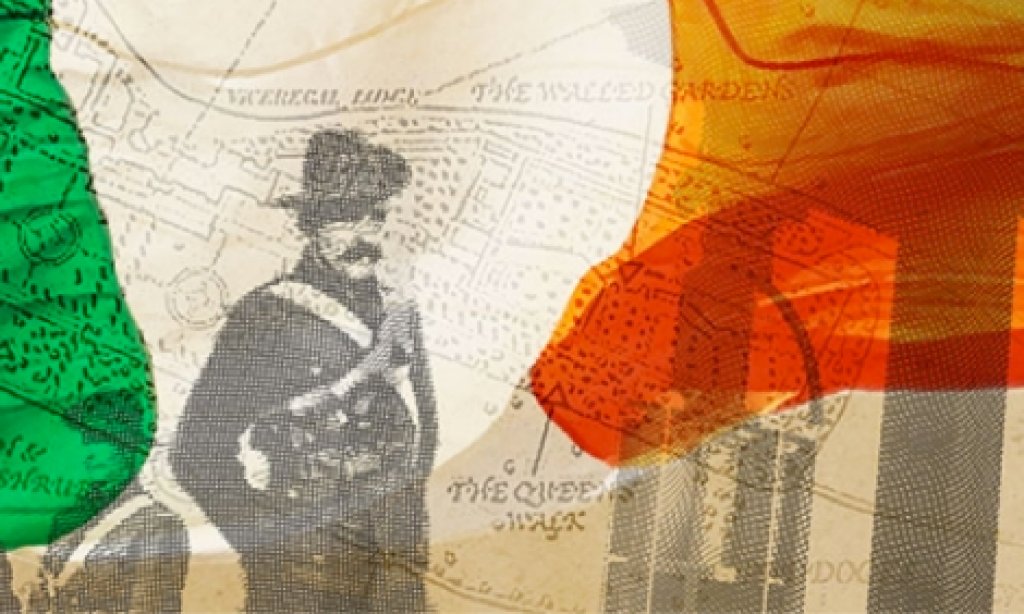 Machnamh 100 is an initiative of President Higgins that builds on his extensive work to date during Ireland’s Decade of Commemorations that has examined and explored seminal events such as the Lockout of 1913, the First World War, The Easter Rising, the Flu Pandemic, the election of 1918 and the first Dáil. Machnamh 100 is being supported by the Government and by RTÉ.

The term “Machnamh” is an ancient Irish concept encompassing reflection, contemplation, meditation and thought.  President Michael D. Higgins is hosting a series of seminars inviting reflections on the War of Independence, the Treaty Negotiations, the Civil War and Partition.

Leading scholars from different backgrounds and with an array of perspectives share their insights and thoughts on the context and events of that formative period of a century ago and on the nature of commemoration itself.

Through Machnamh 100, President Higgins facilitates presentations and discussions on specific themes, explores more fully the various aspects of that period in Ireland’s journey, and its legacy for the societies and jurisdictions that were to emerge subsequently.

On Friday 4 December, the first of these three initial seminars took place. Titled ‘Challenges of Public Commemoration’, it contemplated commemoration itself and the contexts of the national and global events of a century ago. President Michael D. Higgins opened the seminar with a reflection entitled "Of Centenaries and the Hospitality Necessary in Reflecting on Memory, History and Forgiveness."

This opening seminar contemplated commemoration itself, in the contexts of today and of the national and global events of a century ago. The historical spine in this session was the manner and context in which the constitutional and political ‘terms of settlement’ emerged in Ireland and how nationalists and unionists responded - at the time and since - to the new structures.  The implications of these responses for what ‘commemoration’ might mean today were also included in these reflections.

The second seminar in the series included consideration of European Empires following the First World War, the British Empire in particular and imperial attitudes and responses to occurrences in Ireland. It also included reflections on examples of resistance to Empire in Ireland and resistance to nationalism.

The third seminar on the series focused on issues of social class, land and the role of women, subjects that are all tangibly and profoundly interlinked in the context of early 20th-century Ireland, and how particular gradations of violence emerged and became deeply interwoven across these subjects with consequences that would shape the Ireland of today.

Issues for discussion included, inter alia, how the Land Question shaped the figure of Irish nationalism and the shape of the society which emerged from the nationalist struggle with consequences for society and culturally; the impacts of the independence struggle on women, as well as their role in activism and participation; and possible futures will be considered in the context of  settlement talks between Britain and Dáil representatives following the first meeting of the parliament of Northern Ireland (June 1921) and the military Truce (July 1921).

The fourth seminar involved a consideration of the road to the Treaty and its long-term implications. It also examined Ireland in the summer of 1921 and what the Truce meant, what prospects it opened, as well as the international aspect of the halt in hostilities.

The fourth seminar, which was convened under the heading ‘Settlements, Schisms and Civil Strife’ involved a consideration of the road to the Treaty and its long-term implications. It also examined Ireland in the summer of 1921 and what the Truce meant, what prospects it opened, as well as the international aspect of the halt in hostilities.

'Machnamh 100' President of Ireland Centenary Reflections VOLUME 1 was released in advance of the fourth seminar.

The fifth seminar concentrated on the period following the Civil War and the sources of authority and legitimacy in the new administrations formed north and south. It included a particular consideration of the issue of ‘institutionalising’ exclusion: the groups marginalized in different ways by the state, the notions of ‘respectability’, ‘status’ and of having ‘a stake in the country’, the importance of land possession and what groups were deemed not to have such a stake, and the issues of class, state and identity.

Across their contributions, the participants considered the intersections between history, trauma and the cultural memory which has developed of the period. 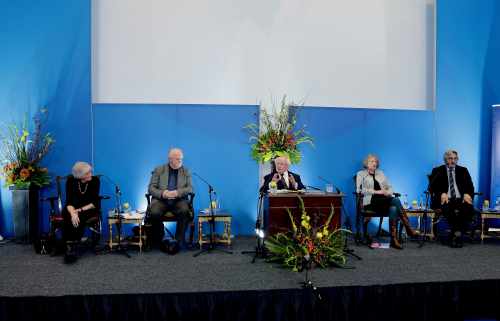 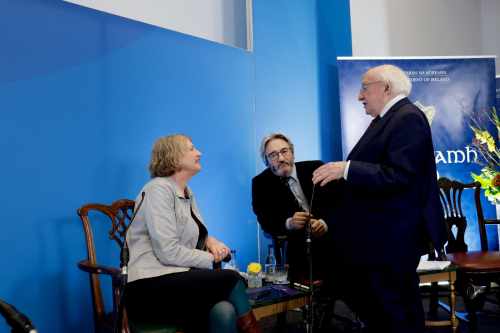 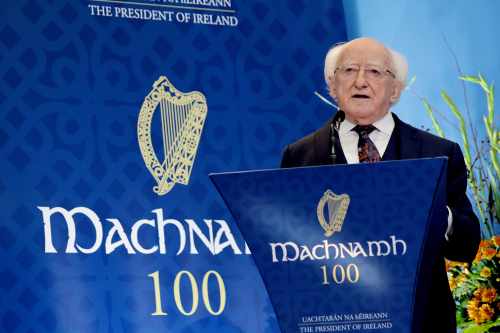 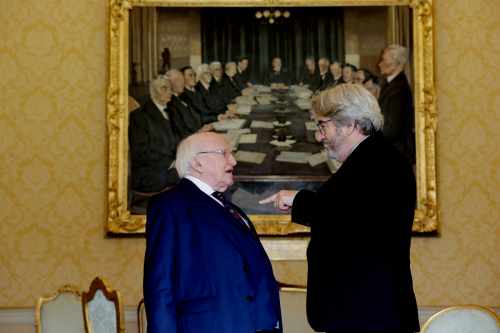 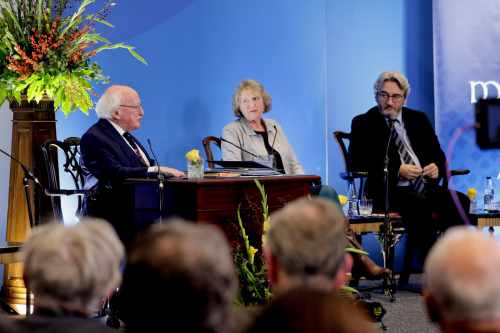 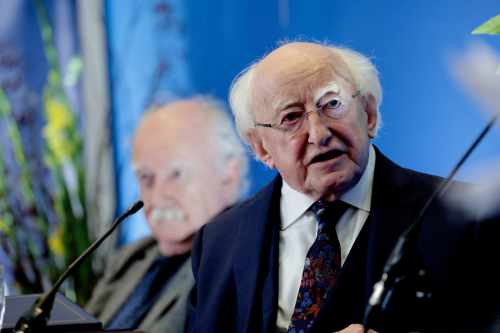 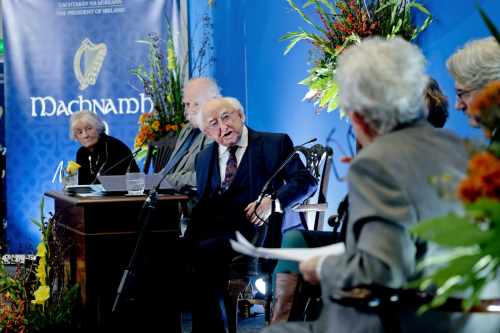 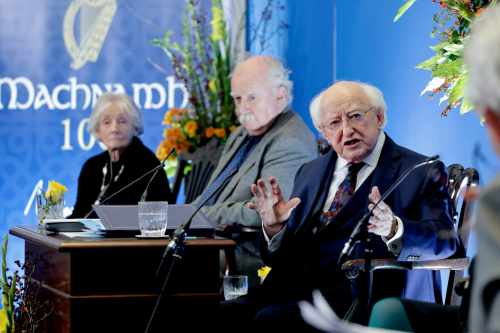 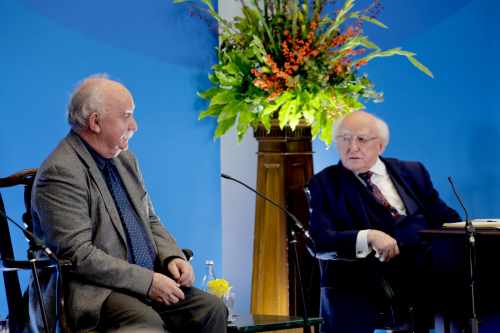 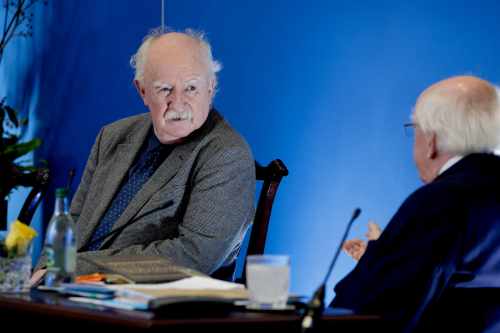 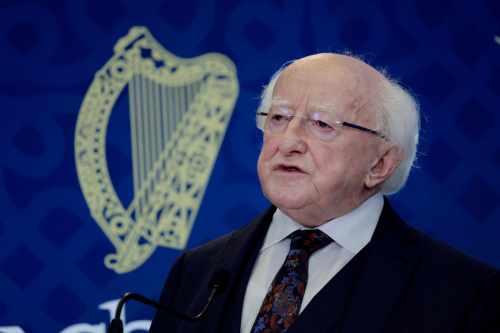 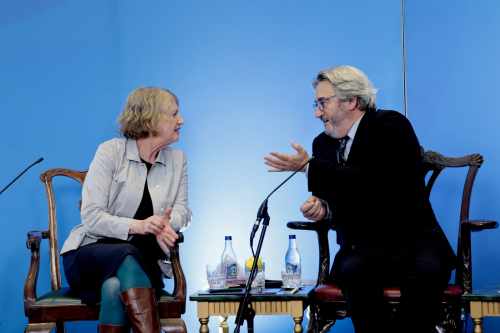 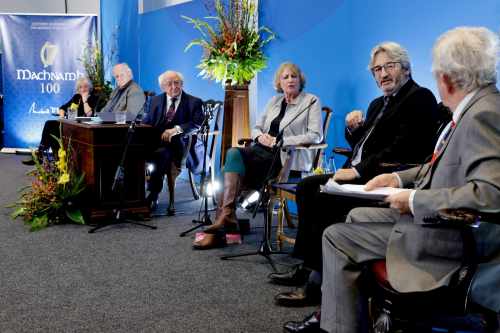 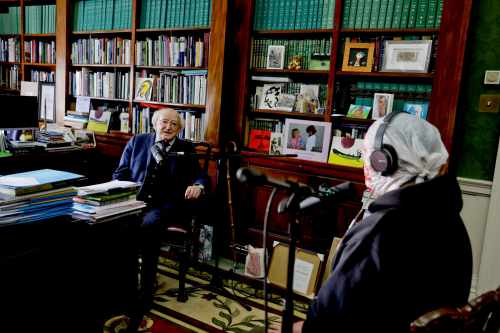 President interviewed on The Blindboy Podcast

Broadcast of the fifth in the series of Machnamh 100 seminars, entitled “Constitutional, Institutional and Ideological Foundations: Complexity and Contestation”