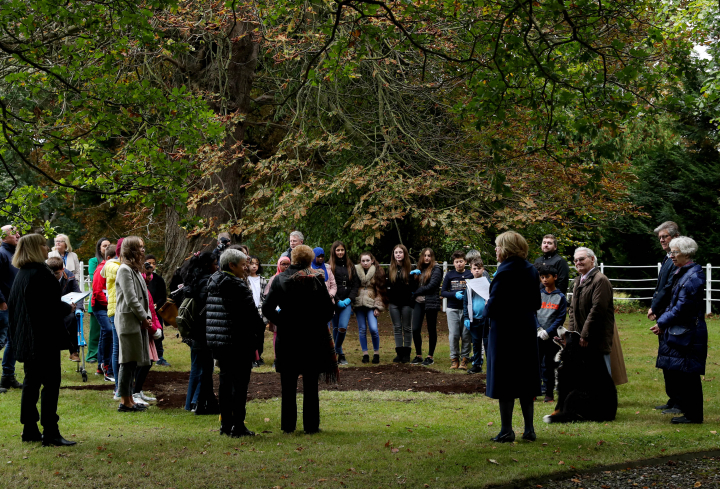 In memory of the child victims of the Holocaust, children from 6th class in Hansfield Educate Together National School plant a yellow crocus garden at Áras an Uachtaráin in the presence of Sabina Higgins, Holocaust survivors Suzi Diamond and Tomi Reichental, and third generation survivor Caryna Camerino.

The Crocus Project is an Irish initiative in which Holocaust Education Trust Ireland (HETI) provides yellow crocus bulbs for young people and school pupils aged ten years and over to plant in memory of the 1.5 million Jewish children who died in the Holocaust, and the thousands of other children who were victims of Nazi atrocities. The yellow flowers recall the yellow Stars of David that Jews were forced to wear under Nazi rule. The crocus blooms at the end of January, about the time of international Holocaust Memorial Day (27 January).

The flowers will be planted close to the “Pieta” statue in the grounds of Áras an Uachtaráin. The statue was gifted by the Italian people, in thanks for Irish emergency aid following the Second World War. 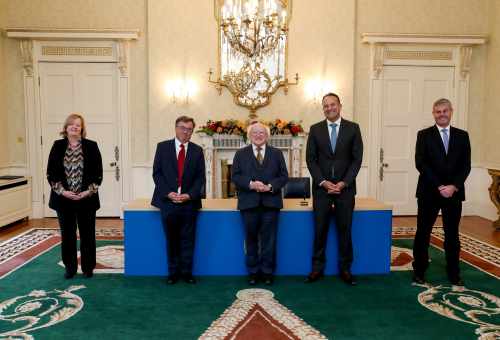