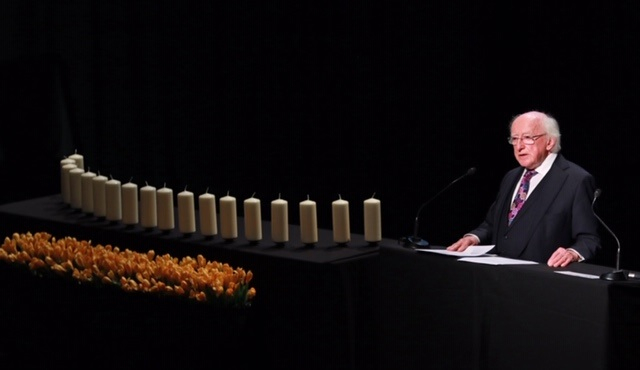 The annual Holocaust Memorial Day commemoration cherishes the memory of all who perished in the Holocaust. It recalls six million Jewish men, women and children and millions of others who were persecuted and murdered by the Nazis because of their ethnicity, disability, sexual orientation, political affiliations or their religious beliefs.

During the service, candles were lit for the Jewish victims of the Holocaust, and the names of Irish people who died in the genocide were read out.

The President also addressed the annual commemoration in 2015 and 2012. Click here to read the President’s 2015 speech. 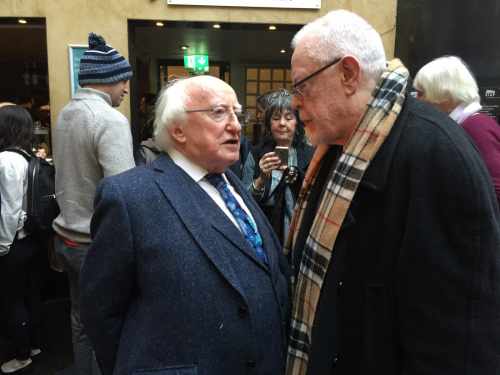