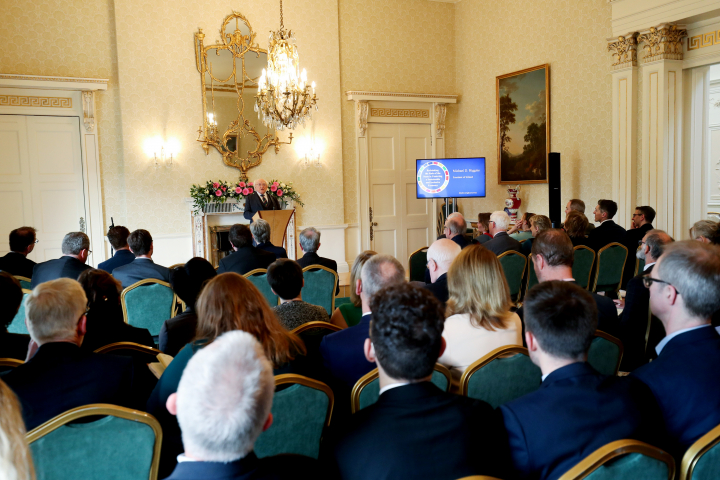 President Higgins hosted a seminar on 'Rethinking the Role of the State in fostering a Sustainable and Inclusive Economy', at Áras an Uachtaráin.

The seminar was the first of a series of initiatives that the President will host during his second term. He is seeking to encourage spaces and actions that will facilitate the necessary steps towards new models of re-defined development, balancing economics, ecology, ethics and social cohesion.

Since his inauguration in 2011, President Higgins has sought to promote greater public debate about societal change, engaging with a number of significant topics. One of those key themes has been the issue of economic policy, and policy-making. In many of his speeches, President Higgins has spoken of the importance of promoting greater understanding of, and public engagement with, economic policy, of decision-making processes, and of the policies that might replace those that have resulted in growing inequality and threats to the planet.

The seminar was intended as a founding discussion on how to promote the new “ecological-social paradigm” of which the President has been speaking, with a view to reversing social and environmental damage, reducing inequality and lessening the risks to social cohesion.

The President has argued that we are responding to a set of inter-connected crises, requiring a sharing of intellectual work and consciousness.

Click on the Audio, Speech and Photos tabs above for more information. 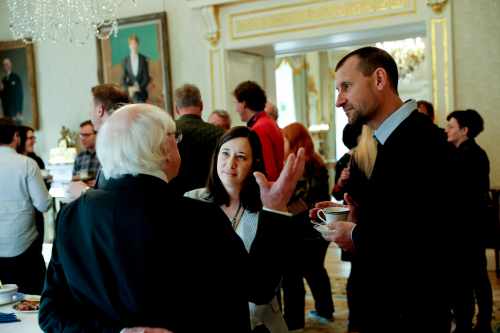