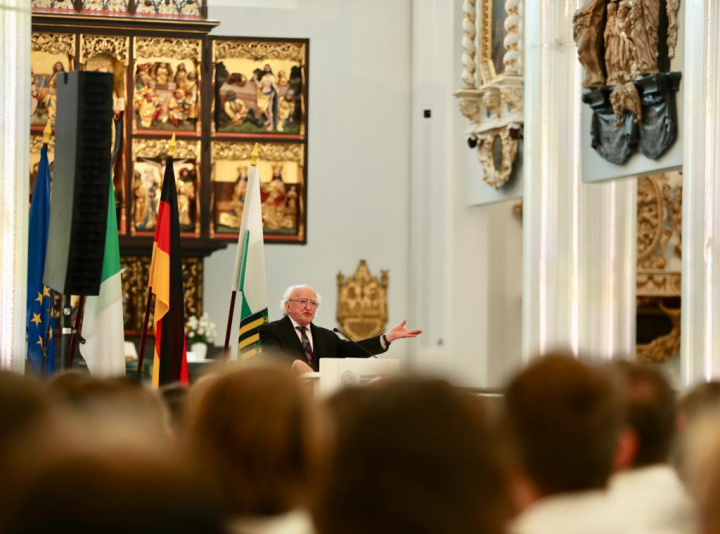 President Higgins became the first Irish Head of State to include Leipzig – a city in the former East Germany – in the programme for a State Visit, reflecting Ireland’s intention to go beyond traditional centres of Irish links and build new links for the future.

The University of Leipzig is a key location for the study of the Irish language in Germany.  The President’s visit was aimed at acknowledging and celebrating this fact, and also to reflect, on the eve of the 30th anniversary of the fall of the Berlin Wall, on the Leipzig Monday protests which in October 1989 paved the way for the fall of the Wall.

The President’s address to an audience of academics focused on the future of the European Union – a topic that has been the subject of many of the President’s recent speeches.

In many of his speeches the President has suggested that the EU’s founding principles represent “the triumph of idealism over cynicism” and that such principles merit active defence at a time that they are threatened by “increasing inequalities in income, wealth, power and opportunities.”

The President has stated that a wide and comprehensive debate is needed and that the Union’s smaller states must make their voices heard and take a leading role in deciding the future of the Union.

Some of the President’s recent speeches on this topic are: