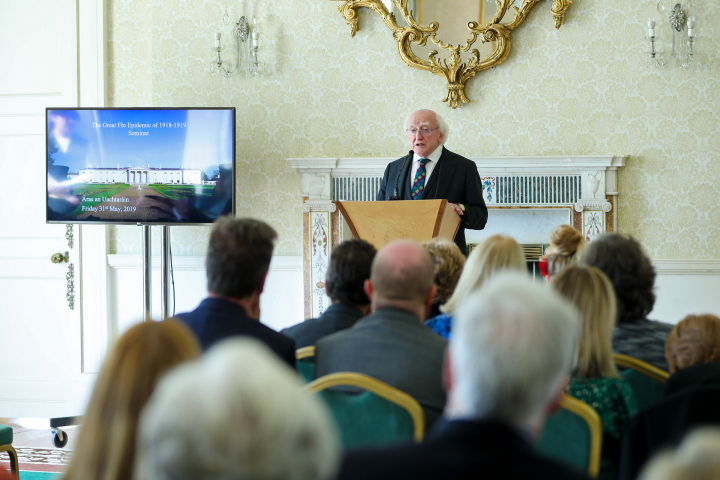 President Michael D. Higgins hosted a seminar on the great flu epidemic of 1918-1919.

Read the report of the seminar here.

The 1918-1919 flu epidemic infected an estimated 500 million people worldwide - some 800,000 in Ireland - and killed 3-5% of the world’s population. The epidemic is estimated to have killed 23,000 people in Ireland, only slightly less than the number of Irish people who died in World War I, in which an officially recorded total of 27,405 Irish people lost their lives.

As Ireland marks the "Decade of Centenaries", highlighting the seminal events of the 1912-1922 period, President Higgins invited researchers, scholars and journalists to mark the Spanish Flu epidemic of a hundred years ago.

The seminar was entitled 'Commemorating The Great Flu of 1918-1919' and featured contributions from President of Ireland Michael D. Higgins; Dr. Ida Milne, Lecturer in European History at Carlow College; Dr. Patricia Marsh, Curatorial in The Public Records Office of Northern Ireland (PRONI); and Professor Guy Beiner, professor of modern history in Ben-Gurion University of the Negev.

Click on the Photos, Video, Audio, Publications and Speech tabs above for more information. 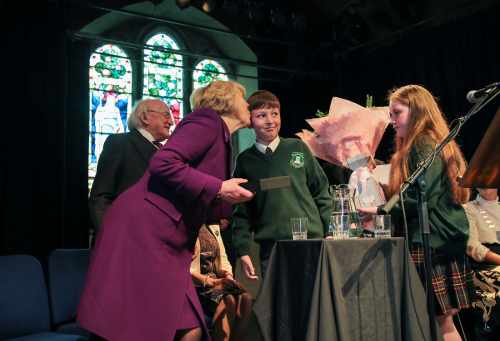 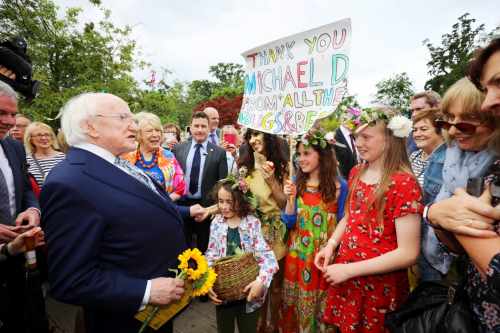