President receives New York based Permanent Representatives to the UN 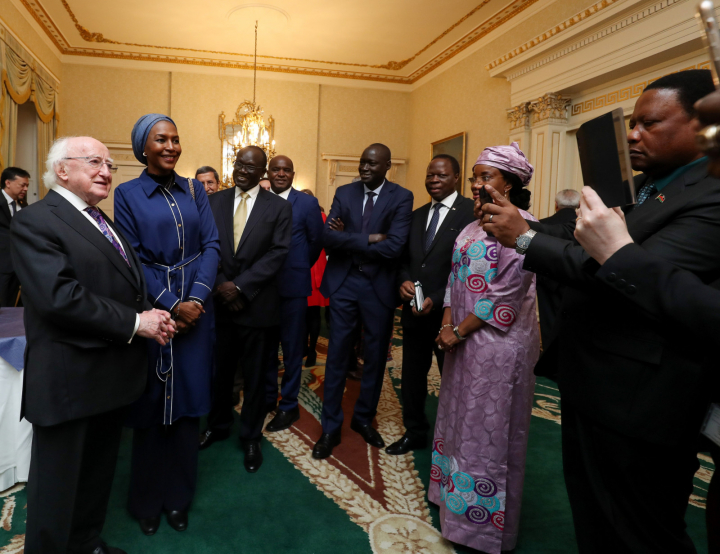 In his speech, President Higgins called on the Permanent Representatives to make conflict prevention, and the full realisation of the Sustainable Development Goals, a priority for the United Nations. The President also made a plea for the strengthening of international cooperation and the multilateral institutions that enable it.

Click on the 'Speech' or 'Audio' tabs for more information.

The UN member states representatives were in Ireland, for a global gathering on peace-keeping.

Permanent Representatives are the heads of UN member states’ diplomatic missions to the United Nations. Member States have such representatives at all major UN offices, including at UN headquarters in New York.

In September this year, President Higgins addressed the United Nations General Assembly, and had over 20 meetings with Heads of State and Heads of Government. The President also addressed the UN high level meeting on peace-keeping in April 2018. 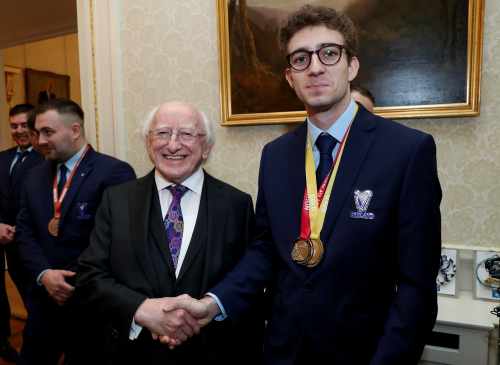 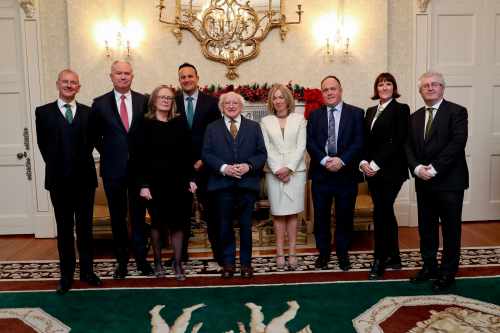 President appoints judges to the Supreme Court and the High Court