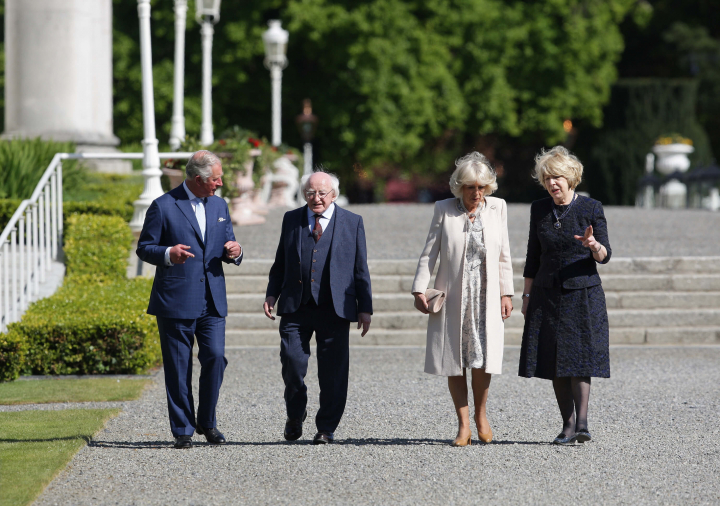 This is the third visit by Prince Charles to Áras an Uachtaráin. Former President Mary Robinson hosted the Prince in June 1995 and President McAleese welcomed him to the Áras in February 2002.

President Michael D. Higgins has met Prince Charles on a number of occasions, including during the President’s State Visit to the UK in April 2014. More recently, the President and the Prince met in Turkey in April 2015, at the centenary commemorations of the Battle of Gallipoli, and later that year at Lough Cutra in Co. Galway.

President and Sabina Higgins showed the Prince and Duchess the ‘Peace Bell’ in the grounds of Áras an Uachtaráin. Unveiled in 2008, the Peace Bell was designed to mark the 10th anniversary of the Belfast Agreement.

President Higgins invited a small number of young people to meet the Prince and the Duchess, as part of an event on “Young People Working in Pursuit of Excellence and Ethics." Young people from all over Ireland and representing the worlds of sport, art, music, science, agriculture and advocacy discussed their work and achievements with the Prince and the President. 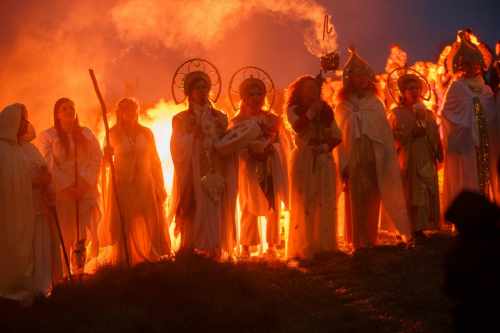 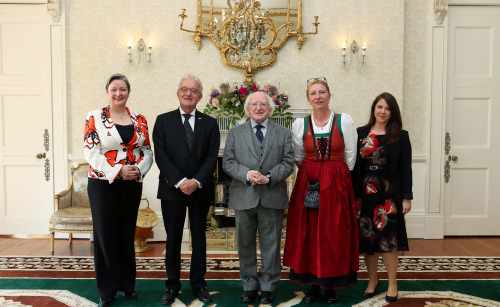