Speech at 20th Anniversary of the founding of SPIRASI

[It is a great pleasure for me and for my wife Sabina to welcome you all here today to Áras an Uachtaráin, to celebrate the Spiritan Asylum Services Initiative (SPIRASI) 20 year anniversary.]

I would like to take this opportunity to congratulate SPIRASI on this important milestone, and also to thank you for the important role you have played throughout this past two decades in enabling people to become fully engaged and active members of their wider community.

May I begin by commending the vision and commitment of all those who have worked, with dedication, to bring this organisation into being and through two decades of supporting victims of torture and people at vulnerable stages of their life. I would also like to thank Rory Halpin, the Executive Director of SPIRASI, for helping to organise today’s celebration, which is part of a year of reflection for you on what you have achieved over the past two decades and the thousands of lives that your interventions have touched.

Seven years ago, in 2012, we gathered together in Kilmainham Gaol to mark the United Nations Day in support of the Victims of Torture. The importance of the work of organisations like SPIRASI, with which I am very familiar, and the valuable support they provide to victims of torture who have arrived on our shores as asylum seekers, cannot be over-emphasised.

Those who have had torture inflicted upon them, and who continue to suffer as a result, have experienced a trauma that few others can truly comprehend. It can affect all facets of their existence – their sense of self, their relationships with others, their ability to cope with the everyday challenges of life. When this is accompanied by the physical dislocation and stress of seeking refuge far from home, it has the potential of becoming overwhelming.

It is therefore such a pleasure for me to welcome you here today, both victims of torture and staff involved in providing the range of services and programmes that SPIRASI facilitates, with the support of the Irish State.

It is an opportunity for me, as President of Ireland, to acknowledge the valuable work SPIRASI does with asylum seekers, refugees and other migrant groups and to commend you for the ongoing support work carried out in a number of Reception Centres, to the newly arrived Syrian refugees, and the innovative befriending programme that aims to support people’s integration into Irish society and culture. These are vital supports to individuals at a most vulnerable time in their lives. People who have suffered, are still suffering and are far from home. This is the essence of true hospitality and of authentic solidarity with our brothers and sisters who have come to us in need.

It is a sobering thought to realise that, since its establishment in 1999, SPIRASI has provided rehabilitative supports to over 4,500 survivors of torture from over one hundred different countries. While this indeed is a sobering statistic, it is also an indicator of the enormous wealth of compassion that lies at the heart of SPIRASI, an organisation that continually fulfils its mission to protect, rehabilitate and integrate survivors of torture and other vulnerable people.

I am keenly aware of the plight of those migrants who undertake treacherous journeys in a bid to reach Europe in search of a better and more secure future. Here in Ireland we are fortunate in many ways to live in a stable democracy, with a written Constitution and a body of laws designed to protect the fundamental rights of our citizens and those who reside here, including the right to be protected from torture. Our courts have identified the right to freedom from torture and from inhuman or degrading treatment and punishment as one of the unspecified personal rights guaranteed under Article 40 of Bunreacht na hÉireann.

We are quite rightly appalled by the fact that so many people around the world do not enjoy such protections and we can find it difficult to imagine an existence where people live in fear of heinous acts committed by, or at the instigation of, the agents of oppressive regimes. Yet we must be vigilant in ensuring that the reality of inhuman and degrading treatment is identified, discussed and opposed wherever it is encountered in the world.

We know all too well that it is not only in far flung despotic regimes that a tolerance for torture can emerge. In recent decades so-called advanced democracies have also shown themselves capable of trampling on human rights and engaging directly or becoming complicit in imprisonment without trial and torture in the name of national security. Such tendencies are, of course, ultimately counter-productive in terms of national security and serve only to strip a state that engages in such abuses of any moral authority to comment on the human rights abuses of others. Torture by any State cannot be justified or tolerated.

SPIRASI’s anniversary gives us the opportunity to stop and reflect on what torture really represents: to explicitly acknowledge the terrible abuses of human rights that the word ‘torture’ truly denotes; to remember that every day, somewhere in the world, people are being subjected to horrific acts of intentional suffering, with the consent of state authorities and non-state actors.

We must always remember that torture can never be legitimised or substantiated. The intentional infliction of pain is something that debases, not just the victim, but the perpetrator also. It is important that we reiterate, again and again, that torture should never, and must never, be justified or allowed by any society.

We must continue to use the instinctive repugnance we feel when confronted with accounts of torture to compel us, as a nation and as a society, to do all we can to ensure that the perpetrators of torture are brought to justice; and that we continue to protect the fundamental human rights not only of our citizens and those who live in Ireland but the human rights of citizens across the globe by rededicating ourselves to the international frameworks that have been developed to prevent torture.

In celebrating the success of SPIRASI’s work we reiterate that the experiences of torture survivors should not be forgotten. Their experiences and testimony are a necessary reminder for us to uphold our fundamental shared humanity and dignity. It is, of course, difficult, uncomfortable and deeply upsetting to listen to the accounts of torture survivors. However, sometimes it is necessary to hear such accounts - to confront us with its raw barbarity, to remind us of what the word ‘torture’ really means, to remember that it is a lived reality for so many people.

Over the past twenty years SPIRASI has responded with compassion, humanity and decency to the damage that torture wreaks. SPIRASI gives enormous practical support to those hurt and helpless people who arrive on our shores in a desperate search for safety.
Those supports include medical assessment, psychotherapy, outreach support, assistance to people to integrate into their new home and, of course, the reassurance of being listened to and being believed. SPIRASI provides friendship when it is so desperately needed.

The physical wounds of torture can be attended to through medical intervention, but the psychological wounds are much more profound and difficult to heal: the recurring nightmares, the sense of violation, the permanent feeling of fear – of not being safe.

Today we acknowledge and salute the slow and patient work of supporting those men and women who are the victims of torture. This includes bearing witness to their experiences and working together to address the injuries, both physical and emotional, that have been inflicted.

Once again, as President of Ireland, I commend you who have suffered torture and who are seeking to address the implications it has had on your lives. I commend those who have worked with you to help you lead fulfilled lives in your new home in Ireland. I am confident that SPIRASI will continue to ensure that those who have suffered torture and who reach our shores will always have available to them a compassionate and empathetic service.

People who will listen, support and work on their behalf. People who will help those who have suffered to emerge from the shadow of their experiences so that they can play their full part in Irish society – to live full and enriched lives without fear. 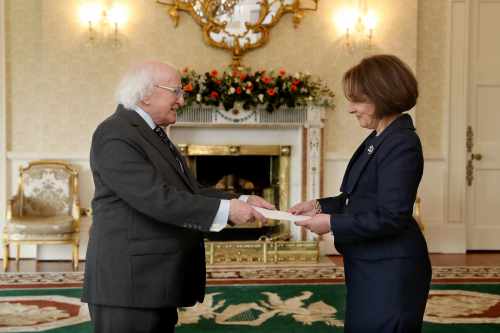 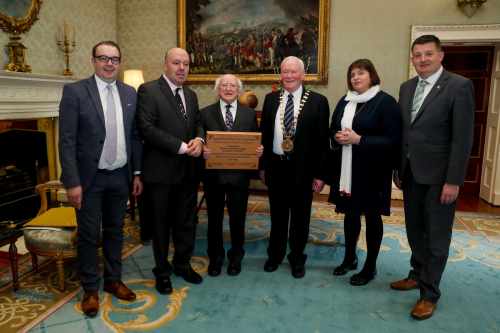