President Michael D Higgins attended the National Service of Remembrance in St Patrick's Cathedral in Dublin, in honour of those who died in war. 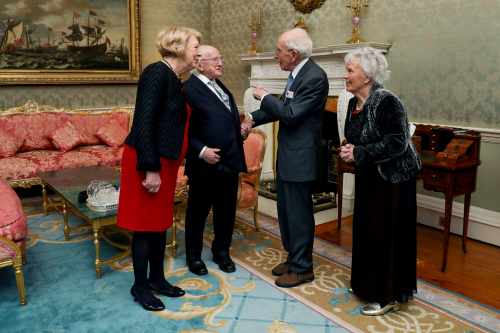