Sabina and I are delighted to join you all here this evening as we celebrate and support Co-operation Ireland in their work to further peace and reconciliation on our island. In this, the twentieth year since the Good Friday Agreement, this dinner, bringing together so many football fans from across our island, both draws on and is a reflection of the spirit of friendship, generosity and co-operation, values that represent sport at its best, which has been so helpful in building and sustaining peace.

I know that tomorrow’s match will be another wonderful manifestation of that spirit.

Many of us can recall a time when an international fixture between Northern Ireland and the Republic caused no little trepidation, whether it was held in Windsor Park or Lansdowne Road. Both teams were, of course, competitors for the qualifying stages of the World Cup in 1990 and 1994, and for the European Championship in 1996, leading to, in some instances, difficult contests for both players and fans, as the heightened political tensions on our island found their way in and were given voice within the stadiums.

While for many of us here today these times are still within living memory, a new generation has grown up in an atmosphere in which the old enmities have gradually faded, thanks to the patience and perseverance of many activists and programmes. We are in such a better place when rivalries are temporary and draw their energies from skills rather than any larger recourse to the well of old enmities.

I have no doubt that, twelve months ago, all those who love and support football on our island were cheering Northern Ireland on against Switzerland, and the Republic against Denmark. We both shared not only the disappointment at the results but also the pride in the magnificent effort made by both teams during the World Cup 2018 campaign, in what were not easy groups.

Tomorrow, we will together watch players from across the island of Ireland compete against one another in an atmosphere of joy, informed, of course, by competitiveness.

While competitive sport in Ireland necessarily divides club from club, county from county, province from province and - as with tomorrow’s game, Northern Ireland from the Republic - these matches are also public celebrations of what we have in common. They represent a coming together of women, men and children, from all parts of the island, to indulge our passion in football, and to take the opportunity to urge on our own heroes and enjoy each other’s company.

There is no better sport than football for bringing peoples, nations and continents together in a common celebration of all that football, at its best, represents – yes, individual skill and sporting prowess but also teamwork and co-operation, perseverance and resilience, solidarity and generosity – indeed, all the qualities of mind and spirit required for healthy societies to flourish.

Those virtues have been demonstrated at vital moments throughout the history of the implementation of the Good Friday Agreement – not only at breakthrough moments such as the St Andrew’s Agreement but through the steady persistence of community groups and friends of the island of Ireland such as Co-operation Ireland. It is to these virtues and this approach to which we will need to turn once again as we enter the most fragile and delicate moments of the negotiation on the agreement of the United Kingdom to withdraw from the European Union.

Throughout the Brexit talks the core aim of the Government – an aim that I share – has been to preserve the provisions and principles of the Good Friday Agreement. This has not been an easy or straightforward task given the complexity of the Brexit negotiations, but it is one that I believe the majority of our people, North and South, whatever their political tradition or affiliation, share and support.

Yet, irrespective of the final wording of the Withdrawal agreement, or the consequences of the diplomatic manoeuvring now underway, it will be more essential than ever to work to maintain the deep friendships which have been developed on our island since the Peace Process began. The great work towards peace and reconciliation undertaken by Co-operation Ireland, by the Irish and British Government, and by people of goodwill across our island, will and must continue.

May I then thank you all for your continuing support for Co-operation Ireland, for the ongoing Peace Process and may I take this opportunity to wish Michael O'Neill and Martin O’Neill and their teams the very best tomorrow. 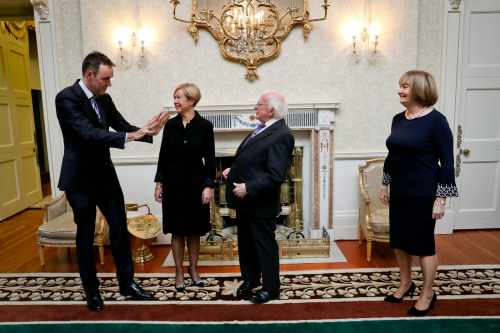 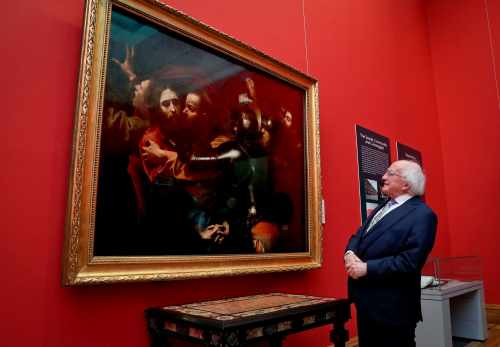