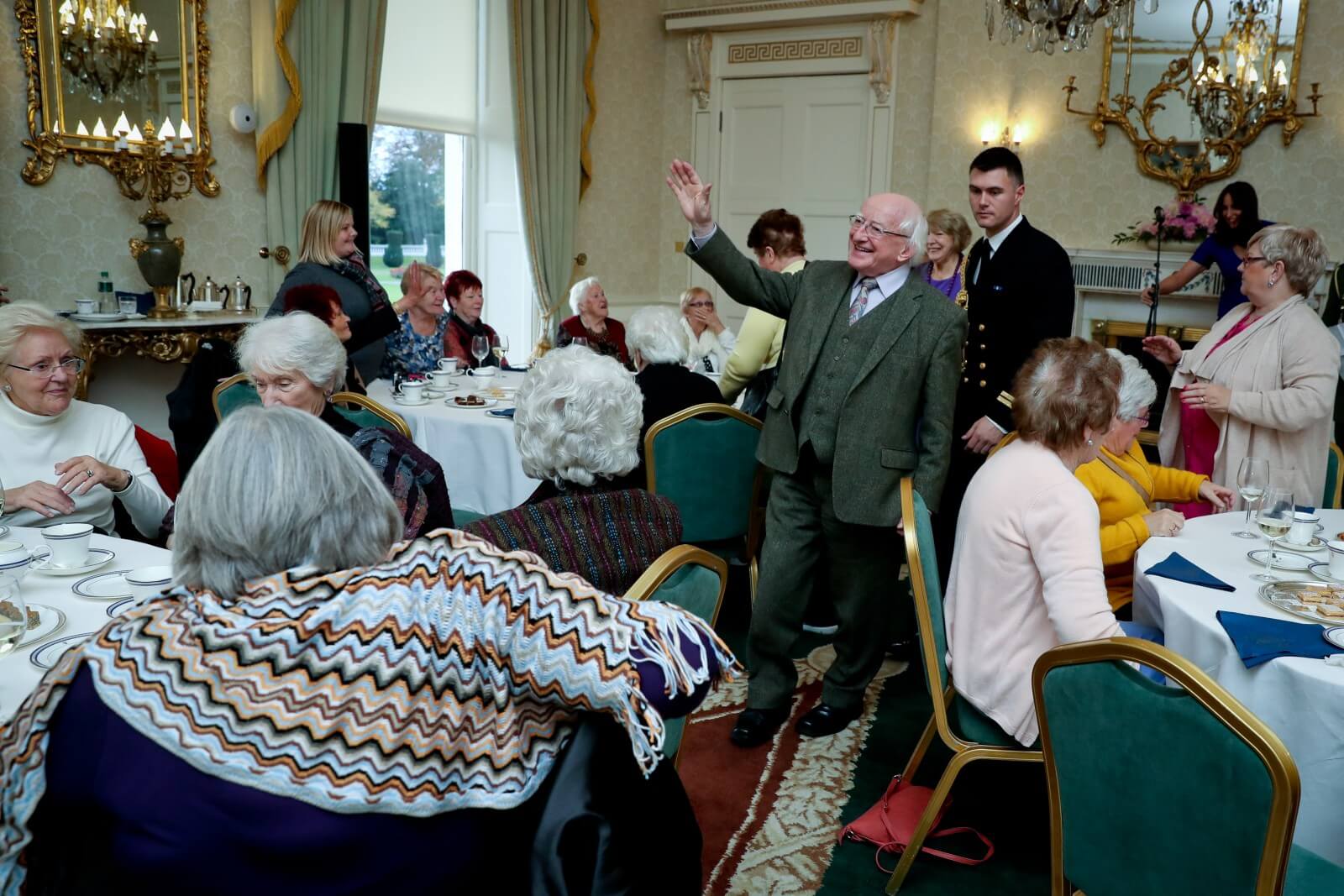 The President of Ireland speaks at virtually every one of his public engagements.

Through the written and spoken word the President articulates the vision and themes of his Presidency to the public and seeks to focus attention on the issues and problems that are important in our shared civic life.

Through his speeches, the President contributes to the public discourse and encourages new ideas for shaping Ireland’s future.

The President regularly receives visitors to Áras an Uachtaráin. There are various formats for these engagements as follows:

Reception: occasionally the President invites large groups to Áras an Uachtaráin for a reception, to honour particular people or achievements. At a reception guests are invited to join a receiving line in the Francini Corridor so that they have the opportunity to meet individually with the President and his wife, Sabina.