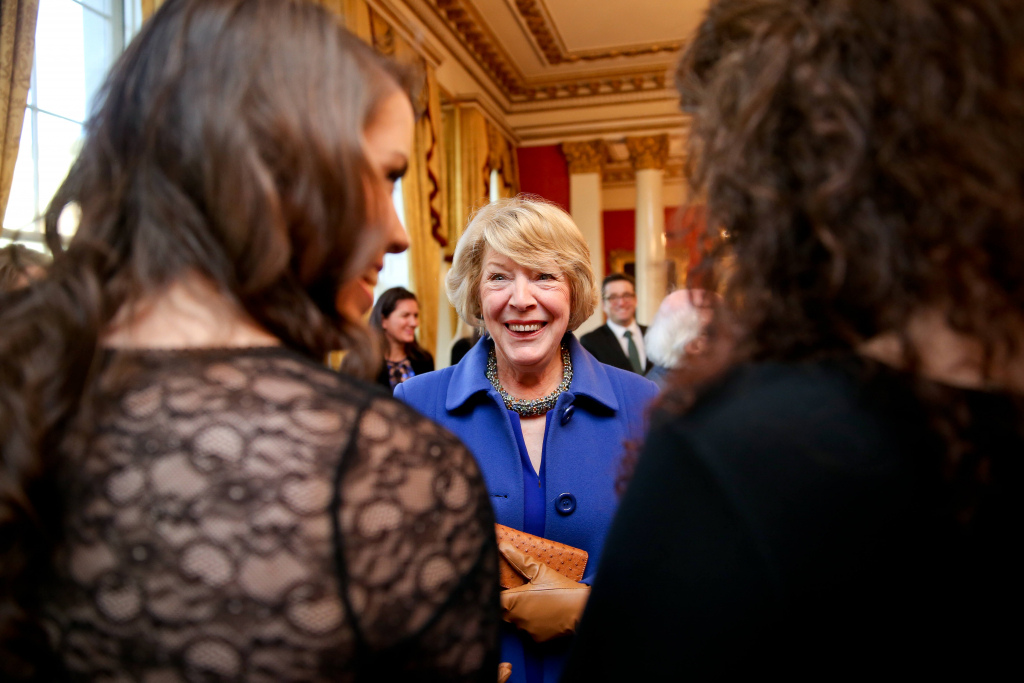 Sabina Higgins is the wife of President of Ireland, Michael D. Higgins, who was inaugurated President on the 11th November 2011 for a seven year term, and again on 11 November 2018. With over a million votes he had the highest ever number of votes of any politician in the history of Irish election.

Sabin Coyne, now Higgins, was born in Cloonrane on the Galway-Mayo border and went to school in Ballindine and Claremorris, Co. Mayo.

At 18 years of age Sabina moved to Dublin to work in the office of the Land Commission. She began to study acting using the Stanislavsky method after Deirdre O Connel's wedding to singer Luke Kelly (The Dubliners) and became, with Deirdre, one of the founding members of the Focus Theatre where she worked with Tom Hickey , Timmy McDonald, Mary Elizabeth Burke Kennedy, Joan Bergin,  and many others.

Sabina met Michael D. Higgins at a party in Dublin and in 1974 they were married in Dublin's Haddington Road Church. Sabina moved to Galway, where in addition to working as a partner with Michael D. in every campaign and in public life for over thirty years, she maintained her involvement with Theatre and community arts, working with the world renowned Druid Theatre, An Taibhearc and other groups. 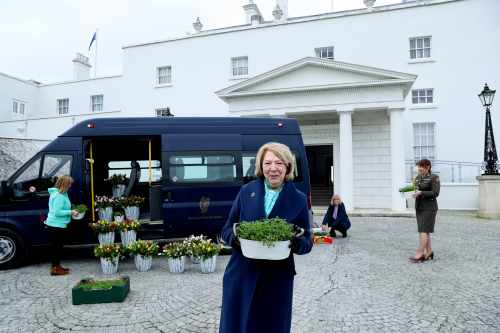 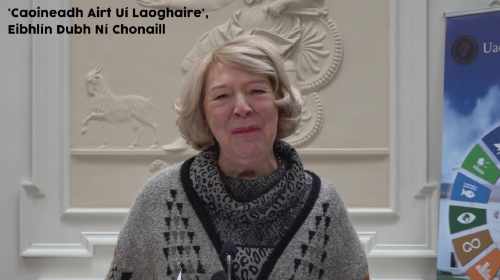