We are gathered here today on the eve the World Suicide Prevention Day to address the difficult and painful subject of suicide, a phenomenon which shatters the happiness of too many individuals, families and communities across Ireland.

May I first of all thank Console for hosting today’s conference, and by doing so fostering open and wide-ranging discussions on a matter which has for too long been confined, and inappropriately, to the privacy of family mourning or to the narrow, very often pathologising, categories of institutional intervention. I also wish to congratulate the staff and volunteers who work in Console’s centres nationwide for their profoundly humane dedication to preventing suicide and supporting those bereaved by it.

The sad fact is that hardly any community in Ireland has been spared the bewilderment and sorrow that surrounds suicide. The loss of a family member, friend, neighbour or schoolmate through suicide is a devastating experience. Those left behind are frequently overwhelmed by feelings of regret and sadness; they struggle to adjust or come to terms with an existence punctured by the unnatural absence of a loved one, and with that most fundamental question – why?

Suicide either as a personal or social problem, is a complex problem to understand – one that is impossible to ascribe to a fixed set of biological, psychological, social or cultural factors. We know that many of those contemplating suicide experience overwhelming emotional pain. Tragically, when someone dies by suicide, pain is not eliminated; it is merely transferred to family, friends and community.

I am glad that more and more it is being accepted that it is vital that those bereaved by suicide are given support, care and understanding. Organisations such as Console have made it their commitment to provide all these things. The motivation and capacity to engage with people in distress are invaluable gifts, and I would like to acknowledge the generosity of all of you present today who are dedicated to this noble task.

Thanks to your sympathy and support, the grieving friends and families find it easier to reflect, revisit the past and reconcile with their present reality. You encourage them to face, but also transform, their grief, thereby paving the way for a future where hope and meaning can be restored.

Deaths by suicide are especially heart-breaking and all the more so if we sense that in some cases, they could have been avoided. This leads me to the other important dimension of Console’s mission – that of suicide prevention.

Through the 24 hours helpline and the services provided by centres across the island, Console’s staff and volunteers endeavour to lodge and develop in people who harbour suicidal thoughts the ability to come forward and express their fears and emotions. Console’s staff and volunteers also provide advice to family, friends and colleagues in order to help them recognise fateful signs and suggestions as to how to decide what to do next.

Depression has been identified as one of the main factors leading to suicide. But depression itself can have many roots – from the feeling of helplessness of those who are overwhelmed by financial problems or unmanageable workloads, the loneliness of those without spouse, children or friends or who have lost these supports and intimacies, to the loss of independence affecting older people.

Peer loyalty and the pressure to conform, especially pronounced among teenagers, can be another source of malaise feeding into suicidal dispositions. Felicia Garcia, who conducted ethnographic research among young working-class men in the Cork region, has identified the destructive patterns inherent to what she calls the ‘lad culture,’ namely – among other things – a ‘culture of mocking,’ drug and alcohol abuse, reckless driving and the use of homophobic jargon. Those who fail to conform to such distorted versions of the ‘expectations of masculinity’ associated with that culture can, she writes, feel dangerously alienated and stigmatized.

Stigma is one of the most damaging factors undermining personal well-being. In his now classic study on this subject, sociologist Erving Goffman explored the predicament of those who are identified as deviant, be it because of a physical deformation or due to a perceived deviation in personal traits, related to alcohol consumption, sexual orientation or any other non-conforming pattern of behaviour. The stigmatized person is devalued, rejected and scorned. But, the greatest tragedy of all is that stigma keeps people from seeking help.

As I am sure you are all aware, the theme for this year’s World Suicide Prevention Day is ‘Stigma: A Major Barrier to Suicide Prevention’ – a most welcome focus indeed. I know that many organisations around the country have organised events to mark the day and I would like to wish them well in what they strive to achieve. It is time for our society to start talking openly, honestly and without fear about issues of marginality, exclusion, insecurity and the vulnerabilities they bring with them.

In that regard, the vision fostered by the National Stigma Reduction Campaign, See Change – which aims at reducing the stigma associated with mental health issues – is certainly going in the right direction. I also want to mention the ‘Make A Ripple’ initiative which – as part of the See Change campaign – is recruiting on-line volunteers who are willing to help others by sharing their personal stories and experience.

Such initiatives do make a difference to how people with mental health problems are treated and perceived in our country.

Research is also essential for our understanding of suicide and, ultimately, a crucial instrument in suicide prevention. The need for more accurate and timely data has often been voiced by Console and other groups concerned with suicide in Ireland. According to the HSE’s National Office for Suicide Prevention, it is estimated that 507 people died by suicide across the country in 2012.

But such aggregate figures mask significant social and regional differences, with figures for certain counties proportionally much higher than for others. The underlying reasons for these different trends need to be investigated.

However the pursuit of such research should not confine itself to the analysis of quantitative data on the rate of suicide, however refined. Research must also consider the contribution of qualitative approaches to the study of the incidence of suicide.

Currently, according to a conference held at NUI Maynooth on 16th March 2012, less than 3% of all research referenced in the three international publications on suicide are qualitative studies.

The rate, incidence, distinction in the study of suicide is as old as the work of Émile Durkheim. Of course no research design will ever exhaust the questions surrounding suicide. Like many other dimensions of human life, suicide remains a challenge in the social sciences and a challenge to our social solidarity.

The research challenge remains, not only as to what are predisposing factors but as to what we might call ‘last straw’, ‘last cry for recognition’ or ‘an act of limitation’.

As anthropologist Jamie Saris put it in a 2012 article for the Irish Journal of Anthropology, “the secular descendants of Moral Philosophy – [that is] some parts of medicine, at least what came to be called Psychology and Psychiatry, most social sciences, and, indeed, pretty much any branch of knowledge that made understanding the human subject (in its physical or moral being) its business – found in suicide its own conceptual limits.”

Our grasp of suicide has much to gain from approaches which see researchers engaging directly with human subjects who are recognized as having unique motives and as living in particular social and historical circumstances. Thus I contend that contemporary research should go beyond both the categories of “at-risk” populations and the “anomie” analytical framework which was popular among social scientists concerned with the ‘devitalisation’ of rural Ireland in the 1960 and 1970s. Researchers might fruitfully explore the interface between such overarching explanatory concepts and individual agency.

Finally let us remember that when it comes to suicide, the answers do not lie exclusively with health care professionals, politicians or researchers. Every one of us has a role to play in giving shape to a national community that cares for all its citizens.

I am both pleased and encouraged to see that a number of people in the public eye have recently come forward to openly discuss their mental health issues. I also commend the ‘GAA social initiative,’ which was launched by my predecessor, Mary McAleese, after she had noticed the under-representation of older men at official functions around the country. The use of the GAA’s network of clubs as a vehicle to engage older men in social activities they can enjoy has fostered bonds of friendship and relations of a more open-ended sort than professional, medicalised forms of mediation can be.

Such initiatives are important; they lay the foundations for a positive transformation as to how difficulties of isolation, exclusion, or erosion of self worth are perceived.

We know all too well that when European science defined suicide as a social evil, in the nineteenth century, it recast this age-old human problem as an object primarily, and often exclusively, appropriate for bureaucratic and medical intervention, to be handled mainly by the means of control and institutionalisation. Thankfully, the vocabulary and categories through which we now grasp suicide have significantly departed from such a repressive framework.

The test for our society in the future will be the extent to which we have nurtured a culture in which people in distress are encouraged not to feel inadequate and to realise that mental health can be recovered after it has been lost; a culture in which we do not feel embarrassed about our own, or a family member’s, mental health; a culture that embraces difference, non-conformity and the unique contribution of each of its citizens.

When I look around this room, it is heartening to see so many people committed to combating distress and despair. I wish you fruitful discussions today and continued courage in your future endeavours. 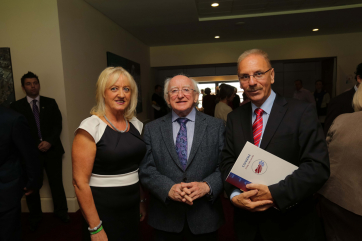 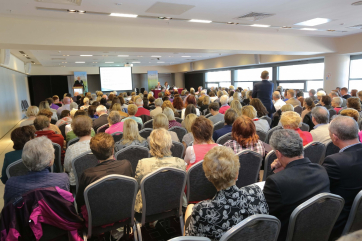 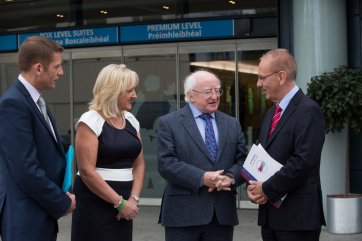 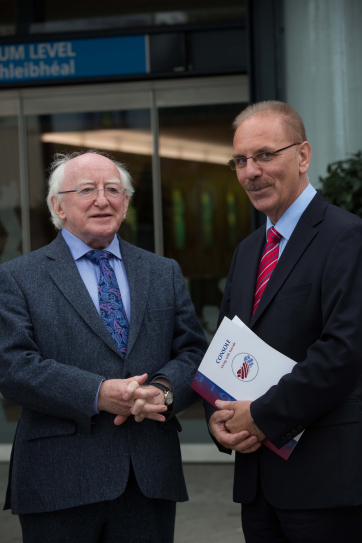 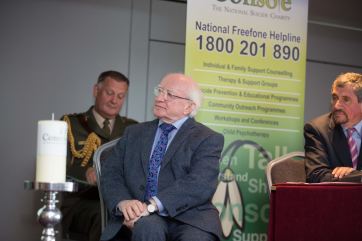 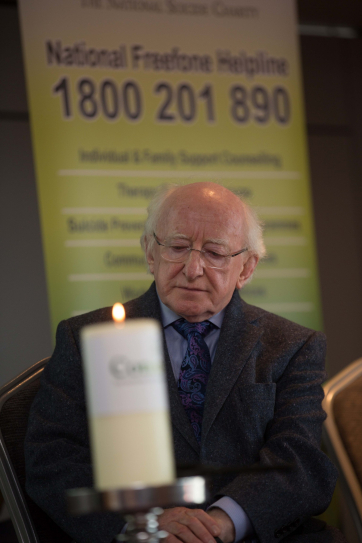 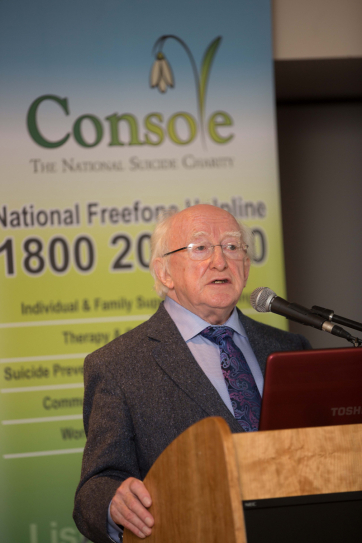 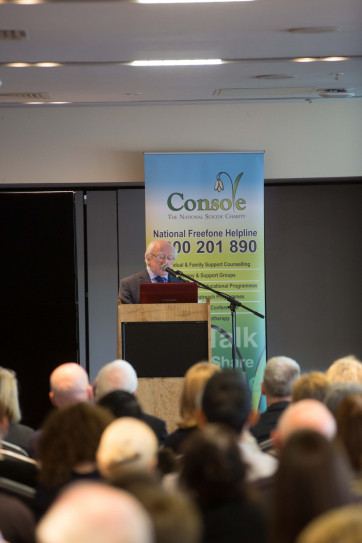 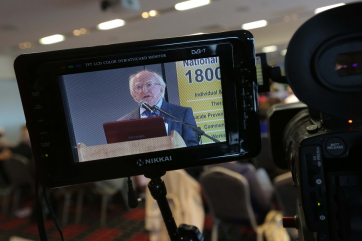 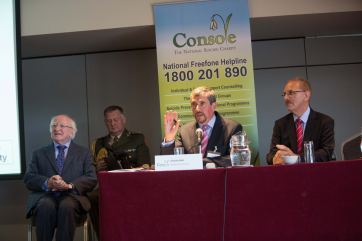 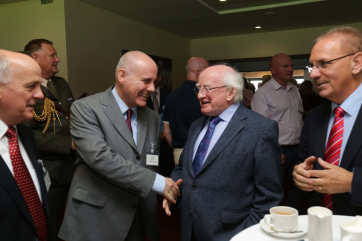 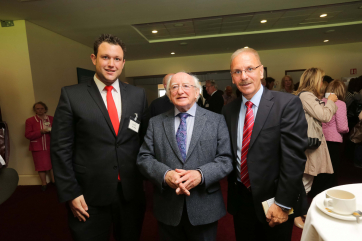 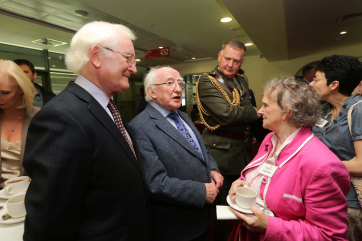 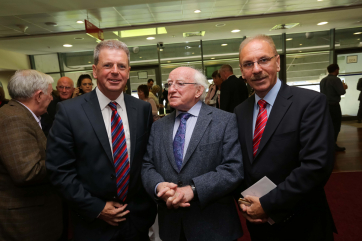