Their Excellencies, the Ambassadors of the Republic of Uganda, the Lao People’s Democratic Republic and the Republic of Ghana presented their Letters of Credence to the President at Áras an Uachtaráin today.

H.E. Ms. Joyce Kakuramatsi Kikafunda, Ambassador of the Republic of Uganda, was accompanied by Mr. Innocent Opio, Second Secretary at the Embassy.

Mr. Simon Harris, T.D., Minister of State at the Departments of Public Expenditure and Reform, Finance, and An Taoiseach represented the Government at the ceremony.

The Ambassadors were escorted to and from Áras an Uachtaráin by an Escort of Honour consisting of a motorcycle detachment drawn from the 2nd Cavalry Squadron, Cathal Brugha Barracks, Dublin, under the command of Lieutenant Fionn McCaffrey.

A Guard of Honour was provided at Áras an Uachtaráin by the Air Corps, Baldonnel Aerodrome, Dublin, under the command of Lieutenant Neil Dunne. 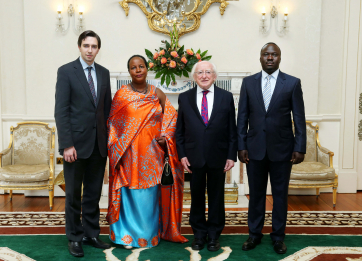 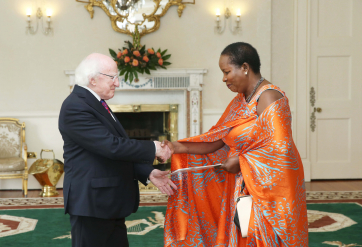 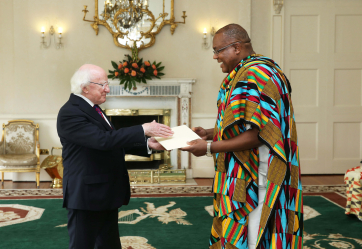 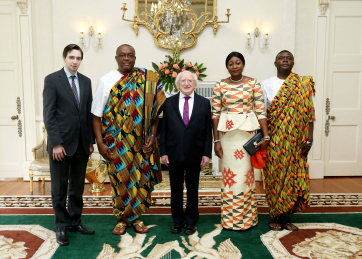 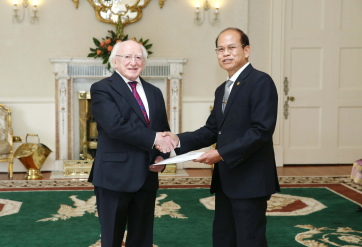 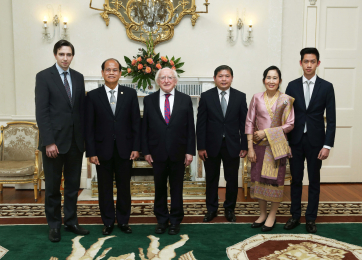