Their Excellencies, the Ambassadors of the Arab Republic of Egypt, Chile and St. Vincent and the Grenadines presented their Letters of Credence to the President at Áras an Uachtaráin today (30th April 2015).

H.E. Mr. Cenio Elwin Lewis, Ambassador of Saint Vincent and the Grenadines, was accompanied by his wife, Mrs. Ita Lewis.

Mr. Tom Hayes, T.D., Minister of State at the Department of Agriculture, Food and the Marine, represented the Government at the ceremony.

The Ambassadors were escorted to and from Áras an Uachtaráin by an Escort of Honour consisting of a motorcycle detachment drawn from the 2nd Cavalry Squadron, Cathal Brugha Barracks, Dublin, under the command of Second Lieutenant Stephen Bunney.

A Guard of Honour was provided at Áras an Uachtaráin by the 12th Infantry Battalion, Sarsfields Barracks, Limerick, under the command of Lieutenant Conor Kirwan. 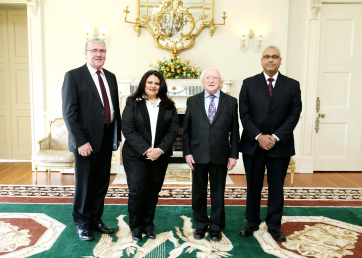 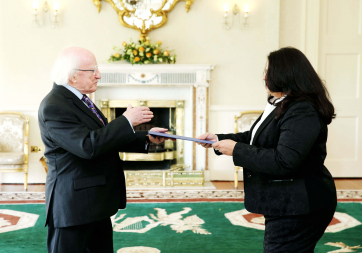 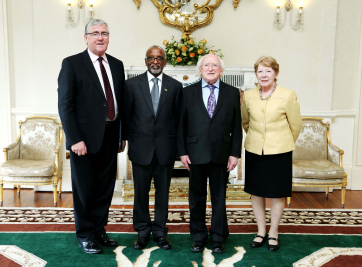 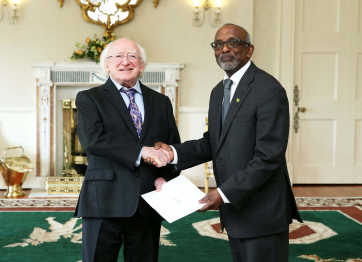 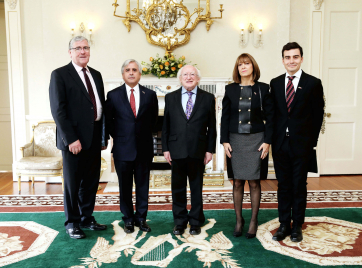 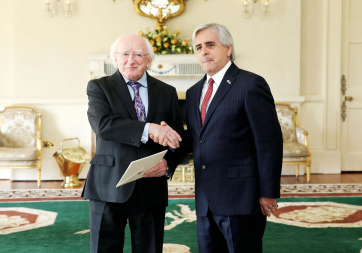 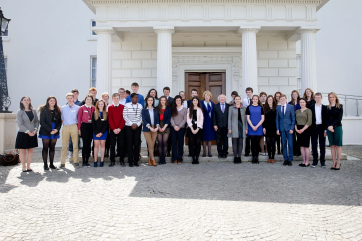