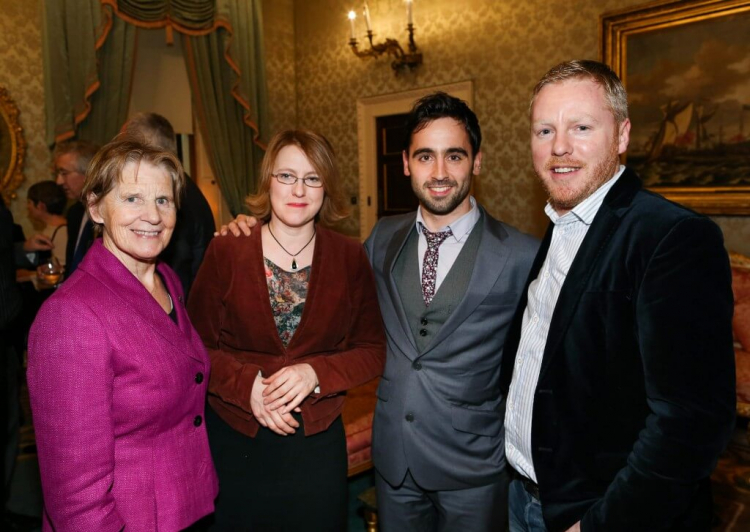 President Michael D. Higgins and his wife, Sabina, wish to mark International Human Rights Day (10th December) by a performance, Ethica, at Áras an Uachtaráin for invited guests from the island of Ireland’s human rights and NGO sectors. In the unavoidable absence of President and Mrs Higgins (due to attendance at the State Memorial Service for former President Mandela), the event will be hosted by members of the Higgins family.

Ethica is the collective title for a performance by Sugarglass Theatre of four short plays by Samuel Beckett; Play, Come and Go, Catastrophe and What Where. The works explore questions of ethics and human rights both from a domestic and political perspective. Themes include fidelity, justice, secrecy, tyranny, violence, resistance and memory.

Before his departure to South Africa, President Higgins said:

“Sabina and I are delighted that Sugarglass Theatre will perform Ethica in Áras an Uachtaráin. It is a very apt way of celebrating International Human Rights Day. Drama is a powerful instrument for reflecting the ethical dimension of our shared humanity and for highlighting the importance of human rights in all our lives. Although we cannot be present, we are very pleased that representatives of the human rights community in both parts of the island will be in attendance“