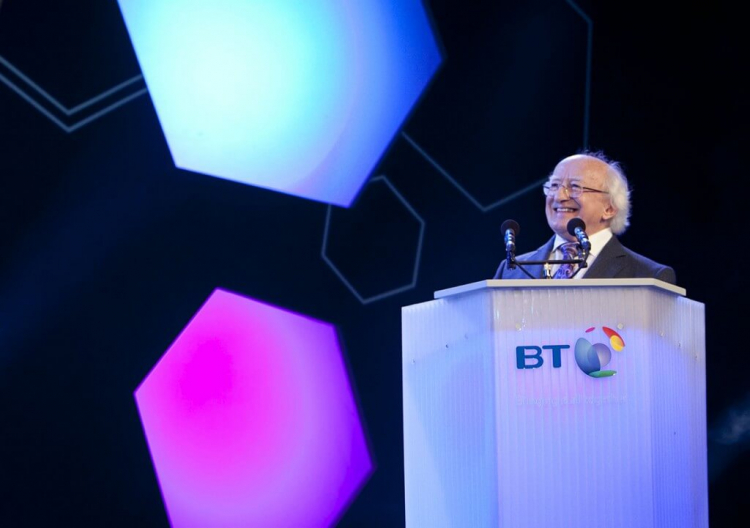 [I am delighted to be here today to mark the fiftieth Young Scientist of the Year Exhibition. I would like to thank Colm O’Neill for inviting me to join you, and all of you for that generous welcome.]

The Young Scientist Exhibition has, over the past fifty years, become synonymous with the beginning of a new year and with all its possibilities and renewed sense of hope and opportunity.  I would, therefore, like to thank all of those taking part in this year’s Young Scientist Exhibition for continuing to push the boundaries outwards and for applying your innate creative energy and curiosity to a constant exploration of  how things work and how they can be done better, more effectively, more efficiently. It has been inspiring and uplifting to witness your work today.

I would like to take this opportunity to also pay tribute to your schools and your teachers. Not only have they assisted you in bringing your project to the exhibition but on an ongoing basis they have encouraged and nurtured your interest in science and innovation. And of course I also commend the many parents here today who have also supported you and who are, I have no doubt, deeply proud of what you have achieved.

And, of course, I must pay tribute to Tony Scott and the late Reverend Dr Tom Burke who established the Young Scientist exhibition in 1963.

Their vision, generosity of spirit, and belief in the abilities and potential of Ireland’s young people has been an inspiration and support to the many former participants who have gone on to achieve success in the fields of science, technology and entrepreneurship.

These early January days are brightened by the opportunity to walk into the RDS and to be immediately surrounded by an electrifying energy, an invigorating curiosity and a great sense of new beginnings, harbingers of a future full of possibility and promise.

Here, at the Young Scientist Exhibition, this annual and exhilarating display of innovation, wonder and questioning reminds us, year after year, of the importance of  supporting our young people, their teachers and their school communities in their aspirations to convert the best of ideas into living realities for all of our people, helping us and future generations to realise our limitless possibilities and our full potential.

The Young Scientist Exhibition came into being in an Ireland very different from the one we inhabit today. It was an Ireland which was experiencing a rapidly declining population following many decades where our young people had emigrated in proportionately greater numbers than any other European state.

In fact, the census of 1961 revealed the lowest ever population on record and we were a country being drained of youthful vigour and of that accompanying drive to push  boundaries -  to explore, invent and re-imagine, to open new chapters, embrace change and advance innovation.

The intervening years have seen a seismic change in that demographic with Ireland now experiencing the highest percentage growth in population in Europe with almost half of our citizens now under thirty years of age.

The Census 2011 tells that the pre-school 0-4 year olds increased by 18% since 2006 in contrast to the national increase of 8% in that period. The primary school 5-12 year olds increased by 12%. The second level 13-18 age group, affected by earlier birth rates, increased by only 0.8%.The next 25 years will see an expansion, already underway, of educational provision at pre-school, primary, post-primary, apprentice and Higher Education.

I am grateful to Sean McDonagh for bringing these statistics to my attention, figures which demonstrate that there is now an unprecedented opportunity for Ireland. This opportunity can be availed of provided the quality of Irish education, at all levels, are at the highest standards globally. Such high quality will also attract talented students and scholars to Ireland.

The investment by young people, with their families and the State, in fully developing their rich potential is a major invitation to investment in Ireland now by enterprise, both Irish and international, to enable that potential to be fully realised. We must aspire to be a Republic of Creativity, enriched by the creativity and enterprise of young people in the Sciences and their applications, in Technologies and ICT, in Sports, Arts and Humanities. The exploitation of the talents of every young person is important. Our educational infrastructure must promote resilience. That means it must be characterised and measured by the high achievement of all young people regardless of origin and background.

We have always, of course, been a country with a great reputation for creativity, for originality and for our unique and imaginative view of the world. It is a reputation founded on our great success in the world of arts and literature and a reputation of which we are rightly very proud.  It is important to note, however, that our inventiveness and original thinking has not been confined to the arts but has had a significant impact on the world of science and on the shaping of the technological age that we live in today.

Bell’s Theorem, the development of fibre optics in communication, the splitting of the atom, the Beaufort Scale, and the effectiveness of the mariner’s compass are just some of the many milestones and achievements which owe their success to the innovation, creativity and original thinking of talented Irish scientists.

Today is a reassuring reminder, and indeed affirmation, of how that talent continues to exist, perhaps in even greater abundance, and with greater promise and recognition and application,  amongst a new generation of Irish citizens; citizens who will be the policy makers, thinkers and leaders of the future.

All of the young exhibitors in this hall have proven that they are original and even emancipatory thinkers; people unafraid to question the kind of world we inhabit and the kind of shared future we wish to craft. They are young people who have sought new answers to old questions, explored the potential of modern technology, and looked beyond perceived inevitabilities to develop alternative solutions and actions, bringing new ideas into application in science and society.

The range of topics covered is deeply impressive, extending across an incredibly broad cross section of subjects and concerns. Some of the young people here today have examined public attitudes and awareness on issues ranging from disability to health matters to sport; others have explored the impact of new technology on our society by investigating cyber-bullying, social networking or app development, and it is clear that  a new multi cultural Ireland has been the inspiration for a number of innovative research projects on display here today. Many others have delved into the worlds of biology, medicine, media, human psychology, botany, food science and a range of salient and interesting subjects.

I have to admit that, reading through the list of diverse projects that make up this landmark fiftieth exhibition, I was not only deeply impressed by the innovation and original thinking that was evident in the quirky, original and unusual titles, but genuinely amazed at the individual thinking behind some of the extraordinary topics listed.

Today is, indeed, a great celebration of original and creative Irish thinking and a huge affirmation of the great wealth of innovative and imaginative talent that exists amongst Ireland’s youth. It is enormously uplifting to be in the presence of so many young people who present such a great shining hope for our country’s future; young people who are not afraid to imagine, reconsider, question and innovate, and who have that great ability to think about life in a way that is liberating; to query the status quo, question the assumed inevitabilities and to constantly strive to know more and to do better.

I have previously said that I want my term in office to be a Presidency of ideas. Ideas matter; conversations around ideas assist the development of good practice and the promotion of science and innovation; and the outworking of good ideas make a positive impact on the quality of our economy and society.

Today we are a country facing unprecedented opportunities to harness the talents and enterprise of an increasingly young population, transforming ourselves and our country and creating a new Ireland based on a strong, vibrant society.

Finally, I would like to wish all our young participants every success in the future; a future where I hope they will continue to question the kind of world we inhabit, to aspire towards a fully conscious, critically aware and engaged life and to retain that valuable capacity to not only imagine but actually realise a better world.

Thank you very much. 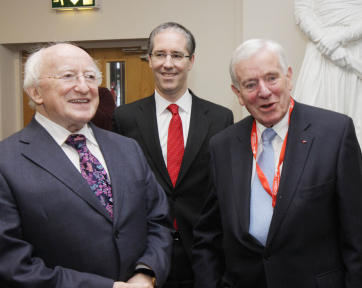 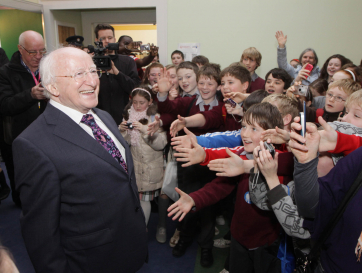 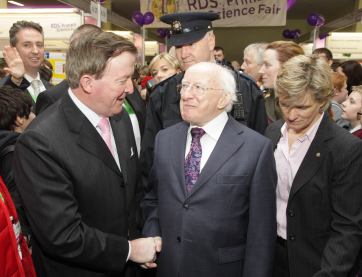 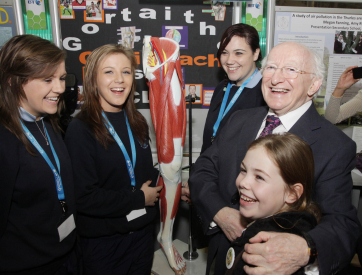 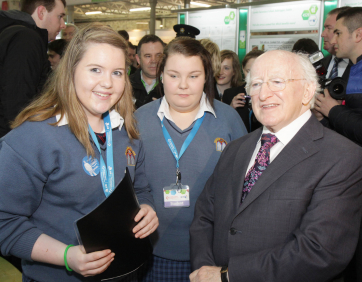