Their Excellencies, the Ambassadors of the Republic of Poland, the United Arab Emirates and the Socialist Republic of Vietnam presented their Letters of Credence to the President at Áras an Uachtaráin today, 25th March 2015.

H.E. Mr. Ryszard Sarkowicz, Ambassador of the Republic of Poland, was accompanied by his wife, Mrs. Anna Sarkowicz, and by Mr. Piotr Rakowski, First Counsellor and Deputy Head of Mission.

Mr. Aodhán Ó Ríordáin, T.D., Minister of State for New Communities, Culture and Equality, Departments of Justice and Equality and Arts, Heritage and the Gaeltacht,   represented the Government at the ceremony.

The Ambassadors were escorted to and from Áras an Uachtaráin by an Escort of Honour consisting of a motorcycle detachment drawn from the 2nd Cavalry Squadron, Cathal Brugha Barracks, Dublin, under the command of Lieutenant Fionn McCaffrey.

A Guard of Honour was provided at Áras an Uachtaráin by the 1st Infantry Battalion, Mellows Barracks, Galway, under the command of Lieutenant Paul Togher. 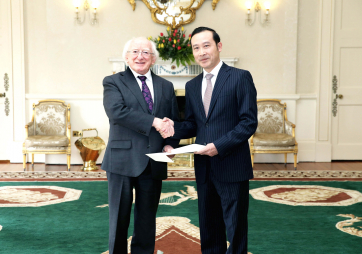 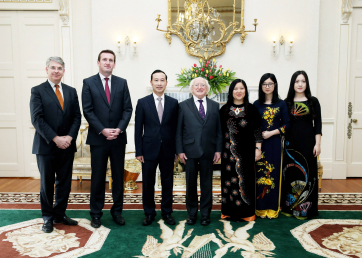 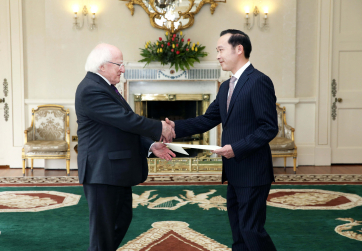 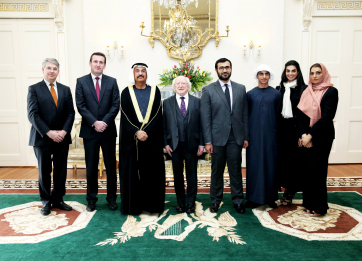 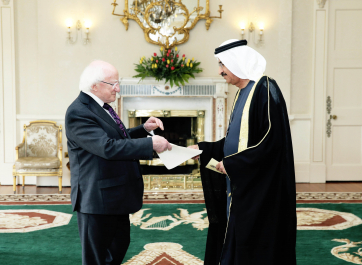 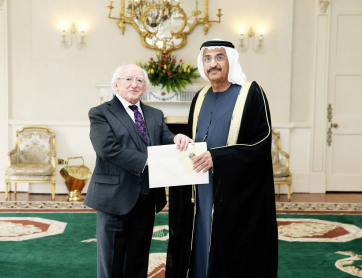 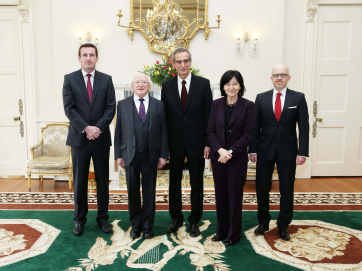 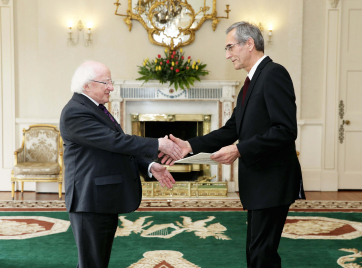