Statement from President Michael D. Higgins on the death of Brendan Kennelly

"As one of those who had the great fortune of enjoying the gift of friendship with Brendan Kennelly for many years, it is with great sadness that I have heard of his passing.

As a poet, Brendan Kennelly had forged a special place in the affections of the Irish people. He brought so much resonance, insight, and the revelation of the joy of intimacy to the performance of his poems and to gatherings in so many parts of Ireland. He did so with a special charm, wit, energy and passion.

Delivered from the flux of transacted life, ordinary words of the everyday had their beauty revealed for audiences and, in their recovery, the public shared life being celebrated.

Brendan’s poetry is infused with the details and texture of life, its contradictions and moments of celebration including the wry experiences of football and politics.

With more than 30 collections, he leaves a major body of work, a legacy of teaching as Professor of Modern Literature at Trinity College Dublin, and the gratitude of so many younger poets whom he encouraged with honest and helpful critical advice.

In the plays and poems that engaged the Classical world, Brendan sought to interrogate the inner lives of figures from myth and history and to connect their torment to the sense of loss that endured into contemporary memory and experience.

He was a ballad-maker invoking an ancient craft of balladry but bringing to it his special lyrical endowments. This reconstruction of motive and struggle was something he brought to villains as well as heroes, be it Cromwell, Judas or other figures of history as they struggle with conscience or the legacy of their actions in unremitting memory.

Brendan Kennelly engaged widely with major themes but celebrated too the humour of ‘devilment’ in intimacy and sexuality with such characters as Maloney in his ‘Up and At It’.

He took the responsibility that he saw in the writer’s life with a sense of being asked to share what was most human, universal.  He was faithful to what he saw as a gift that had been given with expectation of a delivery that would draw on all experience including that of Kerry, its people and stories.

“A gift that took me unawares and I accepted It.”

We are all so much the beneficiaries of that acceptance.

When asked on his 80th birthday event in the Abbey Theatre in 2016 how he would like to be remembered, he said that he hoped people would remember his poems and remember them ‘off by heart’, for the sharing.

How apt then that so many would turn to his poem ‘Begin’ and use it for comfort and compassion in our recent accounts of life in pandemic times.

There are many for whom an insightful and twinkling intelligence has left us, but it will endure in the lines of the poems as he wished.

Sabina and I offer our condolences to his sisters and brothers, his granddaughters and the extended family as well as his wide circle of friends, all of whom treasured his presence among them, a friendship he valued.

“I love you confidant, dear friend

and always will, come what may.” 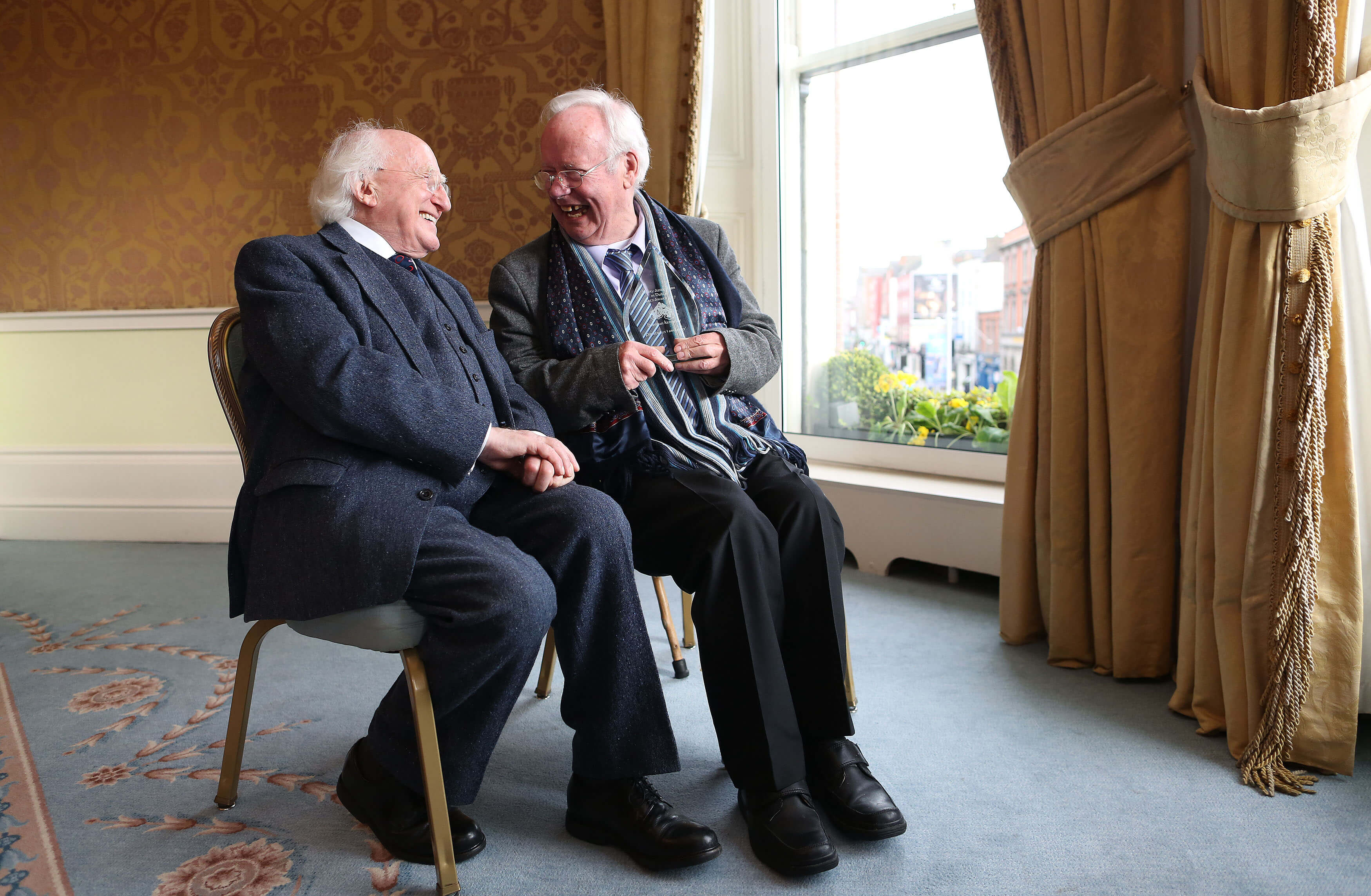