In a ceremony of solidarity today, President Michael D. Higgins rang the Peace Bell at Áras an Uachtaráin, as a gesture symbolising the importance of peace and reconciliation.

President and Sabina Higgins rang the bell at 3h10 pm, marking the exact time of the explosion 20 years ago, that killed 29 people and injured hundreds.

The ceremony at Áras an Uachtaráin took place with the approval of the families of the victims, mirroring a similar event organised in Omagh today.

The ceremony followed on from a statement issued yesterday by the President in which he paid tribute to the victims and highlighted the importance of building a culture of peace and tolerance on our island. 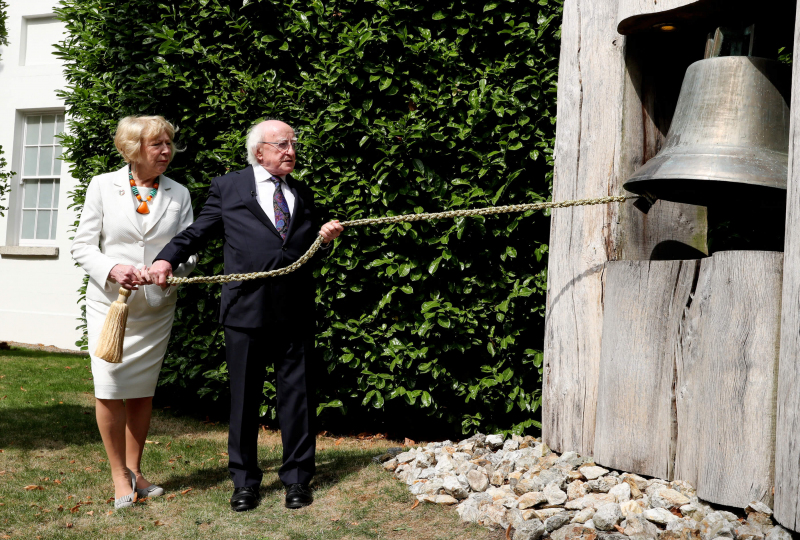 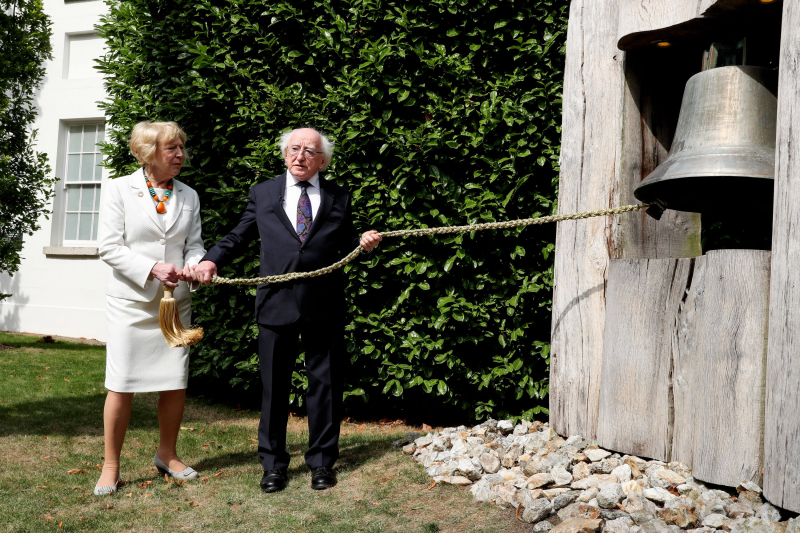