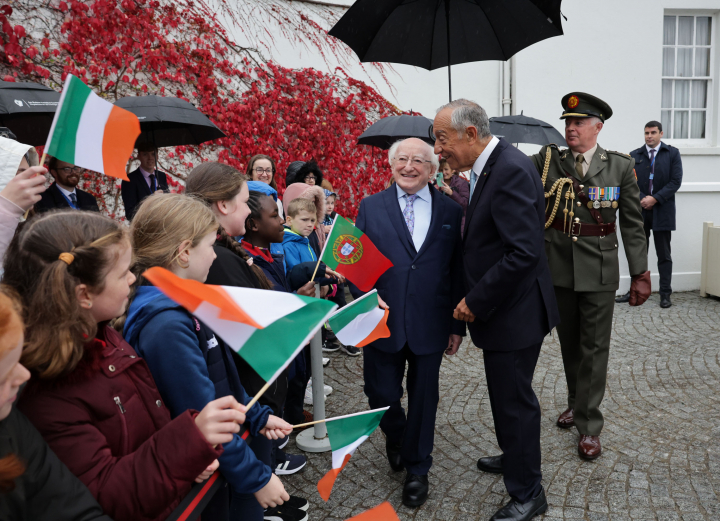 President Michael D. Higgins welcomed the President of the Portuguese Republic, Marcelo Rebelo de Sousa, on a State Visit to Ireland from 18 – 20 October 2022.

The State Visit by President Rebelo de Sousa follows on from the State Visit of President Higgins to Portugal, in December 2015. The visits serve to highlight the historical, cultural, scientific and diplomatic relations between Ireland and Portugal and aim to further strengthen the warm ties of friendship between the two countries. This year marks the 80th anniversary of the establishment of diplomatic relations between Portugal and Ireland.

The State Visit began with a ceremonial welcome at Áras an Uachtaráin followed by a bilateral meeting between the two Heads of State. That evening, the President and Sabina Higgins will host a State Dinner in honour of President Rebelo de Sousa.

President and Sabina Higgins will attend a return hospitality reception held in their honour in Farmleigh on Thursday 20 October.

While in Ireland, President Rebelo de Sousa will take part in engagements in the fields of culture, academia and climate change, including visits to the Museum of Literature Ireland, the Marine Institute’s new research vessel, Tom Crean, and the Glencree Centre for Peace and Reconciliation.

The two Presidents last met at the annual meeting of the Arraiolos Group, a group of sixteen non-executive European Heads of State, held in Malta on 5-6 October 2022. 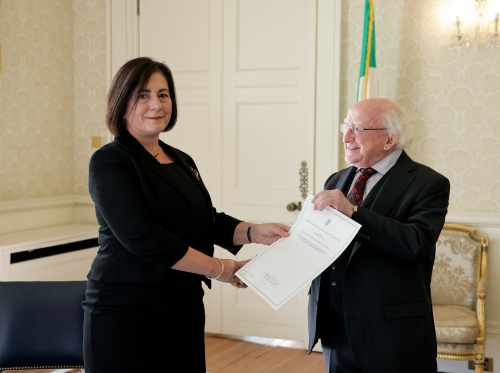 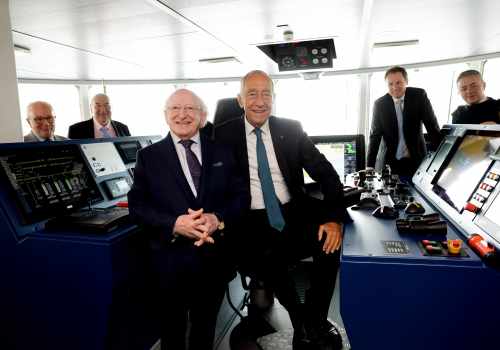