May I thank you, Jeff, and indeed all of you here in Mineola for such a warm welcome that you have given both my wife Sabina and myself this afternoon.  The Irish have a special place in their hearts for conversation and company, and it is clear that there is plenty of that to be had here in Mineola.  Wherever I travel across the globe, it is very important to me to meet representatives of local Irish communities, and it is wonderful to see such strength of community here in New York as is evident with the gathering here today.

This afternoon comes at the end of a busy week, although not the end of my visit, here in New York.  I came to New York to join other world leaders for the UN General Assembly.  Ireland is seeking election to the UN Security Council and our campaign has been the focus of my week.  One of the themes of this campaign has particular resonance – that of empathy.

Since the earliest of times, Ireland has been a country of people coming and going.  Some have passed on to the mists of time and legend.  Others are seared in our collective memory – for reasons good and bad.  But our experiences of the past two centuries, and particularly emigration brought by hunger, poverty and a desire to reach a better future, gives us a specific understanding of the challenges that face many in our world today and an ability to identify and empathise with them.

Whatever your personal history is – if you just arrived a few days ago or if your ancestors travelled here many decades or even centuries ago – the story of the Irish in New York shows how migrants can contribute to the development of their adopted home.  That experience also teaches us how we can help others, facing the same challenges, among current generations.

I look around this room today and see so many examples of people who give so much to their local communities, honouring the legacy and heritage of their past while being fulling committed to building the future here in the United States.

Of course, reports of Irish emigrants arriving into America around the time of our Great Famine were not all positive, with the Times of London editorialising that the Irish deserved the Famine. Thirteen years after mass emigration to North America, the following appeared in the same newspaper, as reported by Patrick O’Sullivan in his book, The Meaning of the Famine:

“If this goes on as it is likely to go on, (…) the United States will become very Irish… So an Ireland there will still be, but on a colossal scale, and in a new world. We shall only have pushed the Celt westwards. Then, no longer cooped between the Liffey and the Shannon, he will spread from New York to San Francisco, and keep up the ancient feud at an unforeseen advantage (…) We must gird our loins to encounter the nemesis of seven centuries’ misgovernment. To the end of time, a hundred million spread over the largest habitable area in the world, and, confronting us everywhere by sea and land, will remember that their forefathers paid tithe to the Protestant clergy, rent to the absentee landlords, and a forced obedience to the laws which these had made”.

This year marks 100 years since the First Dáil, or Irish Parliament, in Ireland in 1919.  One of the first acts of that Dáil was to agree a “Message to the Free Nations of the World” which emphasised the importance of the relationship between Ireland and the US as we sought to make our mark as an independent nation.  The message declared:

“Ireland is the last outpost of Europe towards the West; Ireland is the point upon which great trade routes between East and West converge… her great harbours must be open to all nations”.

By October of that year, a Consulate was established here in New York, ready to bring the aspirations of the First Dáil to action.  We knew then, as we know now, that our future, our strength, our prosperity lay in being integrated with the world, being a part of the world and contributing to it.  It is why a Consulate in New York was such a priority; it meant we could begin to take our place among the nations of the world.

It is also why we place such importance on being active members of the United Nations, why, since the first deployment in 1958, not a month has passed without Irish troops as part of a UN peacekeeping mission, why so many Irish people around the globe work hard to respond to humanitarian emergencies and the challenges of human suffering.

The story of the Irish in the US in no different. Throughout its history, from the canals and railroads to the steel mills and laundry houses, the Irish have worked hard to contribute to the development of the US we see today.  The Irish have always understood that the way ahead lies in getting involved, of taking part.  I need only think of the labour movement here in New York and nationally, where Irish took leadership positions in pushing for improved working conditions and better treatment for workers – leadership that continues to this day.  The Irish have not shied away from playing their part in shaping the political and legislative landscape, that engagement which provides such an important framework for any country.

And throughout all the hard work, we never lost sight of the core of our Irishness – that culture of community, of helping each other, of caring.  Those of you in this room here today are the exemplar of that.  You represent organisations and societies whose very reason for existence is to help, support and care for others.  Whether that be mutual support as members of the same profession, or helping out people who come from your part of Ireland, or providing care and advice to people living in your area, you do what you do because you care about the legacy of those who came before us and you care about a compassionate future.

Creating societies that are ethical and inclusive is a task for all of our citizens, of all ages and circumstances. However, inclusive and ethical societies can only grow from communities that are ethical in their structure and practice; communities that work together, in solidarity, that recognise the needs of all their members including, in particular, those who are vulnerable and marginalised.

It has become one of the great ironies of modern life that someone residing on the other side of the world is contactable by the click of a button, yet an increasing number of people no longer know their neighbours and the people with whom they share a community. This is, perhaps, a regrettable aspect of modernity, indicating a growing detachment from resonating with the world, as Hartmut Rosa puts it, having been replaced with consumption, or “consuming the world”, to quote Rosa once more.

Community, however, remains an essential component of human life and the character of a place, its identity, and the sense of belonging and rootedness with which it provides its members are founded on the human interactions which lies at its heart. It is critical the we continue to work to build and maintain that strong sense of community, which has also been such an essential part of our Irishness, and which continues to offer so much potential for the flourishing and fulfilment of our citizens.

It is a great pleasure, therefore, to have the opportunity to recognise today the contribution that each one of you makes through your public service, your community and voluntary work, and your time spent nurturing a love of Irish heritage and culture as it is passed to new generations.  We are being confronted with many challenges in today’s world.  I have faith that the legacy of our forebears, the innate empathy that we carry with us, will make it possible for us to meet the future with a compassion, not just for our fellow countrymen and women, but for all the peoples of the world.

There is an Irish saying that is perhaps the best way to express this sentiment:

Translated loosely, we all live in each other’s shadows; people need and rely on each other.

I leave that with you this afternoon as a thought to carry with you.  I am very pleased to have this opportunity to meet with you here today in Mineola and I wish you well in your future endeavours. 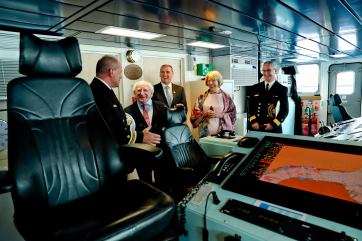 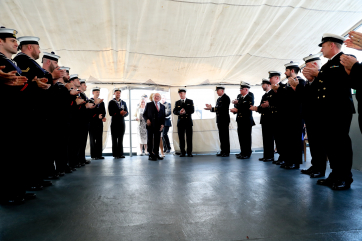 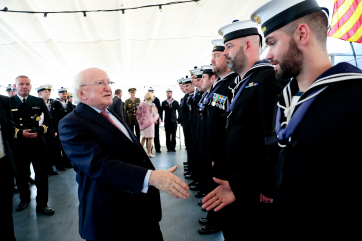 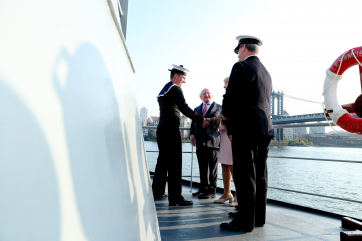 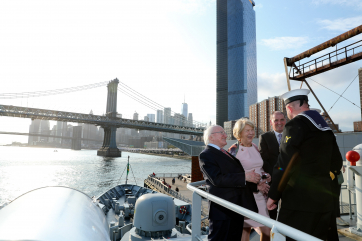 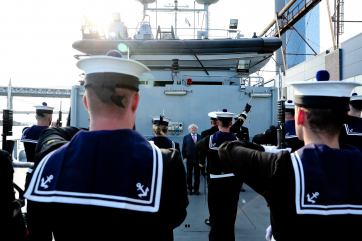 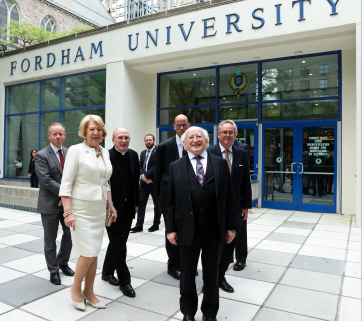 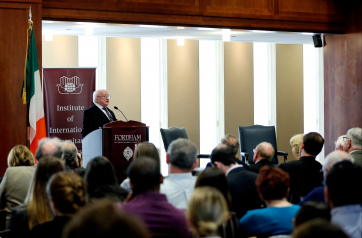 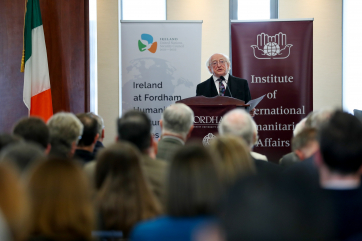 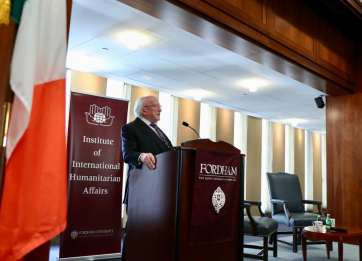 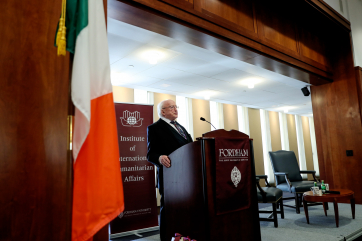 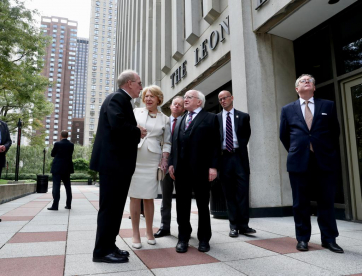 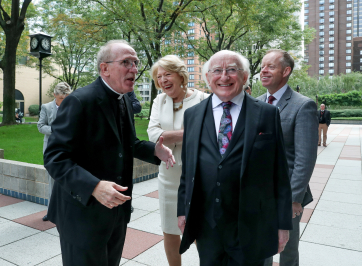