Welcome address by President Michael D. Higgins at a reception for participants in Foreign Ministers’ Retreat on Palestine

May I thank you for siding with hope rather than with despair, and for coming here to try and push the boulder which threatens, and needs the strength of all our shoulders

I am very pleased to welcome you here to Aras an Uachtaráin, the home of the President of Ireland, as you prepare for what is without doubt a most important reflection. It is one so many will welcome in the hope that it will make a fresh contribution to such thinking as may take practical and courageous steps towards the resolution of the conflict between Israel and its Arab neighbours, and especially Palestine.

May I warmly commend the Irish Government, and in particular the Tánaiste and Minister for Foreign Affairs and Trade, Simon Coveney, for this initiative which I know is part of his ongoing commitment to seeking the building of peace in the region.

It is with a heavy heart that one must reflect on the human, political, economic and social price that has been paid for the continuance and indeed escalation of this conflict as it expresses itself but yet one must also be willing to engage with the challenge not least by envisaging what a great benefit, and not just regionally but globally, would flow from a process that led to a resolution of this conflict that has gone on too long and at such high a price in human terms.

The issue of peace in the Middle East has been close to the hearts of the Irish people for decades. It is a region with which they are familiar, not only through discourse or media.  Many thousands of members of the Irish Defence Forces, on their return from UN peacekeeping service in the Middle East, have been keen to share their experiences with family and friends, thus adding to the awareness of Irish communities of the areas and peoples torn by conflict in which they have served.  It has built an appreciation, particularly among our young people, their parents and schools, of the delicate tapestry that must be woven in the building and sustaining of peace in this often-fragile region. So, on their behalf, as well as my own, as informed communities on the issues of the Region I welcome you.

I want to thank all of you who have travelled to be here with us. I know that some of you have come directly from a European Foreign Ministers’ Council in Brussels today. Some of you are occupied with final preparations for the EU-League of Arab States Summit in a few days’ time. All of you I appreciate have busy schedules and pressures.

Your coming here gives evidence that you are anxious not to avert your gaze from a matter that does concern us all, and because you share the conviction that this conflict must be resolved, and urgently. Just because it has gone on for so long – far too long – and proven so difficult to end, must not become a reason for such despair as would lead to any of us turn our attention elsewhere.

By coming here and participating, you show yourselves ready to go further, break new ground, and contribute to the urgent task of bringing a lasting peace to Palestine and to the Middle East. Resolution of this conflict we all know would open-up a new positive and exciting era in relations between Europe and the Arab World, our nearest regional neighbours.

In Ireland, it is surely understandable that we see this conflict through the prism of our own history our long periods as an occupied people, and also, more recently, in the light of the experience of our own peace process here in relation to Northern Ireland. From that peace process, two observations suggest themselves.

Firstly, as to necessity for such a belief as will sustain reverses and keep articulating possibilities - the words of Senator George Mitchell, a great American friend of Ireland, with an Irish name and a Lebanese heritage, who insisted:

“All conflicts made by man can be resolved by man.”

Your being here now gives testament that you believe that and are willing to give your commitment to such an ideal.

Secondly, I suggest that it is important to remember that peace is a process, not a moment. In Ireland, the process leading to the peace agreement took over ten years, and twenty years later we are still engaged on working through the new relationships between peoples and between these islands.

Our peace could not have been achieved without the steady and courageous activism of politicians from across the world and also civic organisations campaigning for a more just and peaceful society, many of which were led by the women of Ireland, North and South, and crucial too was the existence of a secretariat to the process, that could continue to produce text when the protagonists could not, or were not willing, to engage with each other, a dangerous vacuum thus being avoided.

The task of sustaining peace will always continue. The outbreak and recurrence of conflict can only be prevented by a willingness to address its root causes, which demands a particular courage, stamina, commitment and political imagination.

Yet surely there is no work more worthy of the time and talents of a political leader than contributing to the ending of conflict, to achieving a secure, free and prosperous future for a people – indeed for two peoples, for we know that an agreement is vital to the future of both Israelis and Palestinians.

If we are to truly commit ourselves to the objective of building and sustaining peace we are required to discard any narrow or cynical invocation of any defeatist version of the inevitability of conflict or the impossibility of a peaceful future. We cannot allow any version of the past to defeat the possibilities that lie in the future.  Let us instead heed the lost hopes of all of our collective pasts. Let us fledge new arrows and dedicate ourselves to the cause of a universal peace, a peace that can encompass all of the people of our shared and vulnerable planet.

So, may I thank you for siding with hope rather than with despair, and for coming here to try and push the boulder which threatens, and needs the strength of all our shoulders. I am confident that your discussions will deepen your understanding and assist by its sharing of ideas for the continuing work ahead.

You have my very best wishes for your meetings tomorrow. 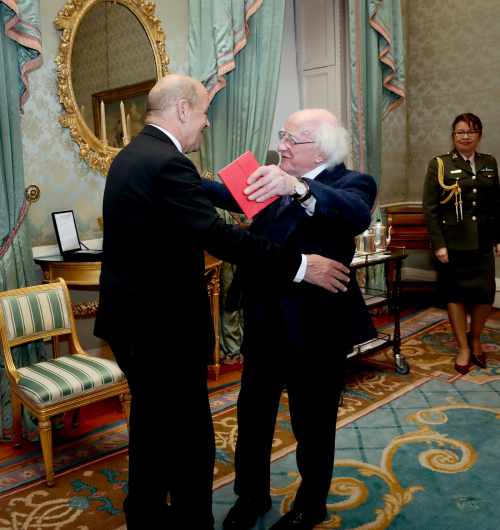 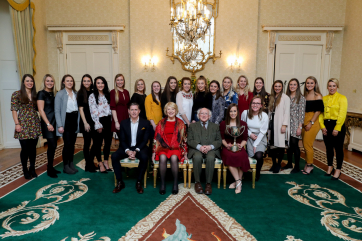 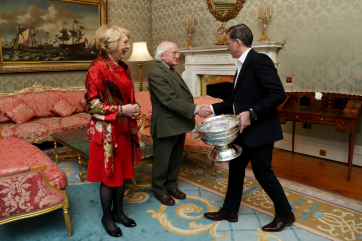 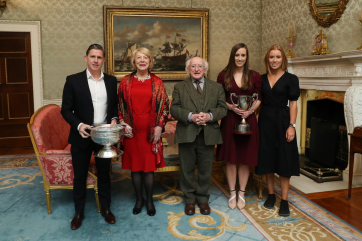 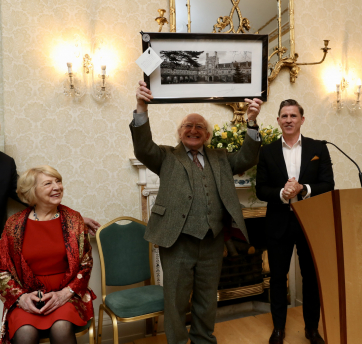 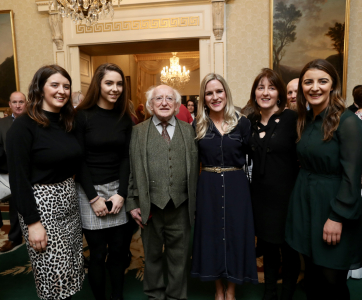 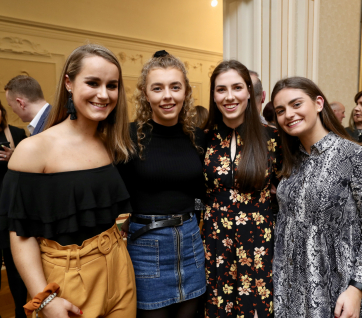 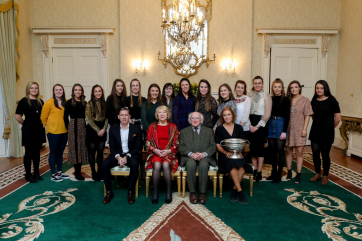