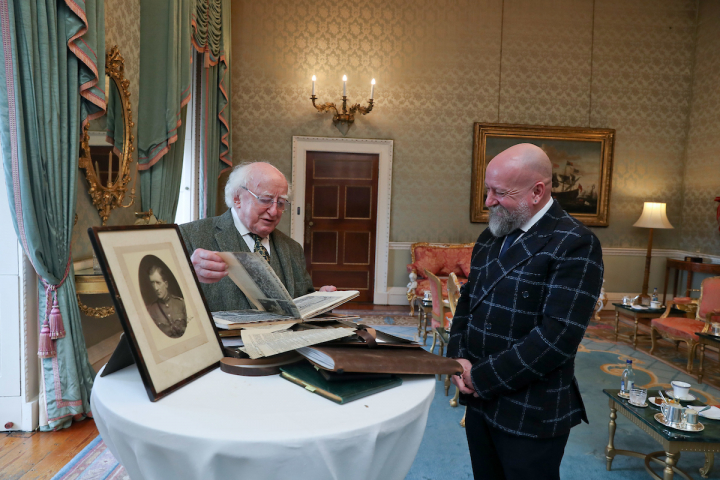 President Higgins received Mr Brian Redmond, Mrs Colette Redmond and Ms Chloe Redmond on a courtesy call, who showed the President documents and photographs from their family’s collection of memorabilia from the Treaty negotiations in London in 1921.

Mr Redmond’s grand aunts, Ellie and Alice Lyons, were secretaries to Michael Collins and later to Risteard Mulcahy and were based at Hanns Place while the negotiations took place.

Amongst the documents shown to the President were signed portrait photos of Michael Collins and Risteard Mulcahy, a scrap book containing newspaper clippings from the period, various original photos and autograph books of the Treaty negotiators, and a menu from the celebratory dinner on the night the Treaty was agreed which is signed by all those in attendance. 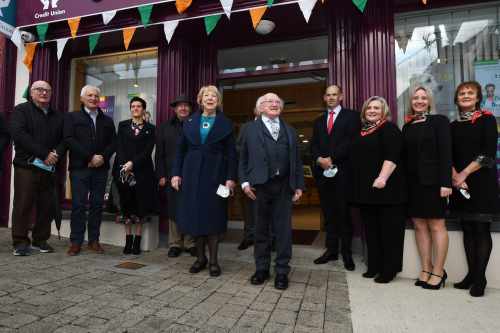 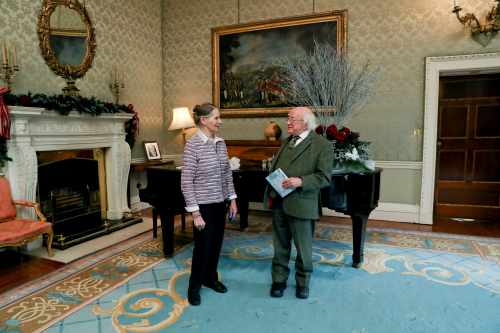