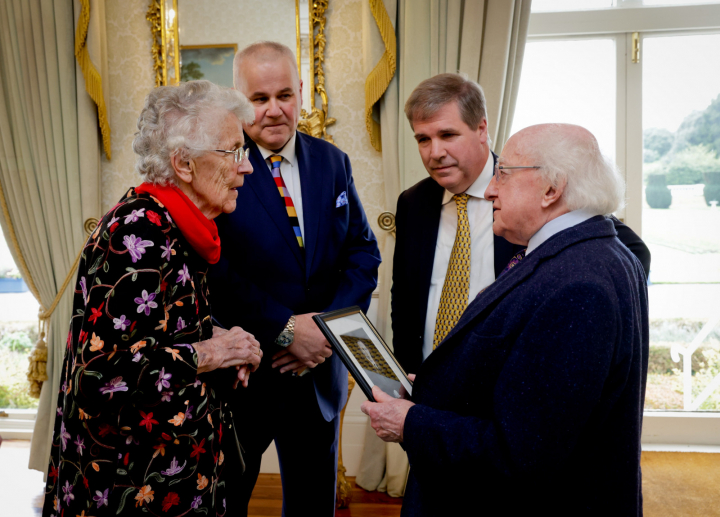 On Tuesday, 23 November 2022, President Higgins welcomed members of the Harry Boland Centenary Commemoration Committee to Áras an Uachtaráin on a courtesy call.

Harry Boland was an Irish republican politician who served as President of the Irish Republican Brotherhood from 1919 to 1920.

At the 1921 general election, Boland was elected to the second Dáil as one of the TDs for the Mayo South–Roscommon South. He was re-elected in 1922 as an Anti-Treaty candidate, but died two months later in St. Vincent’s Hospital during the Irish Civil War.

To mark the centenary of his death, a committee made up of descendants of Harry’s brother Gerald and sister Kathleen and friends organised three days of events in 2022.

President receives Ms. Mirjana Spoljaric Egger, President of the International Committee of the Red Cross, on a courtesy call 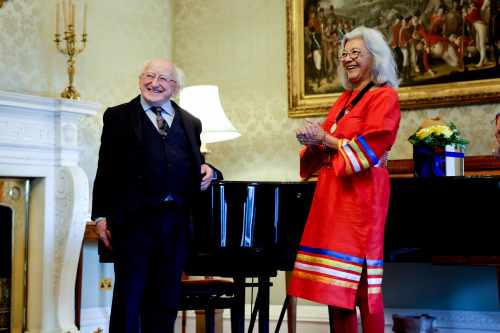