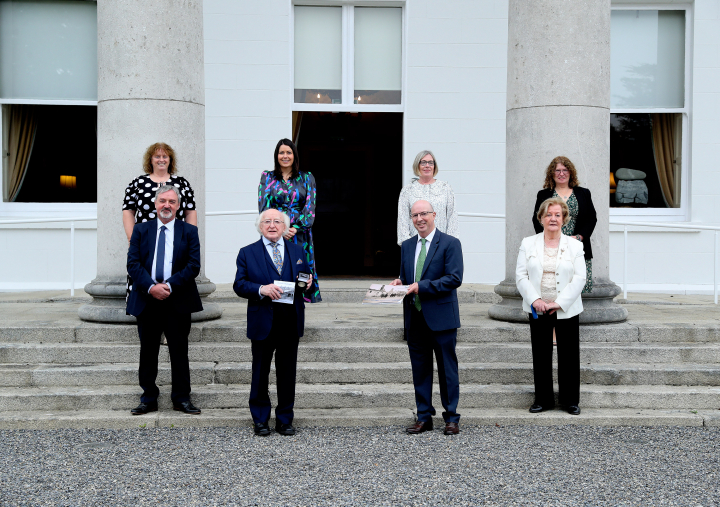 President Michael D. Higgins was today presented with a commemorative medal depicting the sack of Balbriggan by the Balbriggan & District Historical Society.

The society is this year celebrating its 40th anniversary, following its foundation in 1981. Last year the society organised a series of events to mark the centenary of the sack of Balbriggan, which occurred on the night of 20 September 1920.

A statement by President Higgins on the centenary, initially published on 20 September 2020, is available here. 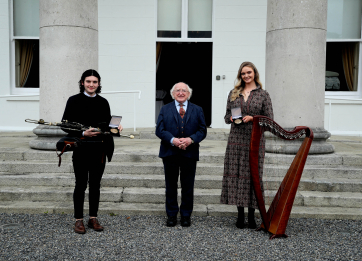 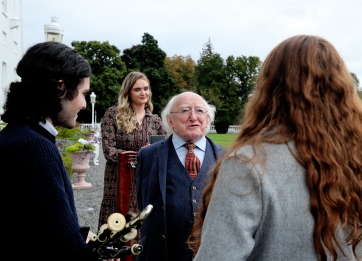 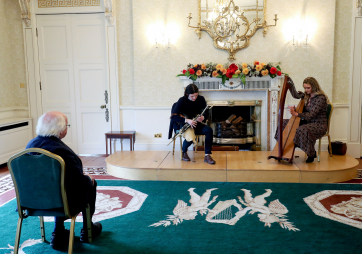 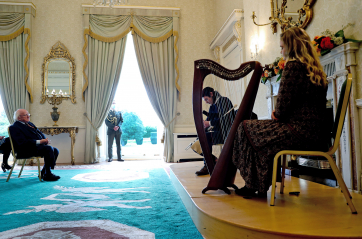 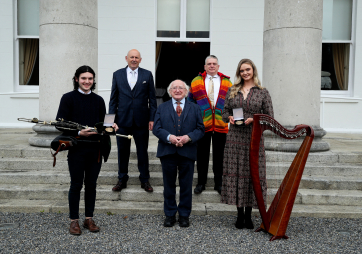 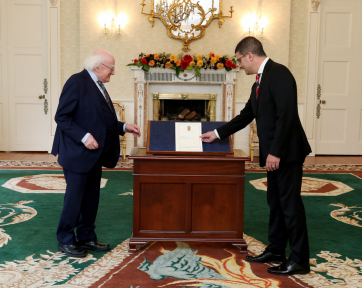 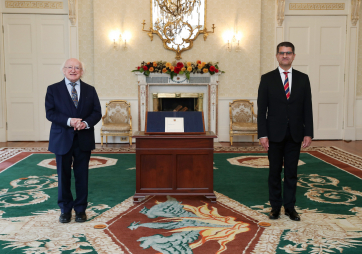 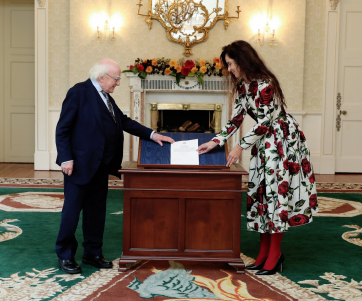 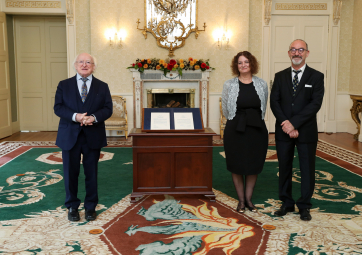 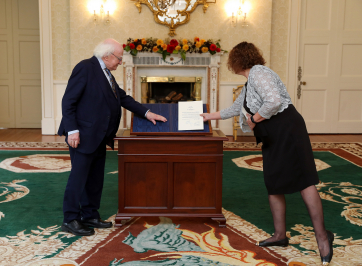 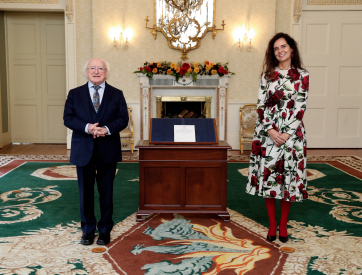