President receives Honorary Doctorate from the University of Athens, Greece 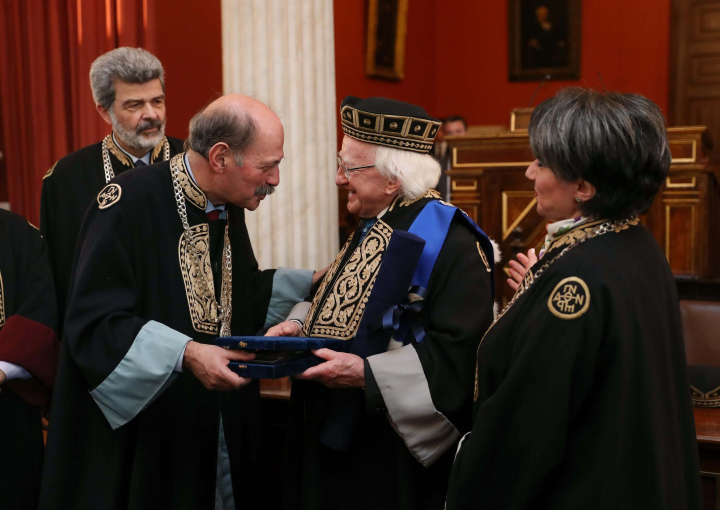 On the second day of the State Visit to Greece, President Michael D. Higgins was conferred with an honorary degree by the University of Athens's Department of English Language and Literature School of Philosophy.

After the ceremony, the President delivered a speech on the ancient and enduring relationship between Ireland and Greece, and their shared future.

In his speech, the President spoke of both countries' experiences with migration and emigration, and he praised the Greek people's response to the influx of migrants and asylum seekers in recent years.

Click on the Audio, Video or Speech tabs for more information. 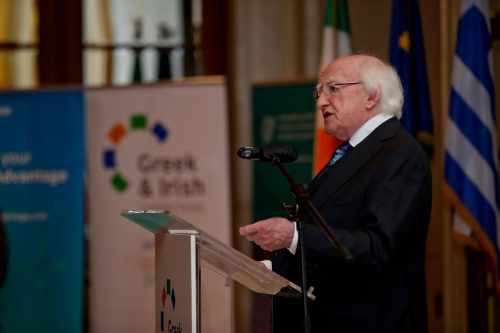 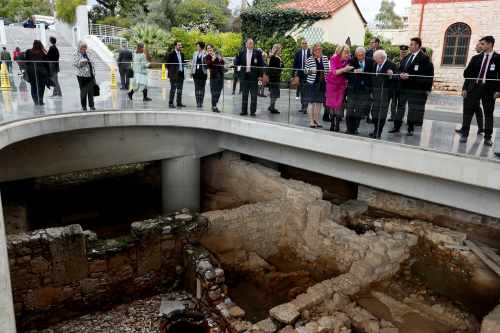