I am greatly honoured to participate in this dialogue, reviewing the fundamental assumptions of economic discourse and policy, which will define and determine the capacity of governments and nation states to successfully implement the ambitious Goals and Targets set out in Agenda 2030.

This is a moment of celebration of what has been achieved in agreeing ambitious universal targets for Sustainable Development, but it is also a moment to acknowledge that delivering on the promises to end inequality contained in Agenda 2030 will require concerted political commitment.  I would submit that to achieve our objectives, we also need little less than a paradigm change in our assumptions.

Over the period of the Millennium Development Goals, since the year 2000 the number of people living in extreme poverty has been halved. However, this has largely been achieved because of good progress in a relatively small number of countries.

At the global level there has been a general recognition, against the background of economic and financial crisis, of the reality of growing inequalities, both between states and also within states.

We know now from our experience of the MDGs, and indeed from efforts in preceding decades, that equity and a reduction in poverty levels are not automatic outcomes of the development processes we have defined and embraced to date. Our current dominant model of economic growth includes a growth based on speculation and debt, a growth without equality, and a growth without employment.

We know also, and this is recognised in the Goals, that development cannot be contemplated in isolation from issues such as climate change, gender equality and human rights.

It will require delivery of new policy options in areas beyond development aid: areas such as access to land, technology transfer, energy policy, and financial and taxation regulation.

Indeed, it is one of the most notable and welcome features of the new Goals, that they go beyond aspiring to address poverty as a symptom, but go further to address the structural causes of inequality.

In forging new models of development, it is essential that economic forces are harnessed to serve the requirements of social justice and human rights, rather than interests of justice being seen as residual to the demands of the market.

Success will also depend on the ability of marginalised communities and civil society in the poorest countries to exert influence on policy making. Empowerment of those living in poverty is a critical part of the fight to end poverty.

It is essential too that the central role of the State as the guarantor of the human rights of citizens is retained, or in some instances recovered.  We must recognise that unless States and democratic systems of government can acquire, retain, or recover the capacity to harness development and growth for the benefit of their citizens, the legitimacy of democracy itself will come into question.

This is a moment of hope.  Parallels have been made between this year 2015 and 1945, in that, at both moments in history, the leaders of the world came together to forge new systems and institutions to meet the needs of their time.

If this generation is to meet its historical responsibilities, we must ensure that the agreement being signed this weekend signals the beginning of a sustained process of institution building rather than being merely a momentary flicker of hope.

We are called upon to engage with our possibilities and allow a new world of shared vulnerabilities and prospects to be born. 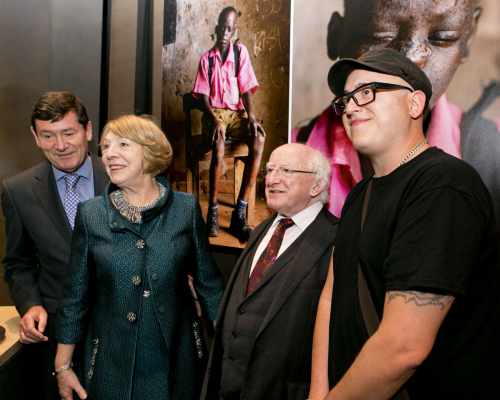 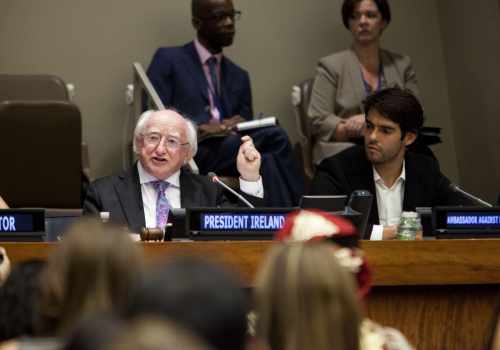 President delivers a keynote message at a session on, ‘Mobilising Generation Zero Hunger’