Speech at the Opening of Avondale House & Forest Park

[May I say how delighted I am to be here in the beautiful surrounds of Avondale House on the west bank of the River Avonmore at the opening of the redeveloped Avondale House and Forest Park.]

May I take this opportunity to welcome Ministers Simon Harris and Pippa Hackett who are in attendance today.

May I also thank Imelda Hurley, Chief Executive of Coillte, for the invitation to open the forest park today.

This facility will provide a world-class visitor destination in Rathdrum, County Wicklow, for the citizens of Ireland and indeed for visitors to our country from overseas to enjoy.

The ‘Beyond the Trees Avondale’ development has transformed Avondale House and Forest Park into a unique attraction and an important new destination in Ireland’s Ancient East. In addition to Avondale House, this visitor destination, which includes a new Treetop Walkway through the forest, which Sabina and I have just experienced, leading to a 38-metre wooden viewing tower, offers visitors spectacular views of Coillte’s Avondale Forest Park and the surrounding countryside.

Avondale of course occupies a significant place in Irish history, both as the birthplace and home of Charles Stewart Parnell. Parnell and Michael Davitt are the foremost figures in the movements of the 19th century to give security and ownership of their land and labour to an Irish tenantry. Parnell is a figure of immense courage in his emergence from his own class to engage with the land issue – the greatest social issue of his time.

Avondale from a century earlier carries the work too of Samuel Hayes who inherited the estate in 1770. In addition to Samuel Hayes being the author of Ireland’s first major book about trees, he also played a very important role in Irish forestry, he being among the first to realise that the native forests of Ireland were disappearing at an alarming rate, and would go on to set about creating a forest park at Avondale, which is often thought of as the birthplace of Irish forestry.

After his death, the house and estate passed to his cousin, John Parnell, and then on to Charles Stewart Parnell who inherited the responsibility of running a large estate in financial difficulties. This experience shaped the way Parnell thought about landowners and tenants in Ireland and informed the direction his political career would later take.

Avondale therefore represents an important aspect of Ireland’s history, and has continued to play an important role in contemporary times as host location of the Parnell Summer School. I am pleased that Avondale House itself will represent a significant part of this new visitor destination. Much work has been completed over the last twelve months to ensure that Avondale House is preserved and, where possible, restored.

I am quite concerned that resources such as those here at Avondale be available to all our citizens, irrespective of age or circumstances, and that we plan, and provide facilities for that access. If Avondale is to be a true success as an excursion destination, it must be accessible to the widest range of visitors, young to old, and of all abilities and circumstances.

I am glad that significant efforts have been made here at Avondale to achieve inclusivity. In addition to the Treetop Walk, walled garden and Seed Café, Avondale now contains a children’s playground, a sensory garden, a pavilion area which showcases the history and relevance of Irish forestry, and a series of facilities to ensure the overall site is as inclusive and accessible as possible to those of all abilities. Additionally, the destination will soon include the opportunity to visit historical Avondale House itself which I look forward to visiting shortly.

From an architectural perspective, I am pleased to learn that indigenous timber was used to create the innovative timber structures seen at the park. Locally sourced Douglas fir was used for the Treetop Walk and Viewing Tower, and the longest spans ever produced from home-grown Sitka spruce are visible in the new Seed Café.

Facilities such as these here at Avondale are so important in helping us to establish, maintain and perhaps rekindle our vital connection with nature, to find resonance with the world and with each other.

We have ample evidence that the natural environment has helped many people to cope with negative feelings such as increased anxiety that have resulted from lockdowns and the day-to-day living with the Covid-19 pandemic. Survey data tell us too that people spent more time outdoors in nature during the pandemic. Use of parks and recreational areas, including forests, beaches and lakes, all increased. Green and outdoor spaces have played an important role in allowing people to see their loved ones during periods of isolation.

New research has shown how the increase in recreational use of natural environments has resulted in improved health and wellbeing and a significantly reduced risk of certain lifestyle diseases.

Indeed, the pandemic has brought about changes in the lifestyle, norms and attitudes of people in many ways, some of which may remain over the longer term – such as the establishment of regular exercise habits in urban parks, and increased awareness of the importance of nature experiences.

However, not everyone has equal access to the green spaces they need to improve their personal wellbeing. There is a clear connection between how people have been using the outdoors under Coronavirus restrictions and the distance between green spaces and their homes. Research has shown that those living closer to their nearest public green space were more likely to visit than those living further away.

This is hardly revelatory. One might say such a finding is a fundamental and obvious truth which makes its absence from so many policies and planning decisions so utterly regrettable. Analysis such as this underlines the importance of nature, of its crucial role in appropriate housing and spatial planning policies, of every citizen having access to green spaces and the natural world, regardless of whether they live in rural or urban settings.

The pandemic has allowed many of us to develop a new appreciation of the great outdoors, but this renewed engagement with nature comes at a time when our natural world is facing an unparalleled climate crisis delivered by a dysfunctional connection between economics, social cohesion and ecology.

Our planet burns. The position in which we find ourselves is a damning indictment of failed climate leadership at the global level.

Developing a greater consciousness of the ways in which humans and the natural world are inextricably connected is now more crucial than ever. As a society, we must regain our resonance with the world – with nature and each other – if we have any hope of avoiding the bequeathment to the next generations of a hostile and volatile Planet Earth.

Our basic human morality surely suggests that it is indefensible that another 100 million people be doomed to extreme poverty by 2030, and millions other condemned to famine and malnourishment, as is currently occurring in the Horn of Africa, should we fail to honour the commitments we have made to tackle climate change as expressed through the United Nations 2030 Agenda and Sustainable Development Goals, as well as the Paris Agreement, and the consensus, limited as it is, agreed at COP26 in Glasgow last year.

The need for collective action addressing the climate crisis becomes more evident every month. Reports from the international scientific community produced by the United Nations Intergovernmental Panel on Climate Change are piling up year after year, all steering us to the inescapable conclusion that we are in dire circumstances with regard to our planetary ecological imbalance.

Biodiversity, too, has been rapidly declining and is contributing to ecosystem collapse. What an extraordinary statistic it is that wild animals have declined by 85 percent since the rise of humans. More than a million species (a quarter of all living things) are believed to be on the verge of extinction, with an average 60 percent decline in animal populations since 1970 – including 40 percent of amphibians, 26 percent of mammals and 33 percent of corals. The current rate of biodiversity loss is 1,000 times higher than the historical rate.

Lest we fall into despair, the good news is that agencies such as Coillte are demonstrating commitment to addressing sustainability, and I applaud its plan to plant 100,000 hectares of new forests by 2050, supporting the delivery of one-third of Ireland’s afforestation target and providing a carbon sink of 18 million tonnes of CO2.

In terms of lived experience, may I suggest that places like Avondale House and Forest Park allow us all – people from diverse walks of life, of all ages and backgrounds – to reconnect with nature, to reaffirm its critical position in our lives, perhaps even to commit to taking individual and collective actions to protect it, to tackle declining biodiversity and climate change.

This could be the greatest impact and legacy of this beautiful forest park which I am so pleased to formally open today. 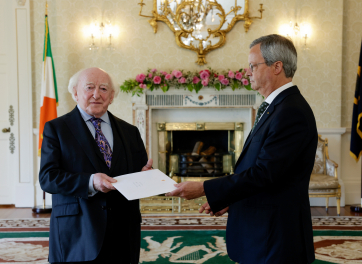 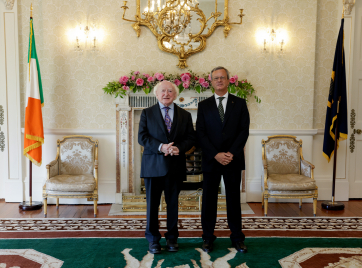 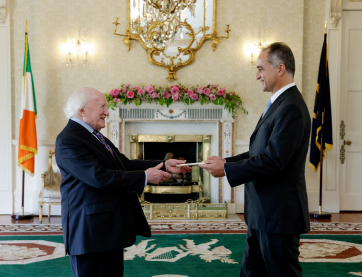 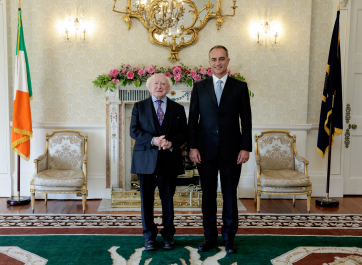 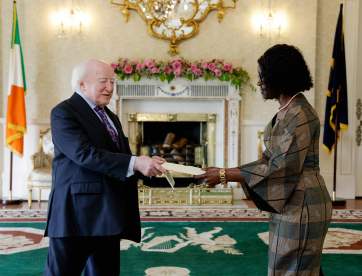 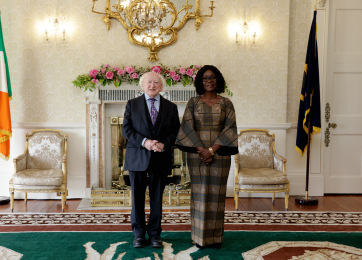