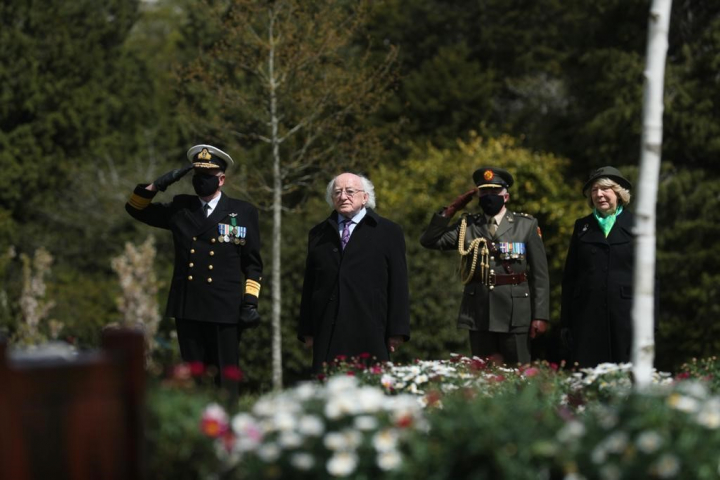 A State commemoration ceremony takes place each year at the Church of the Sacred Heart, Arbour Hill, the final resting place of the seven signatories of the Proclamation of the Republic and other executed leaders of the Easter Rising.

President Higgins laid a wreath in honour of those who died in the 1916 Easter Rising, and a minute silence was observed.

Click here for more information about the President's work on "Ethical Remembrance". 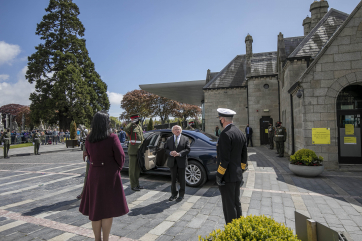 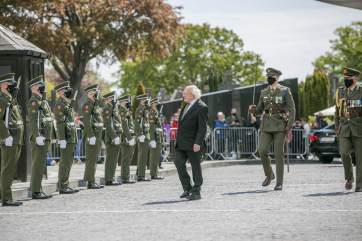 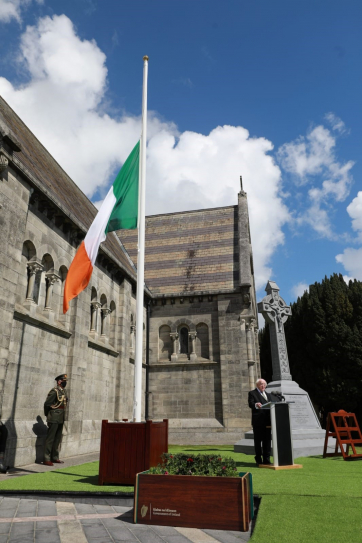 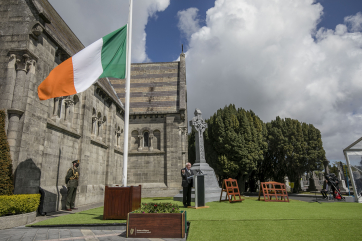 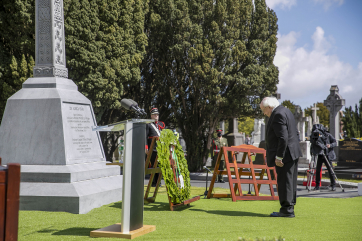 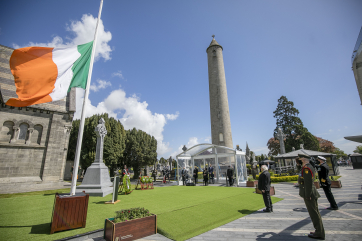 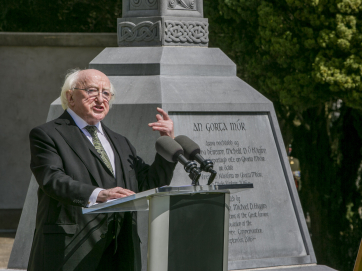 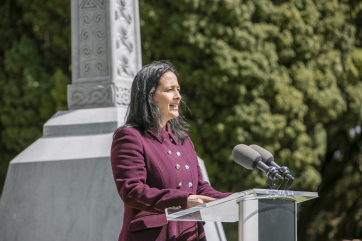 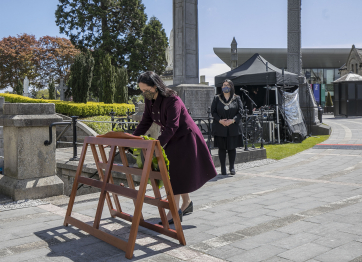