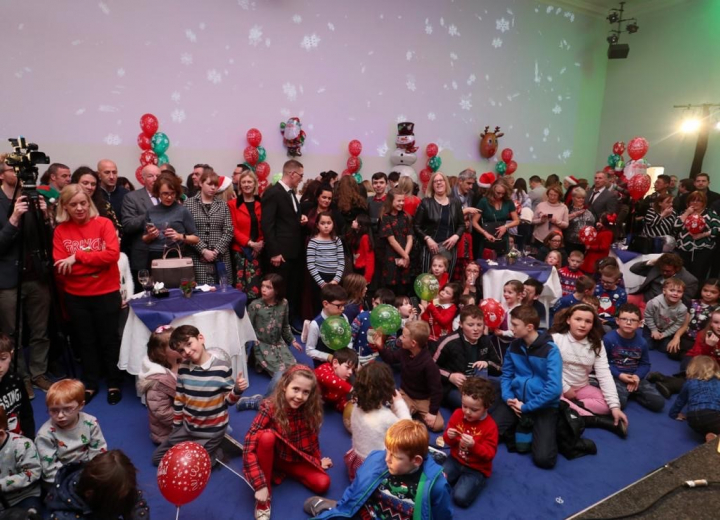 Each year, President and Sabina Higgins welcome hundreds of specially invited families to Áras an Uachtaráin for the official switching on of the Christmas lights.

This year, the President and Sabina again invited 100 children and their carers to Áras an Uachtaráin, which was transformed into a winter wonderland with twinkling lights, reindeer toys, teddy bears and a special appearance by Santa. This year’s event also featured a horse and sleigh, provided by WALK, the Walkinstown Association for People with an Intellectual Disability.

Since his inauguration, President Higgins has made a determined effort to open Áras an Uachtaráin to members of the public, and he has invited countless people and organisations that work on initiatives to promote social change, inclusion and practical solidarity.  (You can read more about the President's thematic priorities here)

An estimated 20,000 people are invited to the home of the President each year. 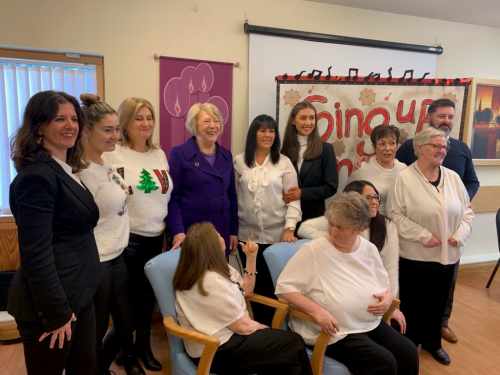