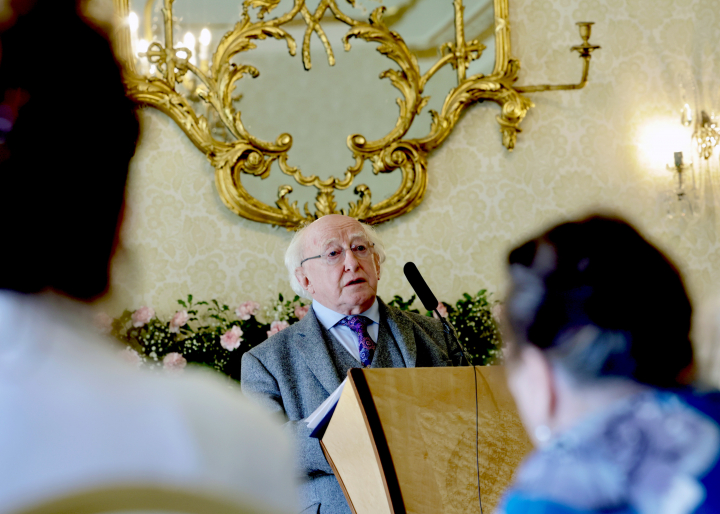 The President and Sabina Higgins hosted a special event at Áras an Uachtaráin, bringing together a wide range of organisations to consider together what contribution they can make as a group to strengthening gender equality.

Noeline Blackwell, CEO of the Dublin Rape Crisis Centre, acted as moderator for the event, which was initially due to take place on International Women’s Day but had to be postponed as a result of the President and Sabina’s positive tests for COVID-19 earlier that week.

The event, initially announced by President Higgins on St Brigid’s Day, is one of a number of actions which the President has taken since his appointment as a United Nations HeForShe Champion in 2015, in support of UN Sustainable Development Goal number 5 - to end gender-based violence.

The attendees held discussions about what actions their organisations might be able to take to progress greater gender equality in society. As part of this consultative process, Noeline Blackwell asked the audience to reflect on the discussions of the day and to send back their thoughts on the issues raised. 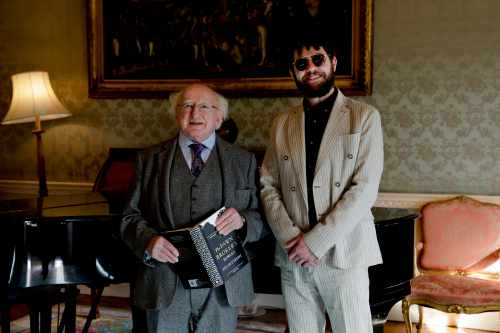 President receives Mr. Declan O’Rourke who will present a copy of his book “The Pawnbrokers Reward” 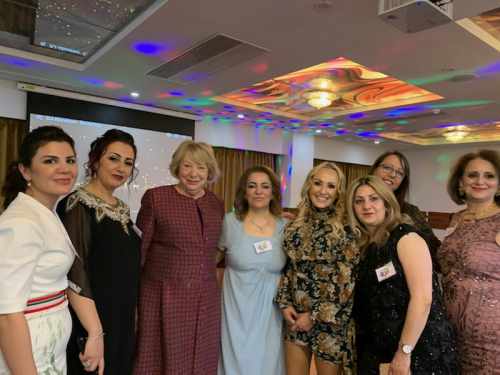