As President of Ireland, I am delighted to welcome you today to an online screening of The Great Green Wall, a documentary that shines a light on one of the world’s most ambitious but perhaps unsung initiatives to tackle climate change and deforestation. I had planned to host a screening of the film in March here in Áras an Uachtaráin, the home of the Irish President, but regrettably the consequences of the COVID-19 crisis forced us to cancel that event.

May I commence by commending Irish Aid for their financial contribution to the making of documentary, and thank Don Mullan for his work with the Holy See on the initiative.

The Great Green Wall premiered on 31st August last year at the Venice Film Festival and was shown to 150 Heads of State at the United Nations Climate Action Summit in New York shortly afterwards. Executive-produced by the Oscar-nominated director Fernando Meirelles, the film spotlights the plan, agreed originally by 11 African nations in 2007, to plant an 8,000-kilometre belt of trees and vegetation, 15 kilometres deep, across the Sahel, the semi-arid area that stretches the entire width of the continent, just below the Sahara desert.

The ambition of the initiative is to restore, by 2030, 100 million hectares of currently degraded land, and sequester 250 million tonnes of carbon. Shockingly, almost half of land in Africa is classed as degraded, jeopardising the livelihoods of two-thirds of the Continent’s population

The project will create 10 million green jobs directly and indirectly, fostering economic opportunities for the world’s youngest population. The Wall will support communities living along the Wall to grow fertile land, one of humanity’s most precious natural assets.

The project aims to improve food security for the 20 million on the verge of starvation across the Sahel, as well as providing much-needed climate resilience in a region where temperatures are rising faster than anywhere else on Earth and are predicted to rise by up to 5 degrees Celsius by the century’s end.

The 90-minute documentary tells its story through the eyes of Malian musician and activist, Inna Modja, who travels through Senegal, Mali, Nigeria, Niger and Ethiopia. Along the way she meets some of the people most affected by climate change and land degradation in the Sahel, and highlights the issues that the Green Wall aims to counteract: desertification, drought, resource scarcity, conflict, migration and radicalisation.

The Great Green Wall project is being implemented in over 20 countries across Africa, and more than $8 billion has been mobilised and pledged for its support. Since its launch in 2007, significant progress has been made in restoring the fertility of Sahelian lands, especially in Ethiopia, Burkina Faso, Mali, Niger, Senegal, Nigeria and Sudan, with over 20 million hectares of degraded land restored, and approximately 12 million trees and 2 million seeds and seedlings planted from 50 native species, creating 20,000 jobs.

Despite all of this progress, only about 15 percent of the Green Wall has so far been planted, indicating a gap between the ambition of this project and the actual results thus far. Notwithstanding this disappointment, progress is ongoing, and the documentary is a tale of optimism, solidarity and resolve. The Great Green Wall is a symbol of hope in the face of one of the biggest challenges of our time – that of desertification. If completed, this wall will be the largest living structure on Earth, three times the size of the Great Barrier Reef.

Irish funding of €1.2 million in grant aid from the Irish Government will support a “State of the Great Green Wall” Report providing authoritative analysis to assess the advancement of the initiative, and also to develop a portfolio of transformative projects along the Wall for future donor funding.

The Green Wall is just one of a series of transformations that requires urgent implementation if we are to mitigate the pernicious effects of human activity on this Earth over the course of the Anthropocene.

Let me be very clear about the challenge we face: climate change is the greatest existential crisis facing us all as a global community. Last year, Ireland became the second country in the world to declare a climate and biodiversity emergency, recognising the critical nature and scale of the challenge facing us all.

The challenges of living sustainably and inclusively cannot be met by our continuing in the grip of old and failed orthodoxies, or by our being constrained by an economic paradigm which would separate our engagement and activity in economic life from our culture and society or from the natural world. We require new ideas, and we must advocate for them intellectually and practically, invoking the enduring human values of compassion, solidarity and equality to address those inequalities of wealth, power and income which lie at the heart of the dysfunctional relationship between economic activity and the ecosystem.

The continent of Africa is now the crucible for the global challenges that we confront. It is bearing, and will continue to bear, the greatest consequences of climate change. The United Nations has estimated that, by 2050, the continent will contain 2.5 billion people, 1 billion of whom will be young people. By mid-century then, Africa will be the continent of the young, with nearly 40 percent of the young people on Earth – it promises to be a continent of promise and opportunity, one that will carry many of the hopes and aspirations of our vulnerable planet.

The Great Green Wall is a cautionary tale for the world, one that lays bare the very real impact that climate change is already having in some areas. It is a compelling example of humans and nature working together to create a unique, positive legacy – a new world wonder for the next generation, a much-needed act of inter-generational solidarity.

I wish you an enjoyable, stimulating and uplifting screening of this excellent documentary. 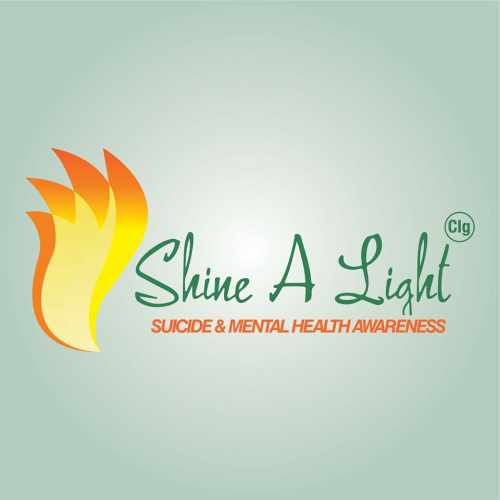 Shine a Light - Make Some Noise