President gives an address at “Beo” 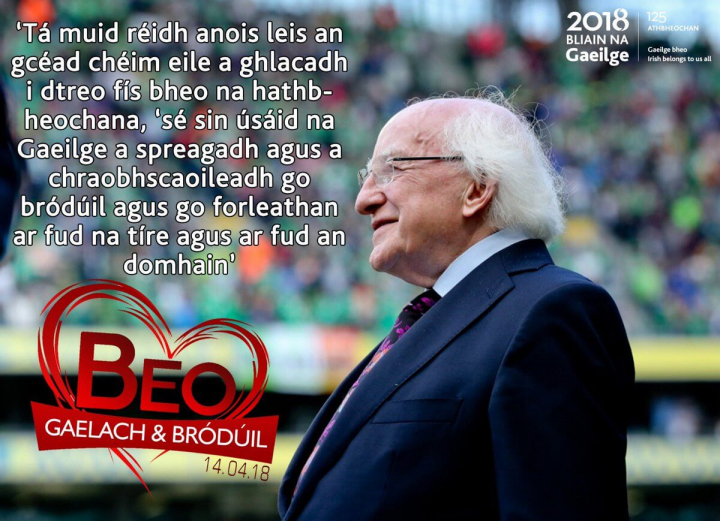 President Higgins gave an address at “Beo”, a festival to celebrate the Irish language.

Click on the link below to read the President's speech.

Throughout his career, President Higgins has championed the Irish language and he was one of the driving forces behind the establishment of Teilifís na Gaeilge, now TG4.

In his inauguration speech in November 2011, President Higgins said that his would be a Presidency of Ideas, and one sensitive to language, concepts and unspoken assumptions. Since then, he has on many occasions highlighted the central place of the Irish language in our history and culture, consistently encouraging people to speak the language, even if they only have the ‘cúpla focail.’

In his speeches, the President has called for a new ideas and commitment to spread the enthusiasm for the language and to encourage people to take it up. While preserving the language is important, the President encourages bilingualism and the creation of practical ‘Gaeltachtaí’ — in homes, schools and among friends.

President Higgins is patron of the Bliain na Gaeilge initiative. You can watch his message at the start of the Year here. 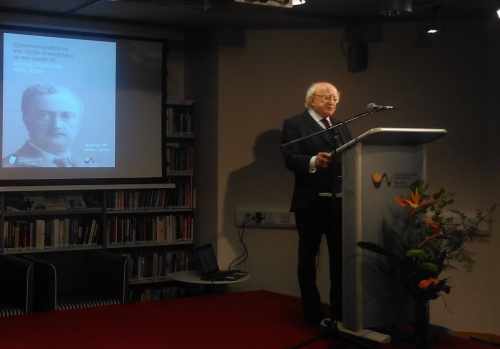