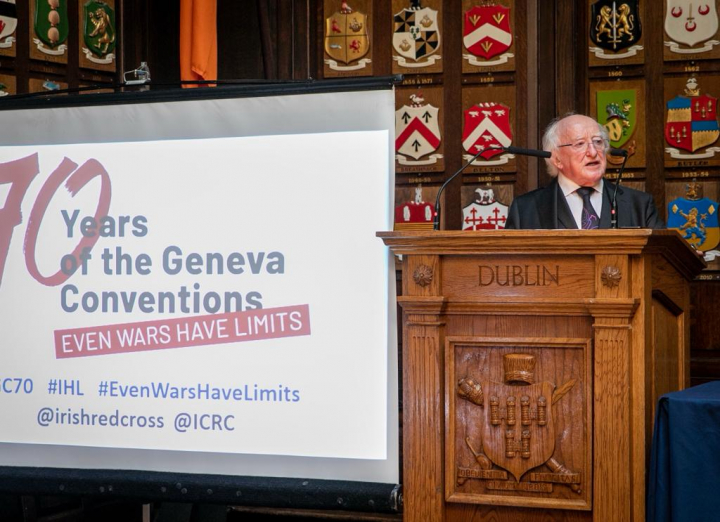 At an event in Dublin on 24 October, President Higgins marked the 70th anniversary of the Geneva Conventions.

The Geneva Conventions form the cornerstone of international humanitarian law, and govern the protection of people during armed conflict.

Adopted in 1949, in the aftermath of the Second World War, the four Geneva Conventions and their subsequent additional Protocols, constitute a body of law defining the rights of prisoners of war and civilian populations caught up in warfare, and provide a legal basis for the principle that in times of conflict, those who are not taking a direct part in hostilities must be protected.

At the event, President Higgins presented Ms. Vivien Lusted with the Florence Nightingale Award, an honour awarded every two years to outstanding people in the International Movement of the Red Cross and Red Crescent. The award, created in 1912, is the highest international distinction for nursing contributions in humanitarian action. 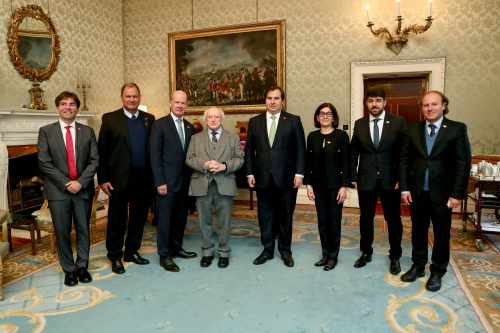