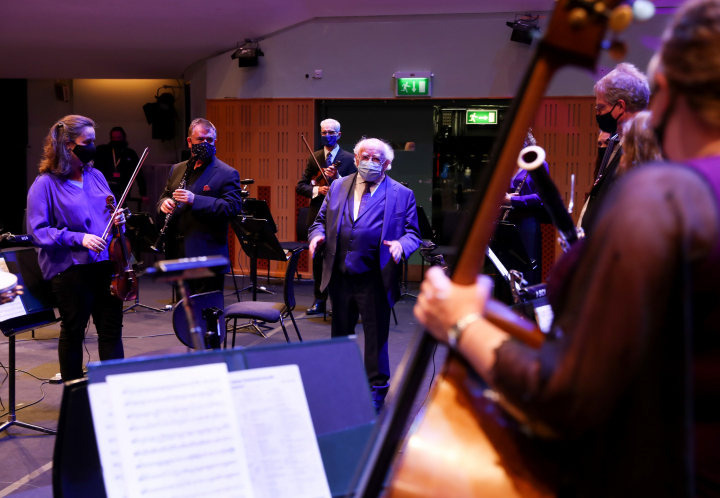 For the 7th year in a row, President Higgins marked Culture Night.

Because of public health restrictions relating to the Covid-19 pandemic, it has not been possible for the President to open up Áras an Uachtaráin to members of the public. Instead, President Higgins marked the event by paying tribute to the National Symphony Orchestra.

The President addressed the audience at the 'RTÉ National Symphony Orchestra Live' virtual event at the National Concert Hall.

Click on the Audio and Speech tabs for more information.