The President will attend the “Sound of Ireland” concert in the Abbey Theatre.

The “Sound of Ireland” celebrates the uileann pipes, and the concert is being organised to highlight UNESCO’s recent recognition of uilleann piping as an important and unique symbol of cultural heritage.

Earlier this year, the President welcomed the inclusion of piping in UNESCO’s Representative List of the Intangible Cultural Heritage of Humanity. See statement here.

In July last year, players from Na Piobairí performed at Áras an Uachtaráin, at a concert featuring musicians from Cuba and Ireland. 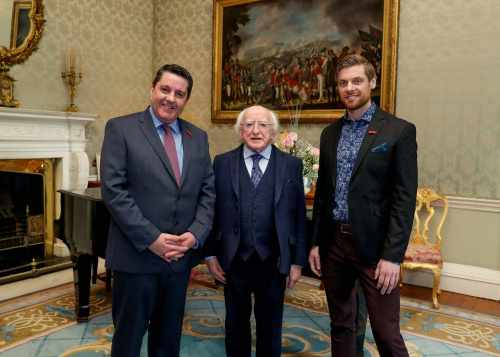 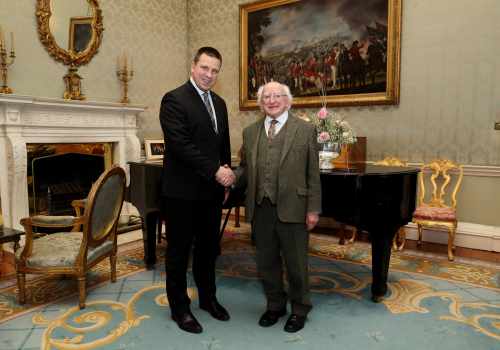 President receives the Prime Minister of Estonia on a courtesy call