Speech at the launch of the Planet Youth Strategy

[May I, at the outset, thank Emmet Major and Seán Ó Cuirreáin for the invitation to be here today to address you all in Galway, a place I still call home.]

Thank you for inviting me to mark the launch of the Planet Youth Strategy.  I am so pleased that the health needs of a vulnerable part of our youth population is being addressed in such a well-researched way.   an evidence-based primary prevention model that has been developed is aimed at reducing rates of substance use amongst adolescents.  I am so pleased that it is being supported by Galway and Roscommon Education and Training Board, the various Local Authorities, the HSE, Tusla, Youthwork Ireland, NUIG and all the participating schools, many of which are represented here today; your support for Planet Youth is so commendable.  Traoslaím libh.

In July of last year, the European Monitoring Centre for Drugs and Drug Addiction issued their latest Drug-Related Deaths and Mortality in Europe report. It found that Ireland reported amongst the highest incidence of drug use and drug-related deaths among the young adult population across the European Union. These are worrying facts, a fundamental challenge.

Behind the stark statistics lie the many lives shattered, futures lost, and families ruptured by addiction. There are also the many sad and individual stories of young people whose potential and possibilities have been diminished through addiction; stories of mistakes and regret, of lost opportunities and vanishing hopes, of the hurts they have inflicted on others and that have been inflicted upon them.

Evidence is vital if we are to develop the correct and appropriate interventions, programmes, strategies and policies, especially in a time when misinformation, prejudice and ignorance abound.

An empirical basis to problem-solving has been demonstrated across the social sciences to have enormous value, and I therefore commend Planet Youth for undertaking detailed surveys across 89 schools in Counties Roscommon, Galway and Mayo, shining a light on the real issues and concerns that are affecting the day-to-day lives of our young people in Ireland, as well as celebrating the positive aspects of growing up today in this country. Survey findings can be then used to inform the development of suitable interventions in the community.

When I meet and speak to young people, I am struck by how there is so much about which to be positive and hopeful.  While our education system is still on a journey to full inclusion, young people in Ireland today have never been better educated, have never had such opportunity – and I am not merely referring to a narrowly defined version of opportunity based on economic prospects, but to opportunity in the widest, most fulfilling and enriching sense.

We should acknowledge and value the energy, creativity and enthusiasm that young people have brought and can bring to the transformation of Ireland.  Drawing on the energy of youth to be an active citizen rather than a mere passive consumer was a theme which formed a significant part of the earlier stage of my Presidency when    I called on young people to ‘Take Charge of Change’ and invited them to share their vision for Ireland’s future with me. The recent youth-led climate demonstrations that have taken place across the nation are a brilliant manifestation of the young taking charge to demand transformation for the better.

The latest generation is, in terms of the technology of communications, the most interconnected generation in history and is a generation that continues to grow rapidly. Our planet will be a shared planet of the young. One of our greatest assets and sources of hope here in Ireland is that approximately 40 percent of the population is under 30 years of age – one of the youngest populations in the world.  The challenge is to create conditions in which our young citizens can resonate with contemporary Ireland, understand its promises and its failures and go on to make it a better society.

Younger citizens in Ireland are increasingly important drivers of change. Empowered with deepening critical awareness, they can realise their potential to impact positively, not only on their own lives but on the lives of others, organisations, and communities.

It is an important challenge, and one I know that young people will continue to meet with a sense of enthusiasm, underlain by a sense of social and environmental responsibility.

There is no doubt that, in the deepening debate on drugs policy, in particular, we are witnessing a shift internationally from a criminal justice response to drugs use to a response based primarily on a public health perspective.

Ireland has contributed to this debate, and we must continue to underline the importance of promoting a balanced approach to the global drugs problem, one that is underpinned by the promotion and protection of human rights and is focused on public health and education interventions rather than criminalisation. The active participation of civil society will be vitally important.

The nature and scale of the drug problem in Ireland has changed significantly in recent times. While many disadvantaged communities have historically borne the brunt of the drug problem, addiction has increasingly affected people from all walks of life, social classes, age groups, and from different communities. A comprehensive, multifaceted approach is therefore needed, and Planet Youth is distinctive in having a holistic approach to the complex social issues facing young people.

We live in a class-ridden society, and we must be aware of the often insidious rationalisation of recreational drug consumption by the middle classes which fuels the vicious cycle of drug use, addiction and crime. Drug consumption provides a black market for both small-time dealers who sell small quantities to offset the costs of their own drug use, as well as highly organised operations run like a legitimate business, but with appalling personal and social consequences.

Today there can be very few people in Ireland whose lives have not been touched by addiction in some form or other. It is estimated that for every individual directly affected by addiction, at least eight other people’s lives are affected, including partners, children, parents, grandparents, siblings, colleagues and friends.

These are, in many cases, also stories that have, at their heart, a genuine desire and resolve to overcome addiction and become a participative member of their community.

They are the stories of citizens with whom we share a common humanity, and it is critical that society does not fail them, but works with compassion, care and solidarity to empower those who wish to exit the frightening and isolating world of addiction.

If we are serious about building an inclusive society, an inclusive Republic – one in which all citizens are treated with equal dignity and respect and are empowered to participate in our democracy – then to achieve this goal and give expression to the vision of universal human rights, we must seek out and embrace those of our fellow citizens who are most vulnerable and suffer the greatest exclusion, recognising the indelible impact that class structure has on how we relate to each other and how we rationalise behaviour.

[May I conclude by wishing Planet Youth every success as it launches the next phase of the project, including the wider roll-out of the programme in North Dublin, and potentially the Midlands and Limerick, as well as further surveys in 2020 and in 2022 to inform future strategies at community level. I have confidence this initiative will be a great success.] 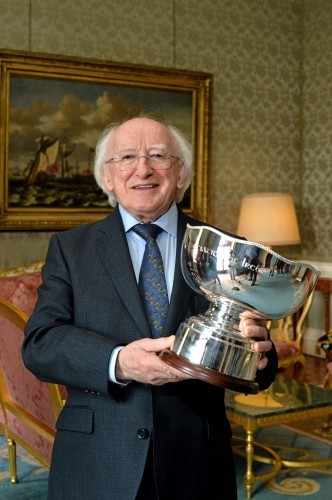 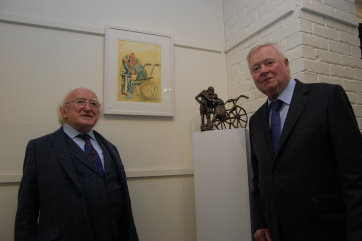 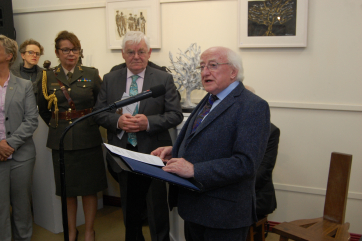 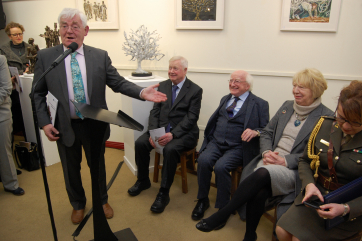 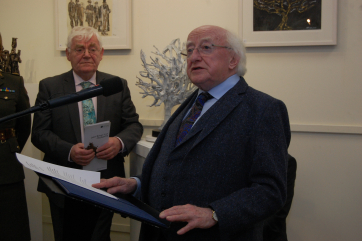 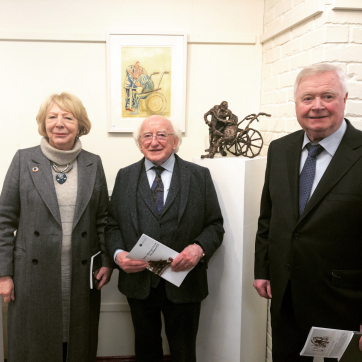