It is a profound injustice that those countries suffering the greatest human and economic impact of the pandemic and climate change happen to be those least responsible for the carbon emissions that threaten their existence.

As President of Ireland I thank the organisers of this event for the opportunity it gives me to share some thoughts on the particular, and urgent, vulnerability that arises in relation to Small Island Developing States and the unfulfilled promises and responsibilities of the global community to make an appropriate response, to turn commitments made into action that would be implemented with urgency.

Small Island States are amongst those most exposed to two of the great challenges of our time – in the short term, the battle against Covid-19 and its many effects and consequences, and then of course, the long, enduring existential threat that is posed by climate change to such communities.

For the people and Governments of Small Island Developing States, these challenges have, in effect, interacted in a devastating way, the effects of one compounding those of the other, creating thus a further destructive potential.

It is a profound injustice that those countries suffering the greatest human and economic impact of the pandemic and climate change happen to be those least responsible for the carbon emissions that threaten their existence.

I use the term injustice deliberately, because this is fundamentally an issue of justice, of ethics and of the moral responsibility of the international community towards Small Island Developing States. If 80 per cent of the surviving biodiversity is in the lands of indigenous peoples it is so because of their partnership, respect, solidarity with Mother Earth. Those now threatened are the successors of inter-generational carers. Now they are the first line of the threatened.

As has been highlighted in the Secretary General’s report, there are structural failings within the global financial architecture, which make it difficult for Small Island Developing States to access the funding they need to ensure their sustainable development. This is a scandal and it should end.

Funds established with an enlightened purpose in mind – to assist countries to prepare for and reduce the risk of disasters – have also through institutional errors inadvertently created barriers to that same objective.

There is an urgent need for clarity, transparency, appropriate flexibility as to circumstance. A lack of consistency around eligibility criteria, and the capacity demands on applicant States, risk undermining the positive intent of those who put these instruments in place.

Similarly, and perhaps with even more serious effect, a one-size-fits-all approach which looks at Gross National Income per capita, without taking adequate account of other factors, risks undermining efforts to meet the needs of vulnerable countries.

If development is to be genuinely sustainable, we need to ensure that the mechanisms and structures we put in place to support it are equitable, ethical, and implementable.

Amongst other things, that means recognising the broader context that underlies the situation of many Small Island Developing States. A context that is anchored in the historical and structural realities of our world and its history.

It is undeniable that much of the vulnerability that afflicts Small Island States, and many other developing countries, is rooted in historical actions and injustices. I stressed this when they visited me in Ireland.

The minds of empire and colonisation are slow to let go, but let go they must be. The legacy of colonisation, economic exploitation and slavery, as well as the failed economic model that has pursued growth without ecological responsibility, for the benefit of the strongest, regardless of its environmental consequences, has been the source of much of the vulnerability that we are discussing today.

A failure by the global community in our time to take proper account of such vulnerabilities when designing structures intended – at least in part – to mitigate their effects can be rightly seen as a compound injustice, and it is even more urgent, as could the failure to adjust those structures should they be found to be inadequate.

The great advantage of this discussion is that structural deficiencies, and those weaknesses identified in the Secretary General’s report, can be addressed.

In that context, the development of a Multi-Dimensional Vulnerability Index can be among other important practical steps towards addressing the needs of a group of countries threatened by forces beyond their control, placed in such a position by the, at best, careless policies of the insatiable.

In the end, addressing the vulnerabilities of Small Island Developing States is fundamentally a political issue. With sufficient political will, we can ensure that fairness, equity and the right of all people to a sustainable future are embedded in global structures, in line with the Sustainable Development Goals.

Today’s meeting is an important step towards building that political will. Let us make sure it is successful, that it continues.

I am grateful to the Alliance of Small Island States and to its partners within the UN system for their invitation to contribute again to your event today.

I wish you well in what is an advocacy not just for you but for all humanity. 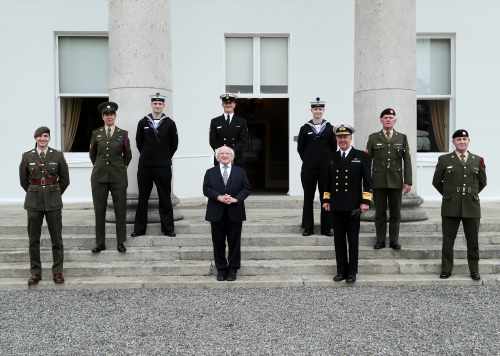