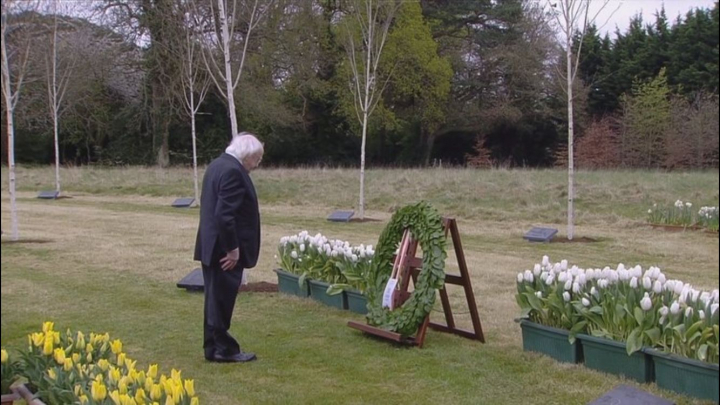 The ceremony took place at Áras an Uachtaráin and the GPO, the rebels’ headquarters during the 1916 Rising.

The ceremony began with President Higgins ringing the Peace Bell at Áras an Uachtaráin, followed by a prayer and a reading of the Proclamation. President Higgins then laid a wreath at a group of 16 birch trees that were planted by himself and Sabina in honour of the revolutionaries executed after the 1916 Rising. The laying of the wreath was followed by a minute’s silence, commemorating those who died in the Easter Rising as well as the victims of the COVID19 pandemic.

Read the President's Statement on the Easter Commemoration Programme here. 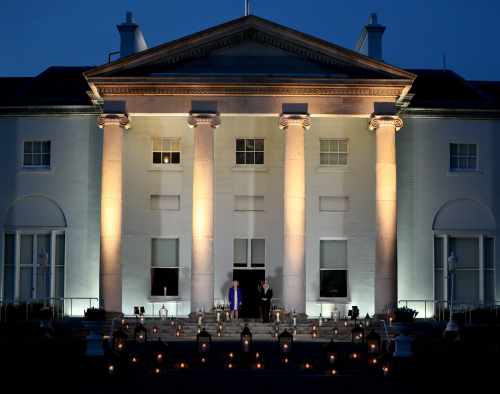 President addresses the Irish at home and abroad at Easter 2020