President appoints new Minister for Agriculture, Food and the Marine 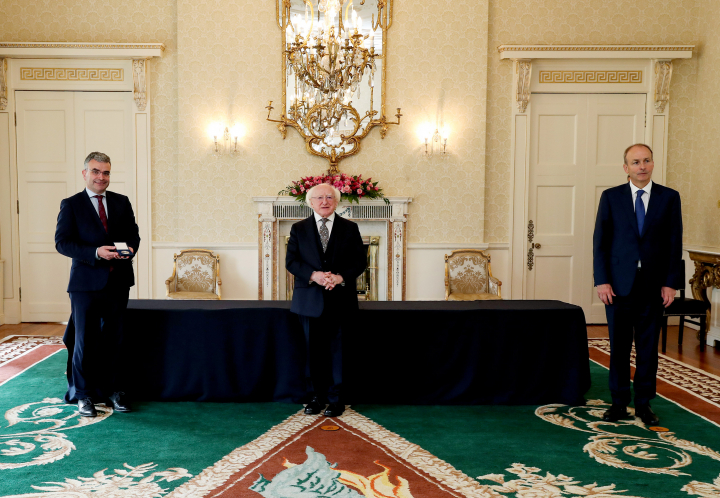 President Michael D. Higgins, in accordance with Article 13 of the Constitution, and following the approval of his nomination by Dáil Éireann, appointed Dara Calleary TD as Minister for Agriculture, Food and the Marine, and presented him with his Seal of Office.

An Taoiseach Michéal Martin TD was in attendance.

Introduced to the President was Jack Chambers TD, nominated as Government Chief Whip and Minister of State for the Gaeltacht and Sport. 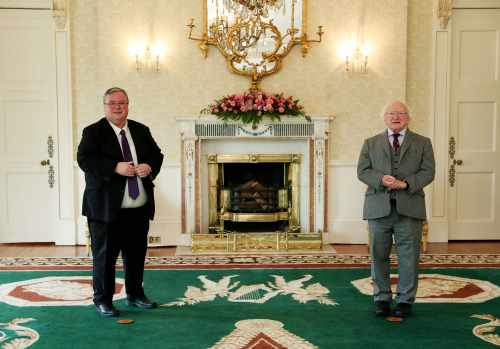 President receives Paul C. Bell, as he takes up his role as member of the Labour Court