Island of Gorée, Republic of Senegal 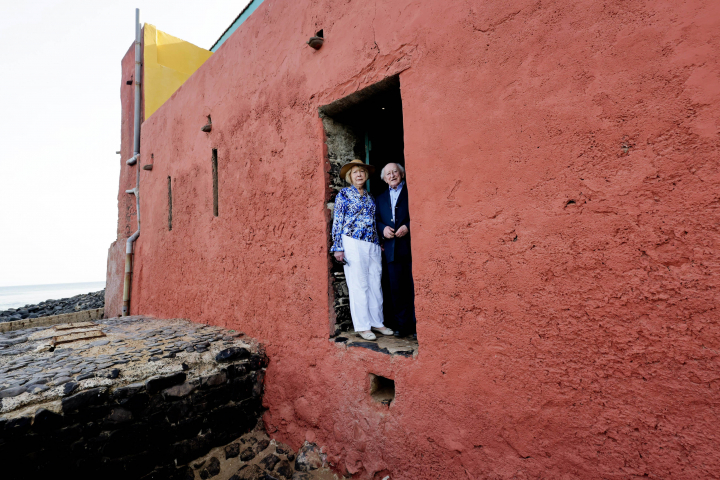 On the second day of his official visit to the Republic of Senegal, President Higgins travelled to Gorée Island, where he was accompanied by the Mayor of Gorée Island, Augustin Senghor, on a guided tour of the ‘Maison des Esclaves’ from the Curator of the Museum, Eloi Coly, and the Director of the Gorée Institute, Doudou Dia.

Gorée Island, the first UNESCO World Heritage Site in Africa, was a key slave-trading centre on the African coast from the 15th to 19th Century. ‘La Maison des Escalves’ and its Door of No Return is a museum and memorial dedicated to the victims of the trans-Atlantic slave trade, with previous visitors including President Nelson Mandela, Pope John Paul II and President Barack Obama. 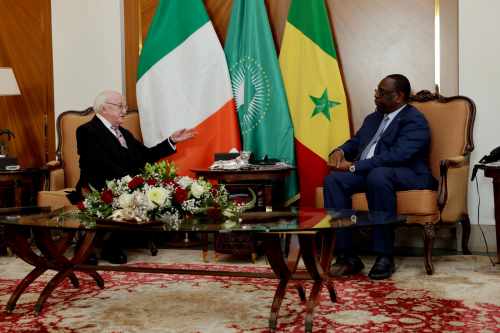