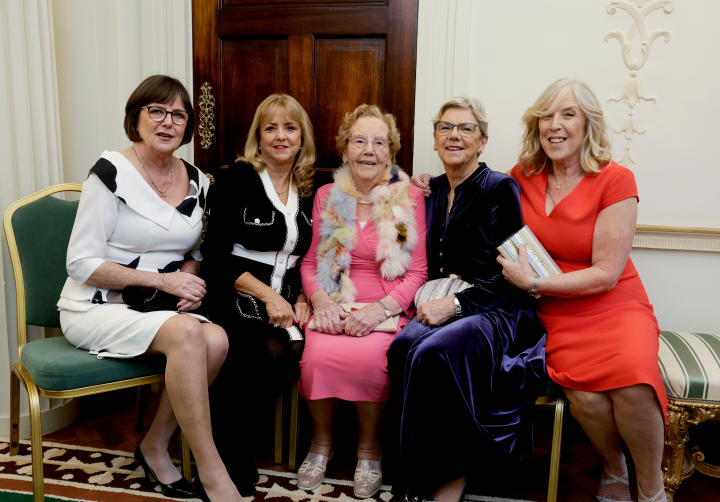 President and Sabina Higgins hosted an afternoon tea in Áras an Uachtaráin with groups from across Ireland.

Among those in attendance was Emily O’Brien, from Rosslare, Co. Wexford, who recently celebrated her 100th birthday with her daughters Carol O’Brien, Mellory O’Brien, Joan Walsh and Sheelagh O’Brien

Also present was Retired Captain Thomas Gunn and his family. Captain Gunn's father, the late Colonel Thomas Gunn, led National Army troops into what was then the Viceregal Lodge (now Áras an Uachtaráin) to take over the building from British troops on 14 December 1922. 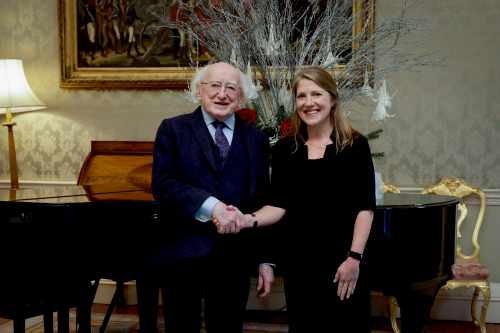 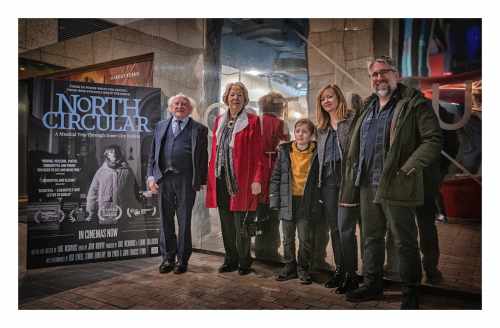