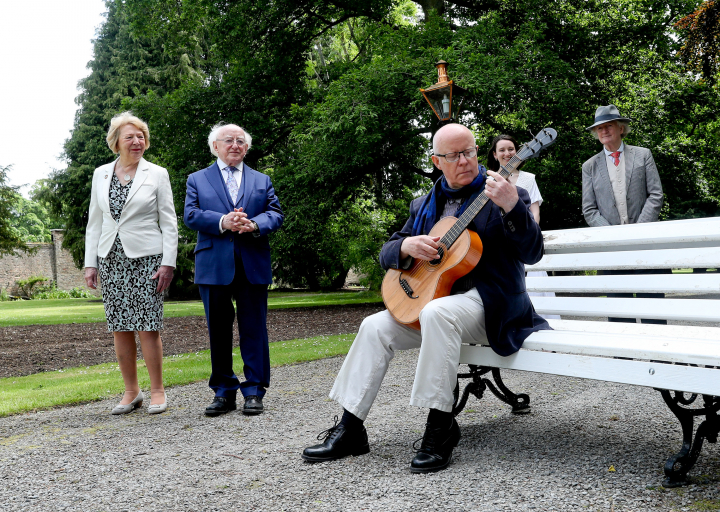 As they have done every year, President Higgins and Sabina will mark Bloomsday.

This year, the Bloomsday celebrations will take the form of online video performances by actors, singers and musicians performing in the grounds of Aras an Uachtaráin.

Click on the Video, Audio or Speech tabs for more information.

The Bloomsday event forms part of the ‘Imagination and the Nation’/’Samhlaíocht agus an Náisiún’ initiative by the President.

The event will be broadcast on Oireachtas TV, and will also be also available on the Áras an Uachtaráin Youtube channel. 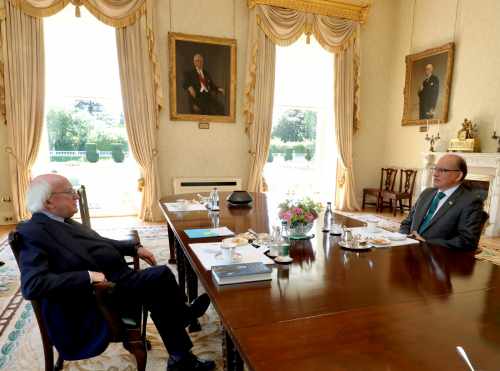 President receives Ambassador of Brazil on a Courtesy Call