The international community has failed women for too long, and by failing women, failed humanity.

May I thank Sarah Benson, CEO of Women’s Aid, for the invitation to address your webinar today as we mark the International Day for the Elimination of Violence against Women. May I also welcome the opportunity to commend most warmly Women’s Aid on the new report which you are launching today, shining a light as it does on a particular, and perhaps less researched, aspect of gender violence, that of relationship abuse among younger women.

The pursuit of equality for all citizens has been a focus of so many of the campaigns in which my wife Sabina and I marched and participated all our public life. We are both, however, acutely aware that, after small but significant gains, these are struggles that cannot be overcome as long as there continue to be thousands of women, and indeed many men, who live lives as victims of unprovoked violence, often finding themselves trapped in cruel relationships, relationships that at their origin they may have entered into with so much joy and hope for the future.

In February 2015, I received an invitation from the Under-Secretary General and Executive Director of UN Women to become a Champion of the He-for-She campaign.

This global campaign is one that has the engagement of men and boys at its core, seeking to bring one half of humanity together in support of the other half of our human family, and engaging institutions and organisations that are in a position to influence change within communities, and particularly in relation to those settings where women are most vulnerable to gender inequality and discrimination.

Violence against women and girls is one of the most widespread, persistent and devastating human rights violations in our world today. Kofi Annan, then Secretary General of the United Nations, declared in a 2006 report published by the United Nations Development Fund for Women:

“Violence against women and girls is a problem of pandemic proportions. At least one out of every three women around the world has been beaten, coerced into sex, or otherwise abused in her lifetime, with the abuser usually someone known to her.”

Every day we wait for this appalling abuse of women and girls to end is a day too many. And let us once and for all put an end to the suggestion that any of this violence can be covered by an appeal to cultural practice. Violence is violence. Let us hear it across the world.

Violence against women in Ireland remains shockingly prevalent, with one-in-four women having been abused by a current or former partner according to recent statistics. We know from research that domestic violence tends to form a pattern of behaviour rather than an isolated event; that domestic abuse can also be linked with incidents of child abuse; that, in its extreme form, domestic abuse can and does result in female homicide – since 1996, approximately 250 women have died violently in Ireland, with two-thirds killed in their own homes.

Domestic violence remains a problem at elevated risk for women who are part of a minority. According to the Women’s Health Council, non-indigenous minority ethnic women are over two-and-a-half times more likely to seek services from gender-based violence organisations.

Trafficking and sexual exploitation remain areas of gender violence that requires increased international efforts to tackle. The statistics are grim. A study from the United Nations’ International Labour Organisation estimated that 3.8 million adults and 1 million children globally were victims of forced sexual exploitation in 2016, with the majority of these women and girls trafficked into commercial sexual exploitation. Research has revealed severe levels of violence amongst trafficked women: 95 percent of women had been subjected to physical or sexual violence, with 75 percent physically hurt, and 90 percent reporting sexual assault.

One of the darkest consequences, at the level of the person, of COVID-19 has been its impact on levels of domestic violence. Calls to gardaí regarding domestic violence increased by one-fifth this year, and I understand that calls to your organisation have risen by 43 percent.

Violence and abuse impoverishes lives. It is often inflicted by those to whom victims are intimately related or connected, thus making their homes not the places of safety and security they should be, but spaces defined by angst, fear and uncertainty. Internationally, violence has become a weapon of war, with rape of women and men reported in several recent accounts, such as that which occurred in Sudan in June last year.

Violence is not inherent in the human being. It is learned, copied, imitated, and absorbed in an insidious acculturation process. Such violence is often now, correctly, considered a form of hate crime, committed against women or girls specifically because they are female. Such violence may be sourced in ignorance and even invoked, as I have said, with an abuse of power, as a tradition or part of a culture.

We must assert – I cannot repeat it often enough – and in the strongest possible terms, that there can never be any cultural rationalisation for gender violence, and such violence needs to be called out for what it is: an abuse of rights formed from a sense of entitlement, superiority, misogyny or similar attitudes in the perpetrator, or because of a violent nature. This is a discussion which must be kept ongoing at the United Nations at every level.

Women’s rights, for all of us – women, men and children – remain one of the great ethical challenges of our time. The international community has failed women for too long, and by failing women, failed humanity.

Over two decades on from the World Conference on Women in Beijing, and the subsequent Committee on the Elimination of Discrimination Against Women, world leaders have, through the United Nations’ 2030 Agenda, re-affirmed their commitment to achieving gender equality and to the empowerment of all women and girls.

As part of the 2030 Agenda, the UN Sustainable Development Goals – constantly on display at Áras an Uachtaráin at Sabina’s request – are the blueprint to achieve a better, more sustainable future for all. They represent a moment of global solidarity and empathy which address our international contemporary challenges, including those related to poverty, inequality, climate, environmental degradation, prosperity, peace and justice.

Goal Number 5 – how wonderful if it were on the lips of every schoolchild and teacher – calls on all nations to “achieve gender equality and empower all women and girls.” The assertion is that the Goals can deliver transformative change for girls only if girls are consulted. Their priorities and needs must be taken into account. Girls should not be viewed, in any simplistic sense, as mere beneficiaries of change, but rather be acknowledged, respected and heard as agents of change. Engaging women and girls in the implementation of the Sustainable Development Goals is therefore crucial.

In conclusion, we must here at home and abroad and at every level continue to raise public awareness about the issue, as well as increase both policy-making and resources dedicated to ending violence against women and girls worldwide.

Let us all commit to vindication of what has been agreed at the United Nations, call out nations and institutions who covertly or overtly make gender violence acceptable, walk in solidarity with those in our society who suffer from emotional and physical abuse, and do all we can to raise awareness of this most important rights issue. This would be such an essential step towards true democracy, towards an Ireland defined by equality and a spirit of shared humanity.

May I finish by saying what a privilege it is to recall the courage of the early founders of Women’s Aid whom Sabina and I knew and so respected their courage, and can I congratulate the staff and volunteers of Women’s Aid who continue this work in new and challenging times. I wish you all a most stimulating and enjoyable virtual conference.

Can I join, too, with you all in a plea to those women who may be living in abusive circumstances to seek help from Women’s Aid and the Gardaí, so that the cycle of domestic violence can be broken, and that out of the darkness of such abuse they can emerge into a brighter future of respect and freedom. 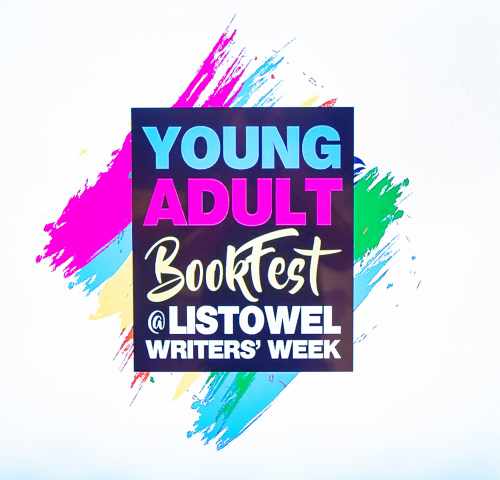 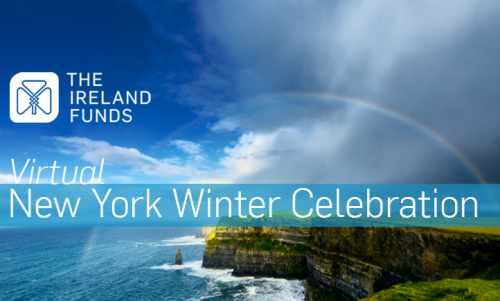