As President of Ireland, I welcome the fact that at your global summit this year you are addressing the theme of the world of work in the context of COVID-19.

The pandemic has forced a return to basics that none of us, including the ILO, can afford to ignore; questions such as how did we come to value so little, take for granted, essential work and essential workers? We have been shown what the consequences are of privileging those remunerated in a financialised global economy over those who worked in the provision of universal basic services, or indeed worked in the real economy.

The task now at hand – to create a society that is more equal, one in which all work is valued, and all jobs are decent, fulfilling and secure, together with adequate social protection – is far from an easy undertaking given the current geopolitical atmosphere and the recent, if now thankfully fading, fixation with a neoliberalism that was not open to critique in terms of assumptions, practices or consequences.

The COVID-19 pandemic has shown us, as if proof were needed, how the paradigm in which our economies has operated for four decades now has forced a shrinking of the space of the State, undervalued frontline workers and those providing essential services across the economy. From this demonstrably failed model of economy we must free ourselves, make a new balance between economy, ecology, society and culture.

How hugely regrettable it would be, what a lost opportunity, if, through some form of evasion or moral cowardice, we as a society were to continue a disregard for the efforts of these women and men, our essential workers, that, having paid them a fulsome tribute for putting themselves and their families at risk for us all, we were to revert to where we were before the crisis.

We are all responsible for what we know but choose to ignore. I know that, as I speak, the treatment of workers in sweat factories across the world cries out to humanity. If we are not achieving the defence of workers’ right to collective representation, are we not in bad faith if we seek to absorb ourselves in the abstract thickets of discourses that are the mere projections of what is failing, and is even destructive?

This Covid-19 crisis, that follows the earlier banking crisis, has laid bare the consequences of profound economic and social inequalities, which, taken together with widespread inadequacies in social protection, have scarred our global landscape for many decades. Tragically, instead of recognising the inequities of current systems, many governments and employers across the globe have used the crisis to further restrict the rights of working people – through limiting collective bargaining, disrupting the right to strike, excluding workers from participation in the economy through their unions, and, in some cases, impeding even the registration of unions as part of civil society.

The pandemic has clearly shown, too, how highly mobile workers who frequently move within, or in and out of, the EU are irreplaceable during a public health crisis, yet they often remain the least protected.

As to the task of redefining work, we continue to witness increases in precarious employment, contract working, and an ongoing casualisation of labour, with new and emerging trends in work practices that are often deemed ‘innovations’, innovations insofar as they provide new means to maximise profits for employers, but in their practical delivery reveal the ongoing erosion of employees’ hard-won labour rights.

The trend towards the spreading and deepening of digitalisation continues, and while such a trend need not be wholly negative, if offered within a social economic model, we can see how online workers often are not covered by the most basic employment law or collective agreements, all rationalised in the name of innovation, flexibility, productivity. Moreover, such workers seldom have access to social protection, paid leave or paid training, owing to the fact that the platforms that are accountable but to a minimal degree, platforms who see the ILO as irrelevant, and who require or induce workers to register as self-employed.

The International Labour Organisation has a crucial role in ensuring that Governments’ labour policies are ethical and equitable, and in helping to bring about a vision of a fairer society and economy, one that promotes decency in the labour market, inclusivity and sustainability in its many forms.

Surely, therefore, the ILO is well-positioned to play a transformative role in tackling these adverse trends to which I have referred by exposing and working to outlaw such evidently inequitable practices, practices that are becoming pervasive in too many of those very sectors in which essential workers continued to perform their duties during the recent crisis and thus enabled society to continue to function at some basic level.

Taking all of what I have said into account, one can recognise how important the responsible, responsive employer is, and the important role played by those who place themselves within the ILO family. Their concern for social cohesion, I believe, has made them and continues to make them potential allies in anti-poverty and social inclusion campaigns. We need now, however, a strong and activist ILO membership that will expose the abuses that tarnish the very idea of multilateralism in labour rights. We need an ILO whose membership is willing to pursue an appropriate achievable utopian vision for our times.

The philosophical concept of ‘The Dignity of Labour’, so much advocated by Mahatma Gandhi – in which all types of jobs are respected and treated equally, in which no occupation is considered superior or inferior, and jobs are not discriminated on any basis was utopian in its day. However, while it was safe to make reference to this vision in texts, it took COVID-19 to remind us of its importance in the reality of our times. I ask the ILO: is it not the fundamental ethic of work as human fulfilment that we should be striving to advocate, be campaigning for the fundamentals of decent, secure jobs, with job satisfaction and an enhanced quality of life?

Let us all commit to becoming activists in an international campaign for decent work, to playing our part in the creation of a society that removes the obstacles standing between so many of our people and their personal and community fulfilment. Let us commit to valuing all of those heroic workers who risk their lives and their security to support us. Let us, in these new conditions, defend their rights, as the founders of the trade union movement did more than a century ago. I wish the International Labour Organisation well as it faces the challenge of adjusting and achieving a progressive multilateral institutional agenda on these most basic issues for humanity. 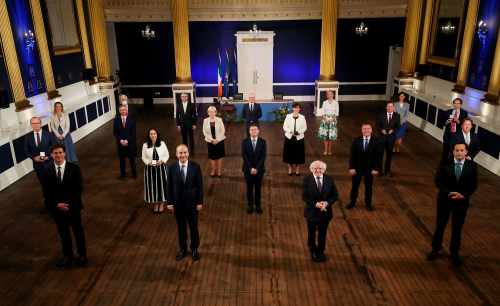 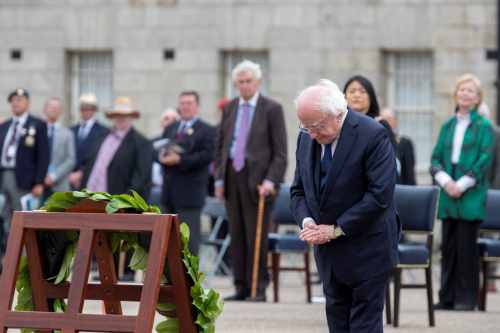