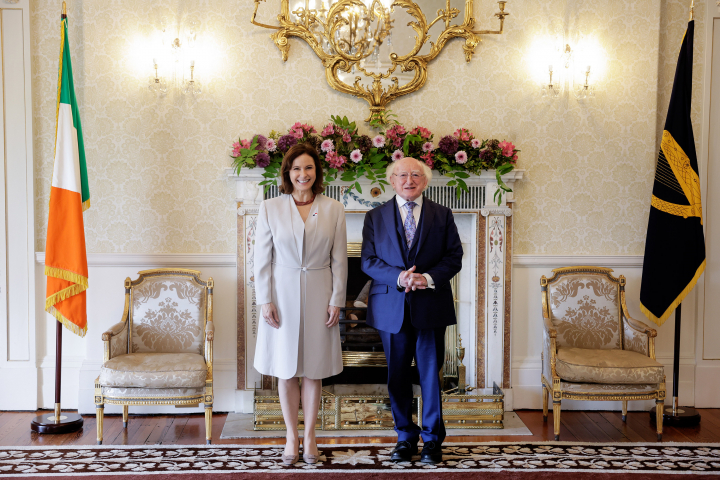 H.E. Dr. Nguyen Hoang Long, Ambassador of the Socialist Republic of Vietnam was accompanied by Dr. To Minh Thu, Deputy Head of Mission.

The Ambassadors were accompanied to and from Áras an Uachtaráin by an Escort of Honour consisting of a motorcycle detachment drawn from the 2 Brigade Cavalry Squadron, Cathal Brugha Barracks, Dublin, under the command of Lieutenant Colm Layton.

A Guard of Honour was provided at Áras an Uachtaráin by 6 Infantry Battalion, 2nd Brigade, Custume Barracks, Athlone, under the command of Lieutenant Jack McMahon. 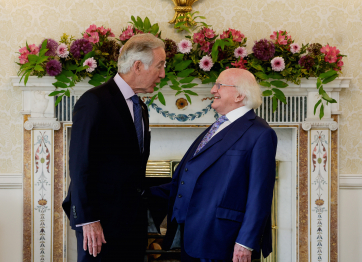 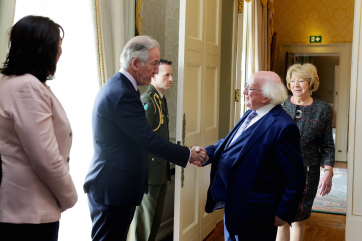 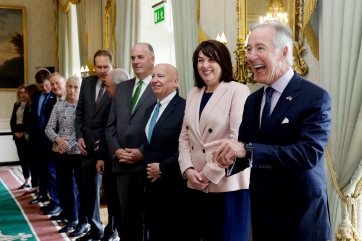 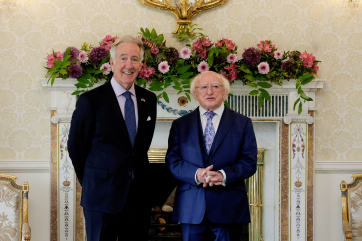 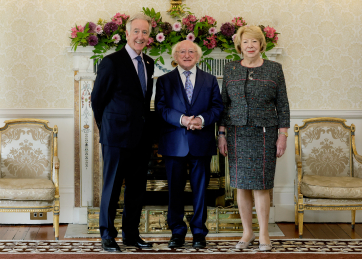 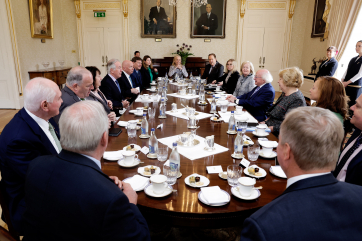 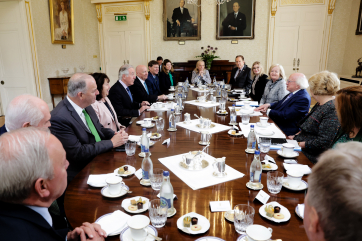 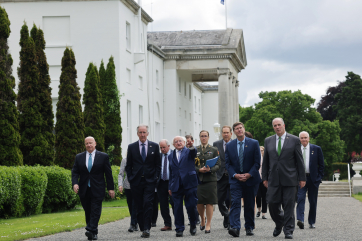 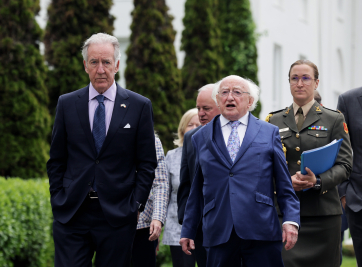 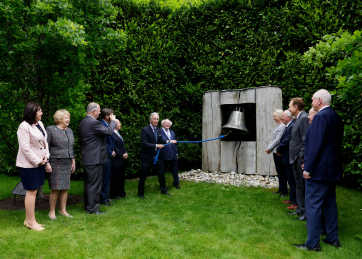 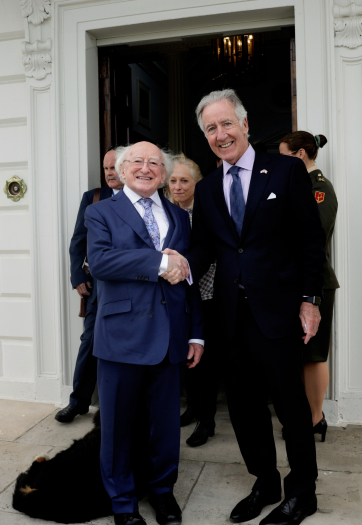 President hosts the fifth in the series of Machnamh 100 seminars, entitled “Constitutional, Institutional and Ideological Foundations: Complexity and Contestation”